“I think there is a tendency in this country to sort of overstate the amount of clout we have in the world these days," Sir David Lidington said. 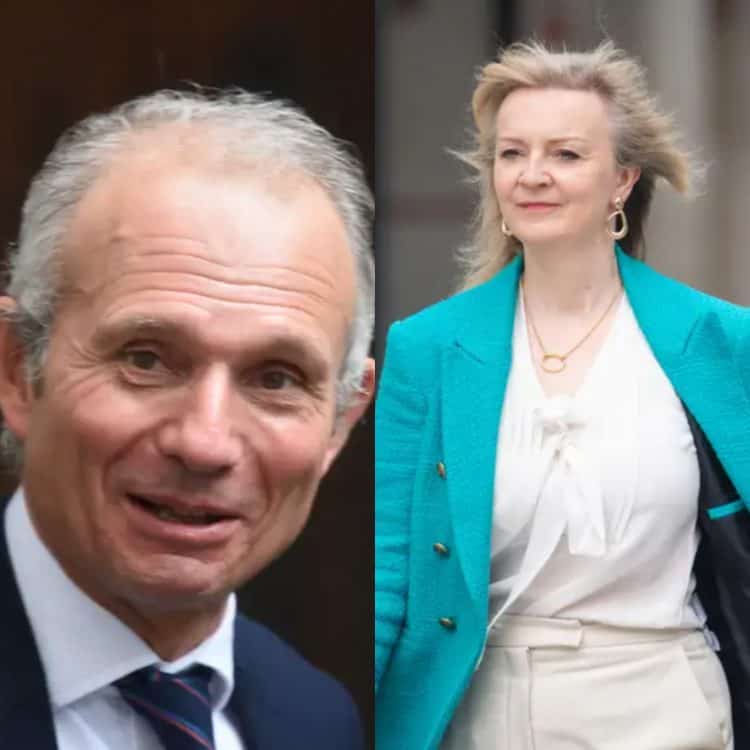 A former Tory MP who did not seek reelection in 2019 said Liz Truss has a responsibility to turn Global Britain from a slogan to something that makes a difference to UK’s interests for decades to come.

Sir David Lidington said excluding European states from Global Britain would be “perverse to the extreme”, warning about Britain’s tendency to overstate its current power on the world scene.

Lidington’s comments were made at an event discussing a new report looking into how Global Britain is perceived around the world – alongside researchers and academics from King’s College London and UK in a Changing Europe.

He said “it struck him” that the report found post-Brexit opportunities are things the UK should have been doing, whether inside or outside the EU.

“Global Britain and European Britain are complementary, they’re not contradictory, and the idea that you should have a Europe-shaped hole in your global strategy seems to me to be perverse in the extreme,” Lidington said.

He said the UK is currently “around the top of the second tier” among the world’s countries in terms of its power, adding: “I think there is a tendency in this country to sort of overstate the amount of clout we have in the world these days.

“I think it’s right to be clear-eyed about it, we’re not in the position that we were in those famous snapshots of the Big Three – Churchill, Stalin and Roosevelt meeting in the aftermath of World War Two.”

He said the Foreign Office is “still a pretty demoralised department”, and that “there is no getting away from the outcome of the referendum and the removal of responsibility for a huge amount of European policy”.

‘From slogan to action’

“I think there’s a real challenge now for Liz Truss as the new foreign secretary, to re-establish the department as the thought leader in Whitehall as to what Global Britain means, and actually take the lead in putting together the operational plan to turn Global Britain from a slogan into something that really does make a difference to this country’s interests in the decades to come,” he said.

But Dr David Roberts, senior lecturer at KCL, said the UK cannot compete with “the scale and size of the EU”, and that joining the Trans Pacific Partnership which Britain has applied for earlier this year is not a replacement for the European bloc.

He said that there is a positive sign in the recent appointment of a new UK trade commissioner to Eastern Europe and Central Asia, but note that “to achieve something meaningful, we are going to have to work with whatever friends and powers are in place.”

Gesine Weber, KCL researcher, said Global Britain is not just about security, but also about trade – and that the UK will need to recreate structures it lost when it left EU’s institutionalised trade system.

France ‘may forgive but not forget Aukus’

But she thinks France is a key partner which ‘may forgive, but not forget’ that the UK has signed a new security deal with the US and Australia, in what has been an intense row this week.

“I’m sure that this incident will definitely mark at least a generation of French diplomats and policymakers, and might indeed, influence the trust amongst two countries,” she said.

And she thinks Britain “shot itself in the foot” with the Aukus pact, because bilateral cooperation with France could have “opened the door to flexible formats of European defence cooperation, or even with EU defence”.

However, Professor Anand Menon, director of UK in a changing Europe, thinks there is an explanation regarding why Britain chose to upset France in this manner.

He questioned whether politics-wise it may be better for the Tories to be seen working with Australians, Americans, or “whoever”, rather than Europeans.

Menon said: “The politics of Brexit means the government might see it as in his interest not to be seen to be working too closely with the Europeans, hence the decision to drop the security and foreign policy elements contained in the original political declaration to have no agreement with the EU.”

Menon questioned whether the legacy of Brexit means that European states may not trust the UK anymore for future collaborations.