Meaning ‘butcher’ in Italian, the group has six restaurants in London and one in Milan. 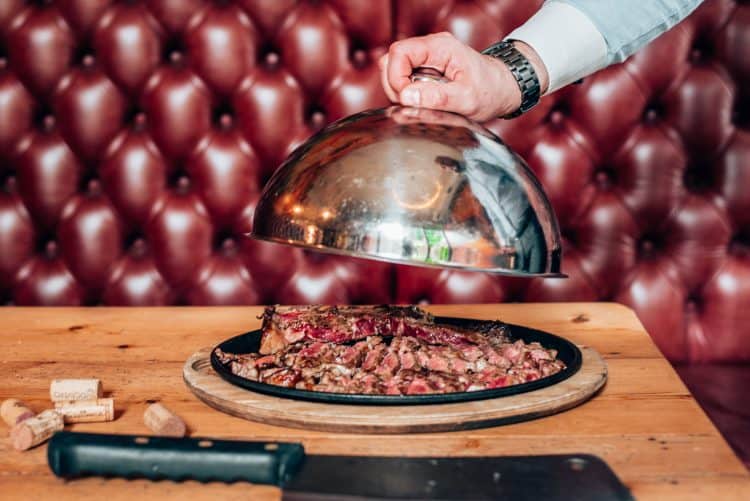 When we think of Italy’s bounty of exceptional produce, beef is rarely considered. But while Italian restaurants continue to predominately focus on pasta dishes, Macellaio RC showcases exemplary Italian steak.

With ‘macellaio’ literally meaning ‘butcher’ in Italian, Macellaio RC is touted as “The Italian Butchery with Tables”, specifically celebrating Italian Fassona beef. London is currently home to six outposts, with one in Milan. Founded by restaurateur Roberto Costa, the original concept was born 13 years ago in Genova and has since evolved through several projects.

On Macellaio RC, founder Roberto Costa said: “After several years, I have realised the best way to work with food is to never compromise on quality. I consider myself lucky to be Italian, to be born amongst the best ingredients available in the world, and only now I realise how we have mistreated them and I want to truly embrace the phrase ‘Made In Italy’.

“The decision to pursue my entrepreneurial adventure in London was not taken by chance. Here I met real people, candid and sincere, that have given me, and continue to do so, the opportunity to learn new things; an effervescent market and a demanding clientele, at the same time passionate and knowledgeable, who give me the best incentives to succeed”.

While the Macellaio RC concept revolves around Fassona beef, each of the brand’s restaurants has an additional area of interest, playing a supporting role. At the Southwark restaurant, a Ligurian bakery highlights Pissa; the Fitzrovia restaurant showcases artisan pizza and premium red meats from the Italian mountains; and the Exmouth Market site offers a ‘Battle Royale’ between Fassona beef and Sicilian bluefin tuna.

With dedicated authority controls and the population of Bluefin tuna growing to similar numbers to those during the 1970s, Macellaio RC buys tuna directly from an Italian tonnara, ensuring its fish is sustainably caught. As the only warm blooded fish in the world, Macellaio RC’s menu describes it as the “steak of the sea”, butchered into four quarters (like beef) and dry-aged in-house for 10 days. During a recent lunch at the Exmouth Market restaurant, a tuna tataki featured slices of quickly seared fish simply seasoned with rock salt and served alongside scant dollops of horseradish tamed with yoghurt and a whisper of honey, so as to avoid overpowering the fish, ultimately allowing its exceptional quality to shine.

Naturally, Fassona beef also featured. A world-renowned breed from Piedmont, Fassona’s provenance dates back to the Palaeolithic era (around 2500-3000 years ago). Having been used for centuries for dairy and labour, female cows are typically used for beef as the testosterone in males can make the steaks too tough and strongly flavoured. These white cows are grass-fed and roam uphill during the summer when there’s not enough grass in the foothills, leading to huge, exercised muscles. The final product is tougher than the likes of Wagyu or corn-fed USDA beef, but the taste is arguably superior. Traditionally, the cattle are also given particularly good lives and raised on small farms, which is reflected in the taste. At Macellaio RC, cows are bought in aged four and up, then dry-aged and butchered in house.

A post shared by The London Economic Food (@tle_food)

A Fassona steak tartar with finely hewn beef and lightly spiced gorgonzola was highly recommended, arriving at the table capped with a puck of cheese, melted tableside with a blowtorch. The gorgonzola brought plenty of flavour to the dish, but little by way of textural balance; also slightly overpowering the beef’s delicate flavour. Far better was the Fiorentina Del Macellaio – a Fassona T-Bone steak to share, aged for 7-9 weeks. Although seeming quite expensive at £8.20 for 100 grams, a kilo of steak is plenty for two and boasts relatively good value when compared to the likes of other sharing cuts served elsewhere: including Hawksmoor’s T-bone at £8.50 per 100g, nearby Quality Chop House’s bone-in ribeye for £10 per 100g, or the cheapest steak from CUT at 45 Park Lane by Wolfgang Puck, which costs in excess of £12 per 100g.

Presented at the table, on its way from butcher to kitchen, the steak was cooked quickly; heavily charred on the outside, but rare in the middle. Simply seasoned with flaked rock salt the beef had a clean taste with slight sweetness and a long aftertaste, while the perfectly rendered fat had a deliciously insalubrious, eggy flavour with buttery texture. Simply, it’s exceptional: one of the best steaks in London, rivalling even the most prestigious Wagyu, Galician, or even outstanding British alternatives.

RELATED: A celebration of food: The Sopranos and its untouchable cultural impact