A Romanian MEP has asked Brussels to step in after it emerged that 60 per cent of EU citizens stopped by UK border officials post-Brexit are from Romania. 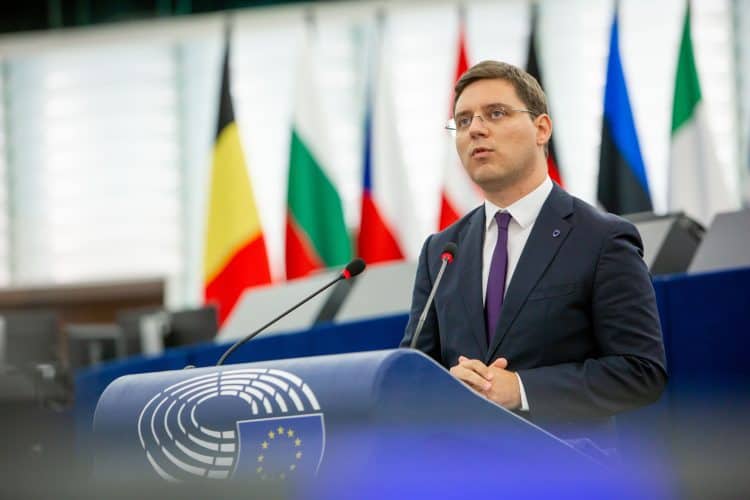 A Romanian MEP has asked the European Union to step in after it emerged that 60 per cent of EU citizens stopped and questioned at UK borders since Brexit are from Romania.

Victor Negrescu, who represents Romania in the European Parliament’s Socialists and Democrats group, said the UK “would lose out if Romanians stopped feeling welcome in the UK”.

And a German colleague spoke out in his support, using the hashtag “Nazis Out”.

Negrescu told The London Economic: “The figures are worrying both in terms of the percentage and numbers-wise compared to other European states.

“This fact can suggest profiling based on nationality. I don’t think Romanians represent a bigger risk than other European citizens and according to the agreement with the EU, they benefit from the same rights as other EU citizens.”

“The UK would lose out if Romanians stopped feeling welcome in the UK. Romania would be very happy to welcome back all the Romanians in the UK.

“But the most important thing to me, as a representative in the European Parliament and as a Romanian who lived abroad for many years, is that they feel welcome and respected wherever they decide to live.”

Speaking about the high percentage of Romanians stopped and checked at the UK border, Negrescu said on Twitter that he has asked the European Commission to step in.

“We cannot accept that. We are the political family that fights for equal rights and a fair partnership with the UK,” he said.

German MEP Ismail Ertug issued a prompt reaction to Negrescu’s post telling him “your fight is our fight” and adding the hashtag “Nazis Raus”, which means “Nazis Out”.

Ertug said UK’s treatment is “another way of discrimination” and “totally unacceptable”.

He added: “All Romanian people can count on our solidarity. Racism will not prevail. Never again!”

A European Commission spokesperson told The London Economic: “The protection of citizens’ rights is of paramount importance to the EU.

“We will be vigilant to ensure the Withdrawal Agreement is implemented fully.”

The backlash comes after government data first reported by The Guardian revealed that of the 7,249 people stopped at ferry ports or on Eurotunnel and Eurostar services, 4,482 were from Romania – with only five from Denmark, 59 from Belgium and 144 from France.

EU has been ‘vigilant’

In May, The London Economic revealed the case of a Spanish woman forced by UK border agents into an immigration detention centre upon arrival, who was later revealed to be one of dozens of EU citizens to have gone through the ordeal.

Over the past few months, EU officials have repeatedly expressed concern over the UK government would “act in good faith and fully implement the terms of the agreements which it has signed”.

In April, Christophe Hansen, rapporteur for the Committee on International Trade, said: “Ratification of the agreement is not a vote of blind confidence in the UK government’s intention to implement our agreements in good faith.