"Who hasn’t spent thousands on juggling lessons? I’ve had to cut back recently but still manage a few hundred a week." 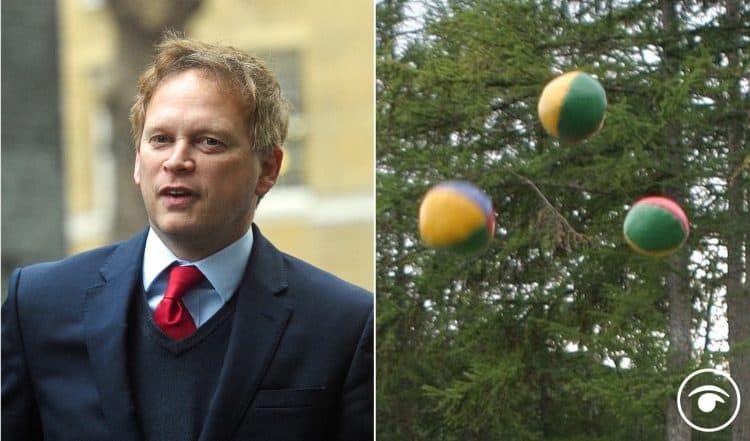 The news of the Department for Transport (DfT), run by Grant Shapps, has wasted more than £2,000 of taxpayers’ cash on an away day involving juggling won’t do much to improve the government’s standing with the public.

The story echoes a Thick of It scene, but more of that later.

The £2,074 session – revealed by the i on Monday – took place last December with a gathering of 38 DfT staff members.

Run by the teambuilding company Zing Events, the 20-minute “group juggling” activity involves the group being “taught how to juggle as one team, passing the juggling ball onto the next person while receiving a juggling ball from your other side”.

Grant went on LBC and said: “‘It won’t be happening again!’

However, he refused to brand the training ‘bollocks,’ when he was asked by presenter Nick Ferrari.

Well, this away day from the Thick of It may well strike a cord…

Related: Viral vid slams Shapps’ defence of PM: ‘The Ministerial code is clear HE MUST RESIGN’