"This is as damning as it is concise." 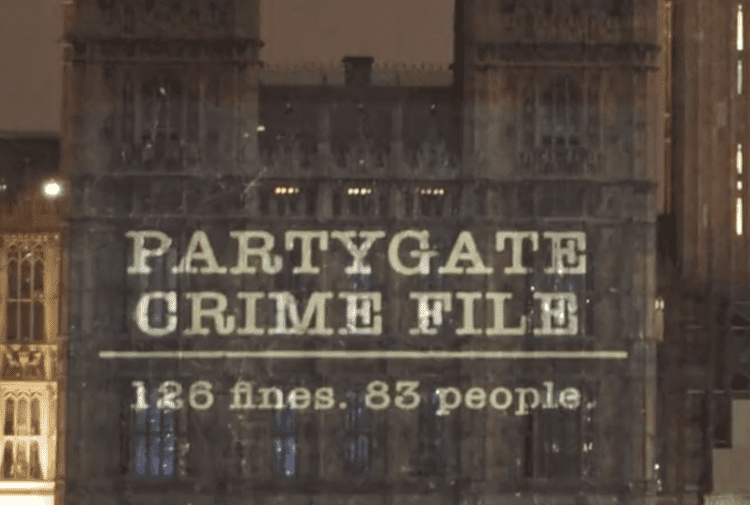 Downing Street insiders have described chaotic mid-lockdown parties in No 10 they felt were condoned by Boris Johnson as he “was grabbing a glass for himself”.

It comes as campaign group Led By Donkeys have created another stunt to hold the government to account.

Three anonymous individuals have told BBC Panorama in detail what they witnessed at regular rule-breaking events during coronavirus restrictions.

Their evidence will heap further pressure on the Prime Minister ahead of the publication of the Sue Gray inquiry into “partygate”, which No 10 expects on Wednesday.

Party debris was left overnight for people arriving at work the next day to discover after staff crowded together and sat on each other’s laps at parties, according to the attendees.

The campaign group projected the entire timeline of the ongoing saga onto the Parliament building.

A voiceover by Gavin Esler talks about of all of the ‘lies’ the public has been told about the lockdown ‘parties’, is added to the projected images.

Led By Donkeys tweeted the video and wrote: “People stuck to the rules while the PM partied. And his MPs don’t care.”