"Can’t wait to see the Tories ‘cost cutting tips’ on this when school meals are even more essential now." 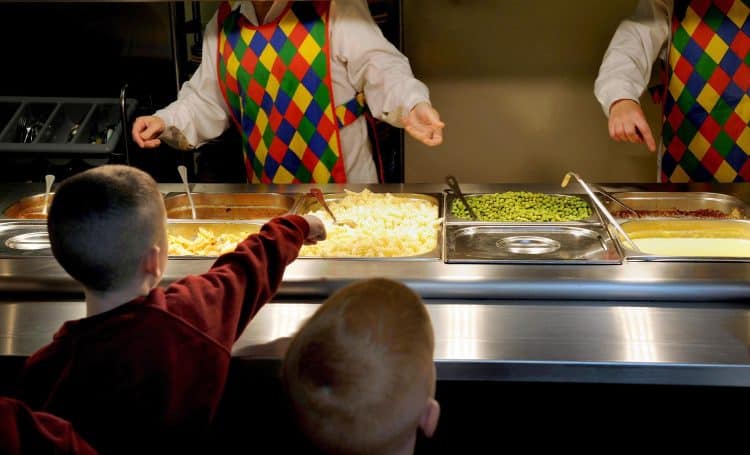 Soaring food inflation could force schools to choose between offering smaller portions at lunchtime and using cheaper ingredients as providers in the sector called for more funding to tackle rising costs.

It comes as high-performing multi-academy trusts (MATs) would not want to take on schools in the 55 education investment areas identified by the levelling up paper because the areas are too risky, a leading economist has said.

Andrew Selley, the chief executive of Bidfood, a food distribution business said: “This is going to lead to some difficult decisions for school caterers: either they are going to serve smaller portions or use cheaper ingredients, which isn’t going to be good for the children.”

“This won’t be happening at Eton. It shouldn’t happen to children in state schools either.

“We should guarantee free and decent school meals for every single child.”

Is this what will happen?

High-performing multi-academy trusts (MATs) would not want to take on schools in the 55 education investment areas identified by the levelling up paper because the areas are too risky, a leading economist has said.

Lord Jim O’Neill, vice-chair of the Northern Powerhouse Partnership, told an event held by the Education Policy Institute and Teach First on levelling up at the Houses of Parliament: “Some of the best MATs would not dream of going anywhere in the North, because it’s too hot.

He said that only three of the 30 local authorities with the smallest disadvantage gaps were outside London.

“The education White Paper and the education Bill that is coming along with levelling up, in my judgment, speaking really candidly … it is really backing a big horse of which so far there remains pretty limited evidence as to whether the academies movement is some magical bullet that’s a gamechanger,” he said.