“This is the first big Remain constituency by-election in England, and I think the dismal ‘embrace Brexit’ mantra may be at least partially to blame," Rejoin EU's leader has said. 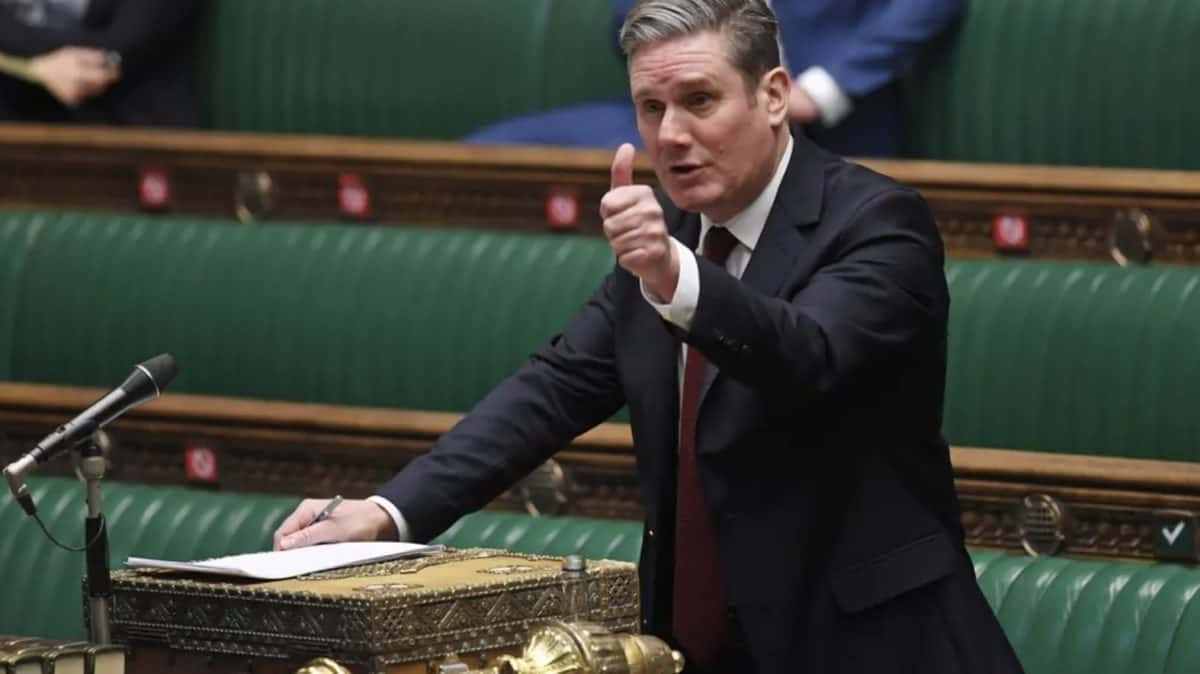 Labour’s public stance of “embracing Brexit” has partly caused the party’s huge defeat in Chesham and Amersham, a party who fights to rejoin the European Union has said.

The statement comes after the Lib Dems won the June 17th by-election in Chesham and Amersham, kicking out the Tories from their stronghold for the first time since the seat was created.

But Labour came fourth and lost their deposit, prompting Rejoin EU leader Richard Hewison to claim the result is down to more than “tactical voting”.

Hewison said: “I do think that the Labour result is a shock. To go from second place and 11,000 votes in 2017, to 600 and a lost deposit strikes me as more than tactical voting.

“This is the first big Remain constituency by-election in England, and I think the dismal ‘embrace Brexit’ mantra may be at least partially to blame.”

Earlier this month, Ed Miliband said on LBC that the party “has got to embrace Brexit because the argument is over” – despite having backed the Remain campaign before the 2016 EU referendum.

“We’ve got to build a post-Brexit future,” he insisted.

And last month, Manchester Mayor Andy Burnham told The London Economic that Brexit is “a new reality in the UK” and “everybody needs to embrace it”.

Burnham added rejoining the EU is ‘gone’ but Scotland should be a cause for concern, in that it could break away from the United Kingdom.

Hewison said the Lib Dems still have a lot of work to do on their Brexit stance, and hence he didn’t expect an 8,000 majority for the new Lib Dem MP Sarah Green.

But he expressed delight at seeing the Tories “punished in their heartland”.

Hewison said: “I am simply amazed by the scale of the Lib Dems victory. I thought they’d do well, but I certainly didn’t expect an 8000 majority. Sarah and her team are to be congratulated on a truly outstanding campaign.

“Whilst the Lib Dems as a whole still have a weaker position than I’d like on EU membership, it is good to see the Conservative Party that has wrecked our country punished in it’s heartland.”

Hewison said a lot of people in Chesham and Amersham were supportive of Rejoin EU’s goals, but they wanted the Tories gone.

He labelled the 101 votes Rejoin EU obtained for their first candidate in the area, Brendan Donnelly, as “cosmic trolling”, because the party was aiming for “any three-figure vote”.

But the party keeps optimistic after a good result in their first London Mayor elections last month.

After coming sixth out of 20 mayoral candidates on 6 May, Hewison told The London Economic last month that the party was “well on the way to getting the Rejoin voice heard”.

He said: “We started a conversation in many people’s minds where people were saying ‘it’s too early’ – it’s never too early to give people their rights back. It’s not just EU citizens, it’s young people being stripped off their rights for a lifetime.”

And he said Lib Dem Luisa Porritt’s loss in London was down to a “lethal mistake” of not speaking about Brexit. “As a result, they lost the deposit. I hope everyone will learn from this mistake,” Hewison said.