“Potentially one of the most embarrassing things I’ve seen,” one Twitter user announced. 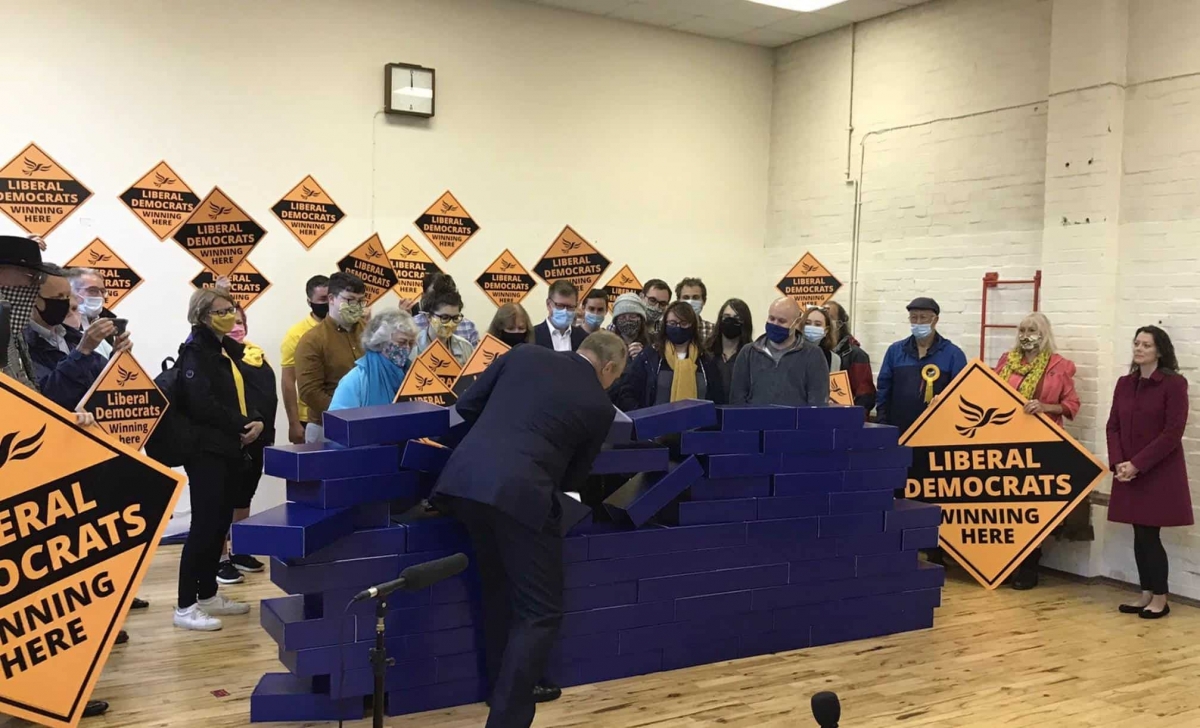 Lib Dem leader Sir Ed Davey has demolished a ‘blue wall’ with a small orange hammer to mark his party’s victory against the Tories in Chesham and Amersham.

In the video, Davey asked: “Do you know what happens when a really powerful, strong orange force goes against a blue wall?”

He then warned his team to “stand back” stirring a wave of laughter – and proceeded to break the wall.

Jonathan Fisher said: “Use it on my head immediately please.”

“BoJo did it better with a forklift truck, and that was the worst to watch… until now.”

use it on my head immediately please https://t.co/hK1uRwDwmR