Cometh the hour, cometh the man. 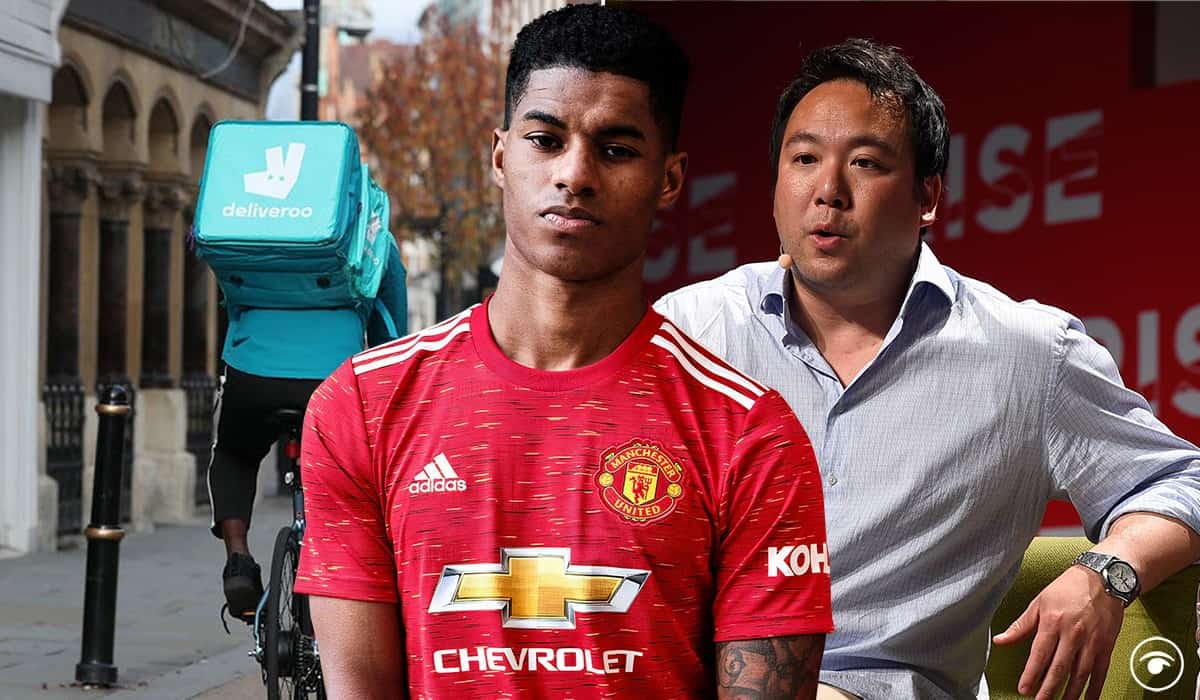 Poverty campaigner Marcus Rashford is set to hold emergency talks with Deliveroo after an investigation revealed many of its riders are earning less than the minimum wage.

The food delivery firm found itself in hot water this week after an report by the Daily Mirror, the Bureau of Investigative Journalism and ITV News uncovered how some riders working for the firm are facing debt while boss, Will Shu prepares for a stock market flotation that could net him £500 million.

Despite claiming that its 50,000 riders are paid more than £10 an hour on average and “regularly over £13 at busy times”, the analysis showed that on more than half the shifts in the sample (56 per cent) riders averaged less than that.

Meanwhile, 41 per cent of the shifts sampled made on average less than £8.72, the national minimum wage, and one worker even reported earning as little as £2 an hour.

Rashford to step in

But cometh the hour, cometh the man, with Rashford preparing to step in as soon as he returns from international duty with England.

According to a spokeswoman: “Marcus is currently within the confines of the national team camp but will discuss the investigation with the Senior team at Deliveroo in detail at the earliest opportunity.

“The Child Food Poverty Taskforce was built to support the most vulnerable children across the UK. Minimum wage is the absolute starting point to stabilising households where children are vulnerable. This discussion will be had privately to acquire clarity.”

Earlier this week Vicky Ford appeared to put her foot in her mouth after she tried to take credit for Rashford’s free school meals campaign – despite voting against it.

The children’s minister was met with disbelief by hosts Adil Ray and Susanna Reid after she claimed the footballer ‘didn’t have the impact we all think’ in encouraging Boris Johnson’s government to offer extended help with free meals for school children during the holidays and closure of schools during the coronavirus outbreak.

That is despite the government changing its mind twice after the Manchester United star piled on the pressure to provide for vulnerable children during school holidays.