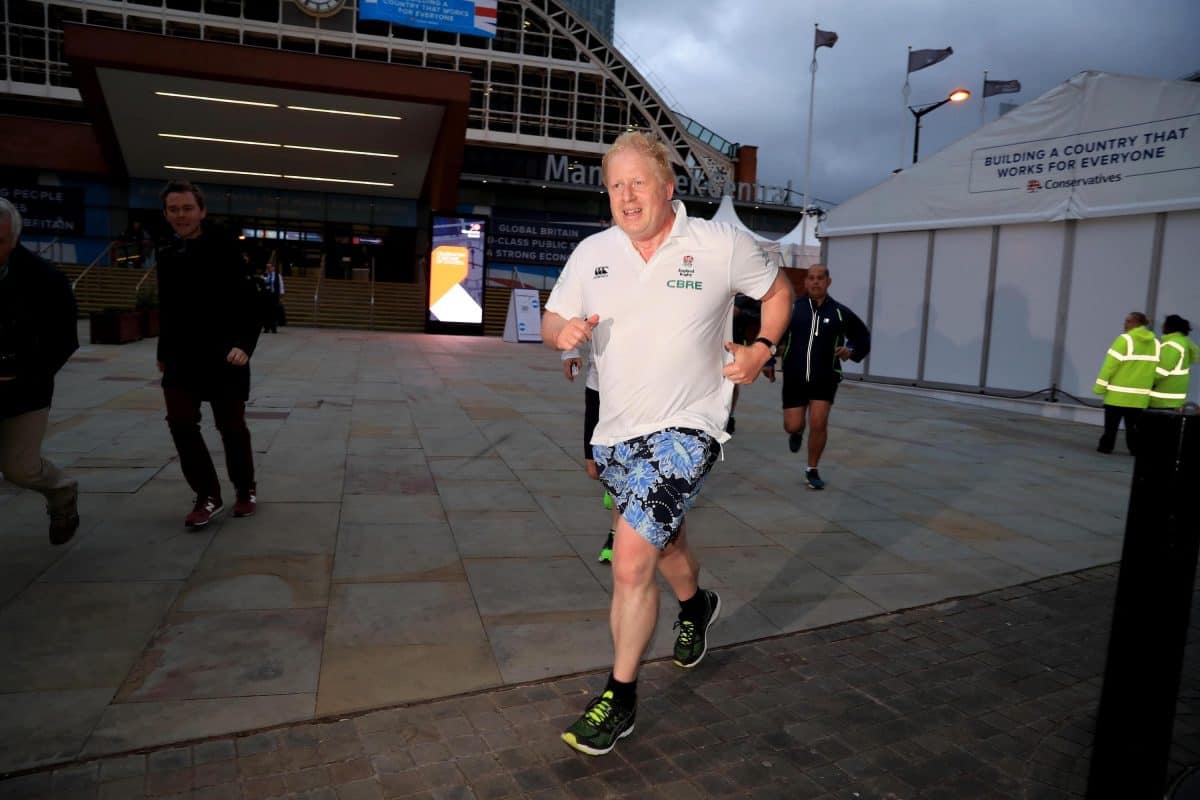 Joggers should wear a face covering when running past others, experts have said.

But they should “run freely” when they are in wide open spaces, they added.

Scientists said there can be a “danger” for pedestrians when a “puffing, panting” jogger runs past them.

Trish Greenhalgh, professor in primary care health sciences at the University of Oxford, told Good Morning Britain: “There is no doubt the virus is in the air, there is no doubt that you can catch it if you inhale, and that someone else has exhaled.

“The exercising jogger – the puffing and panting jogger – you can feel their breath come and you can sometimes actually feel yourself inhale it, so there’s no doubt that there is a danger there.

“Forty per cent of Covid cases happen by catching it from people who have no symptoms. So you’re jogging along, you think you’re fine, and then the next day you develop symptoms of Covid, but you’ve actually breathed that Covid onto someone perhaps you know, an old lady walking a dog or something like that.”

Devi Sridhar, professor of public health at the University of Edinburgh, added that people should wear masks in busy areas but when not surrounded by people they could “take off your mask and run freely”.

“It really depends how close they are to you and how heavily they’re breathing,” she said.

“This can spread through the air and so it is important that runners should think – I do think where am I running and I’m trying to be attentive to pedestrians because the sidewalks are there for pedestrians in busy areas and high streets.

“[When] you’re out in the park, take off your mask and run freely.

“I think we need some consideration for each other right now. We’re in a pandemic and just, you know, think how it feels for other people.

“So if you’re going to cycle in a busy area, wear a mask.”

Prof Greenhalgh added: “I’ve got a mask here and you can pull it up and pull it down and that takes two seconds to do.

“So wear it when you’re going along, jogging on the high street. Take it off when you get to the parks, what I did this morning. It’s not difficult.”

She also said that the World Health Organisation had “dragged its feet” over mask wearing.

Former Labour deputy leader Tom Watson told the programme: “For millions of people in the country, through lockdown three though winter, the only thing they have had is running.

“I don’t think I could do a run with a mask on – it’s hard enough for me to run without a mask.

“The strict rule that should be enforced is social distancing – if you’re a runner you should know obviously you’re breathing more deeply and you should try not to run into people or run near them.”

But he added: “I’ll try the mask today – I think it would be really hard, my glasses will steam up, but I’ll give it a go.”

Presenter Piers Morgan told him: “Tom, mask up, because if I see you charging towards me on my high street there is going to be a confrontation that you will regret.”

Related: Brazilian Covid arrives in UK as PM claims we have ‘very tough regime’ at borders