"What's the point of the Chancellor Rishi 'You'll have to wait until Wednesday' Sunak doing the media TV rounds today to say absolutely nothing other than blow self-satisfied smoke up his own backside for how well he's done in the pandemic?" 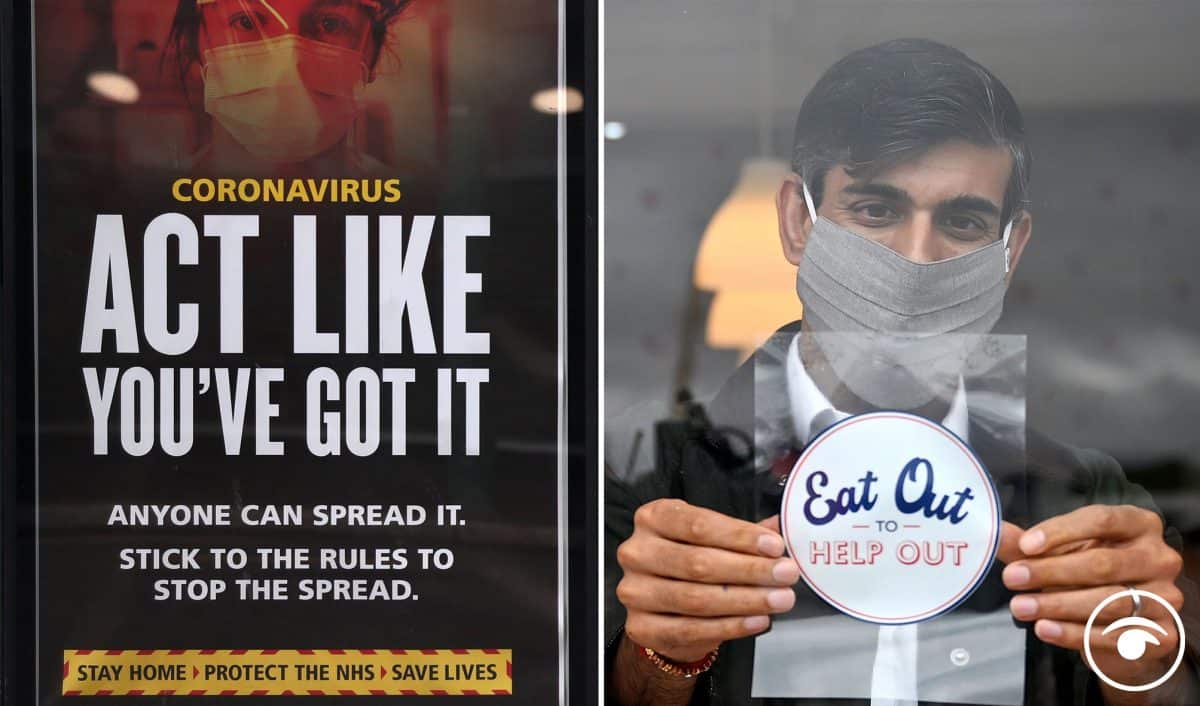 Rishi Sunak has indicated he will extend emergency support packages as the coronavirus lockdown is unwound and did not deny he would first raise taxes before cutting them ahead of the election.

He also denied that his scheme to increase the number of people who took advantage of his discount scheme dined out had helped spread the virus.

The Chancellor insisted ahead of this week’s Budget that he is in favour of low taxes but said he needs to repair the public finances from the “shock” of the pandemic.

He did not deny telling Tory MPs in private that he would raise them now before cutting them in a pre-election Budget in the future.

Mr Sunak said he must “level with people”, with Covid having had an “enormous hold on our economy” that will cause debt to “rise indefinitely” if borrowing continues after the recovery.

But he suggested current support packages for jobs and businesses, such as the furlough scheme, would continue as England comes out of the national lockdown in the coming months.

He said he wants to “support people and businesses along that path” to ending restrictions steadily until June 21, as set out by Prime Minister Boris Johnson.

The Chancellor was pressed on whether he told Conservative MPs in private that he would seek to raise taxes now and then cut them before the election.

“That isn’t going to happen overnight, that’s going to be work that takes time given the scale of the shock that we’ve experienced but if you’re asking do I want to deliver low taxes for people, of course I do.”

Piers Morgan wasn’t veery impressed with Sunak he Tweeted: “What’s the point of the Chancellor Rishi ‘You’ll have to wait until Wednesday’ Sunak doing the media TV rounds today to say absolutely nothing other than blow self-satisfied smoke up his own backside for how well he’s done in the pandemic?”

Ridge also asked “According to the University of Warwick your eat out to help out scheme caused a significant rise in infections…. have you got somethings wrong?”

Sunak replied that he didn’t agree with the study and said that the case of the South West, where take up of scheme was high and infections rates relatively low, of the UK proves it wasn’t a mistake.