"Can't wait to see you topping the bill at Piers Corbyn's 5G in the Park." 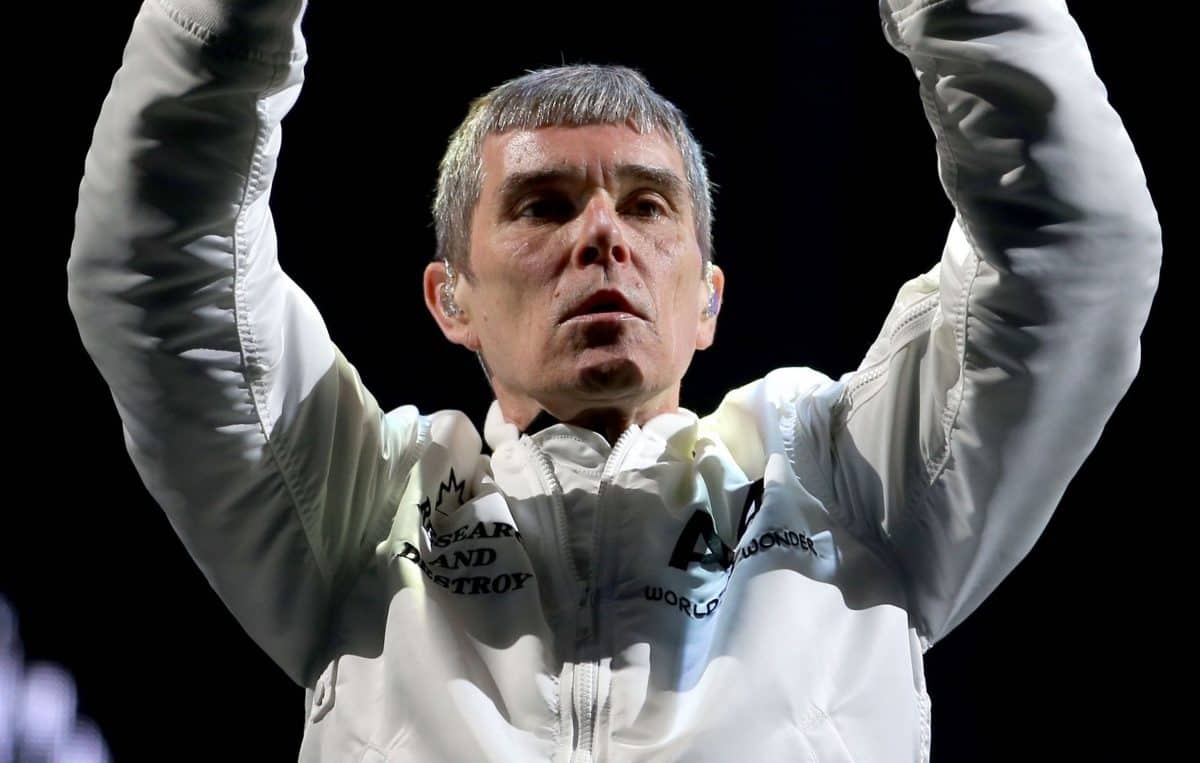 Ian Brown of The Stone Roses on the main stage at T in the Park, the annual music festival held at Strathallan Castle, Perthshire. Credit;PA

A number of people have been arrested as hundreds of protesters took part in an anti-lockdown protest in Dublin. It comes as singer Ian Brown took to Twitter, again, to make his thoughts heard on lockdown and taking the vaccine. Of course we are not saying his comments had anything to do with the unrest.

Protesters clashed with Irish police as they marched through the city centre and attempted to make their way to St Stephen’s Green park.

“From the outset, this protest was ill-advised, fuelled by conspiracy theories and championed by individuals seeking to manipulate the genuine fears of many vulnerable individuals,” he said.

“It was disgraceful to see this protest descend into violent scenes with brave members of An Garda Siochana subjected to intolerable physical and verbal abuse.

“Some of the eye witness footage circulating is extremely disturbing and every public representative should condemn these awful scenes.

“The footage appears to show a lit firework being thrown at members of the gardai by one protester, which is truly shameful.

“These brave men and women risk their lives every day in the service of the people of our State and what they were subjected to today is utterly appalling.”

Stone Roses front man and solo artist Ian Brown has not been a fan of the UK Government’s response to the Covid pandemic. Back in October last year he had this to say.

On Friday he tweeted: “I will NEVER sing to a crowd who must be vaccinated as a condition of attendance. NEVER EVER!”

Then “Certificate Of Vaccination IDentification aka vaccine passport,We dont need no stinking badges!”

And finally “To all festival promoters: Please do not collaborate with SAGE/ GOVT re vaccine passports for entry. Dont help to usher in the new nazi normal.”

Many people had a lot to say at his comments.

Dom Joly can to Ian’s aide but he was swiftly attacked but people who share the singer’s views.

Ian then jumped in with “3 things you cant hide: the sun the moon and the truth! Peace DOM.” Dom Joly probably wonders why he bothered…