He gave no indication of an exact date as to when he will be returning to the show. 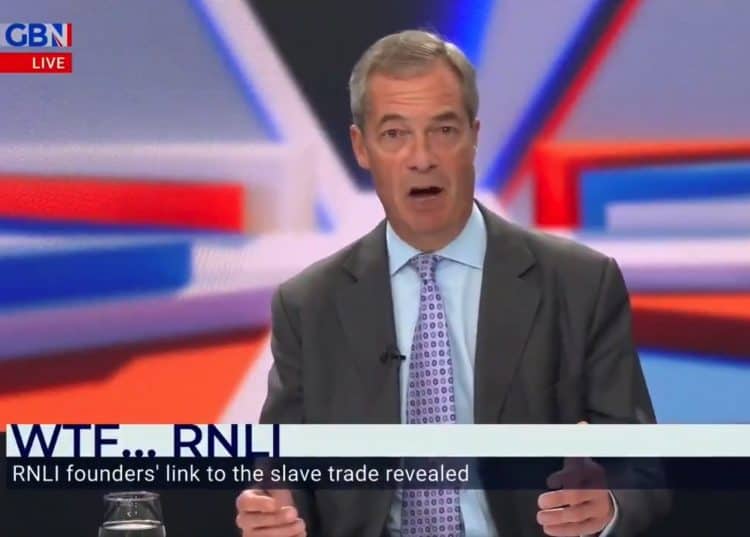 Nigel Farage has followed in the footsteps of Andrew Neil by announcing he is to take a break from GB News – less than a month after joining.

The former UKIPer was wheeled in to revive the channel’s audience numbers after they dropped markedly since its launch.

He brought to the show segments such as “Talking Pints“, in which guests were invited on to discuss the latest issues over a beer.

Extinction Rebellion founder Roger Hallam even made an appearance, and duly managed to wind the so-called environmentalist host up something rotten.

But the former Brexit Party leader has announced he will take a step back from hosting his own flagship evening programme at 7:00 pm from Mondays to Thursdays.

Farage posted an image on Twitter of himself with a beverage in his hand to announce he’d now be taking some time off from presenting duties.

The snap of a relaxed Farage was accompanied by the caption: “Off for the week! Back on GBNews soon.”

This comes just less than a month after the politician joined the channel where he presented evening programmes of the show and said he would take on the tough issues of the day.

Farage’s return date is only defined as “back soon”, giving no indication of an exact date as to when he will be returning to the show.

He isn’t the only person to take an indefinite leave after Andrew Neil announced in June that he would be taking a break from the channel, just two weeks after it launched.

The broadcast journalist said in late June: “Before I take this break, let me say this. Yes, we had a bit of a rocky start with the launch of GB News.”

Neil has yet to return to front his self-titled 8pm slot which kicked off with the launch of the channel.

Instead, fellow co-host Colin Brazier has been made a permanent host in the primetime slot.