"This could be devastating for Boris Johnson once it's looked at by the man who decides what happens when the ministerial code is breached, Boris Johnson," David Schneider said. 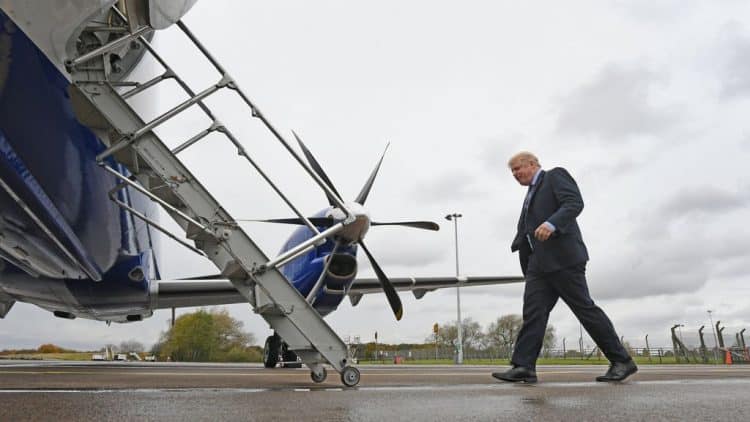 Social media has been abuzz with reaction after it was revealed the prime minister broke the Ministerial Code by jetting to Hartlepool during the by-election on taxpayer funds.

Johnson flew by private jet from London Stansted to Teesside International Airport and met with Conservative candidate Jill Mortimer for a visit to the local company Hart Biologicals, supporting her campaign in the constituency.

The pair then visited a nearby housing estate for doorknocking, leafleting, and speaking to residents.

But the trip was not included in the party’s spending return, which was obtained by Insider, which says the candidate spent nothing on transport.

Electoral Commission guidance says transport costs should include the cost of transporting “party members, including staff members […] around the electoral area, or to and from the electoral area […] where they are undertaking campaigning on behalf of the candidate.”

The rules don’t apply to him

Reacting to the news, Angela Rayner MP, Labour’s deputy leader, said: “Yet again the Prime Minister behaves like the rules don’t apply to him. Taxpayers’ money should not be abused to fund the Conservative Party’s election campaigns.

“The Prime Minister has clearly broken the Ministerial Code, and this time he can’t play ignorant and pretend that he didn’t know what was going on.

“The contempt with which the Prime Minister treats the laws governing election expenses and the rules that are supposed to uphold standards in our public life shows that he is only ever interested in helping himself, not acting in the interests of the British people.”

In Scotland, The National newspaper has called on Douglas Ross to speak up about the Ministerial Code breach, particularly given how vocal he has been about the consequences of Nicola Sturgeon breaking the rules.