"It’s highly likely that an animal abuser will also be abusing humans." 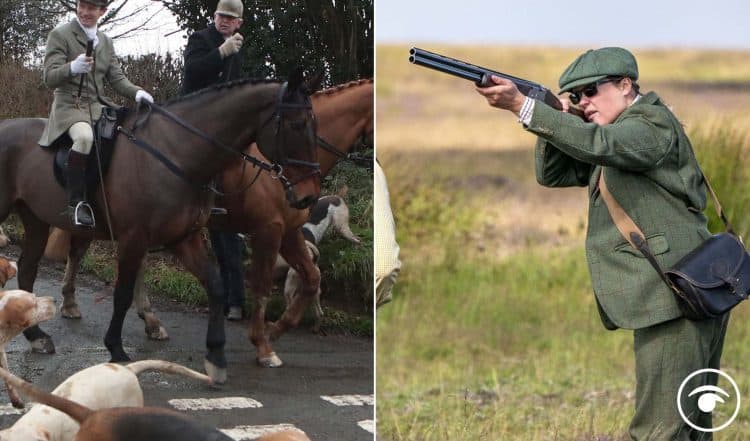 Guardian columnist and passionate environmentalist, George Monbiot took to Twitter yesterday to vent his fury at bloodsports and the mob rule in the countryside.

In the article, he warns of increasingly violent acts against people who stand up to the hunters. He writes: “The attacks appear to be escalating. Last week, two men in balaclavas drove a Land Rover up to the gates leading to TV presenter Chris Packham’s house and set light to it.”

He goes on to question if hunters are getting around the ban, writing: “Hunting animals with dogs has been illegal in England and Wales since 2005, although the law included exemptions. Hunts are permitted to follow a scent trail laid down in advance. But “trail hunting” appears to be widely used as a cover for pursuing animals.”

He also questions why some bloodsports get exemptions. He says: “Other bloodsports also enjoy remarkable legal exemptions. An attempt to introduce a provision for vicarious liability in England, ensuring that estate owners could be prosecuted when their gamekeepers illegally kill birds of prey, was struck down by an environment minister who happened to own a grouse moor and a pheasant shoot.”

As he posted the article he posted a series of tweets damning bloodsports.

“Every winter, parts of the countryside succumb to mob rule, as bloodsports enthusiasts run riot, and intimidate and attack those who object. In some cases, their attacks amount to terrorism. Yet the government of “law and order” does nothing. My column.”

“I contrast the complete impunity with which these thugs are allowed to operate with the government’s response to Insulate Britain, including draconian new laws against protest. I argue that it’s less interested in public order than in creating an uncontested space for power.”

“There appears to be a strong connection between an interest in killing animals and a disregard for human life. Beating up hunt monitors and terrorising objectors seems to be enjoyed by these people as another bloodsport.”

“It’s highly likely that an animal abuser will also be abusing humans. We found not only have most animal abusers been exposed to violence and abuse, but that this has resulted in reduced empathy and a normalisation of aggression”.

“So it’s likely that a society which prevents cruelty to animals will see less harm inflicted on people. It’s in all our interests that illegal foxhunting and other forms of cruelty are stopped. The police need to step up and do their jobs, and the law needs tightening.”