The Mail reported that doctors who don’t see patients in-person will be “named and shamed” in league tables. 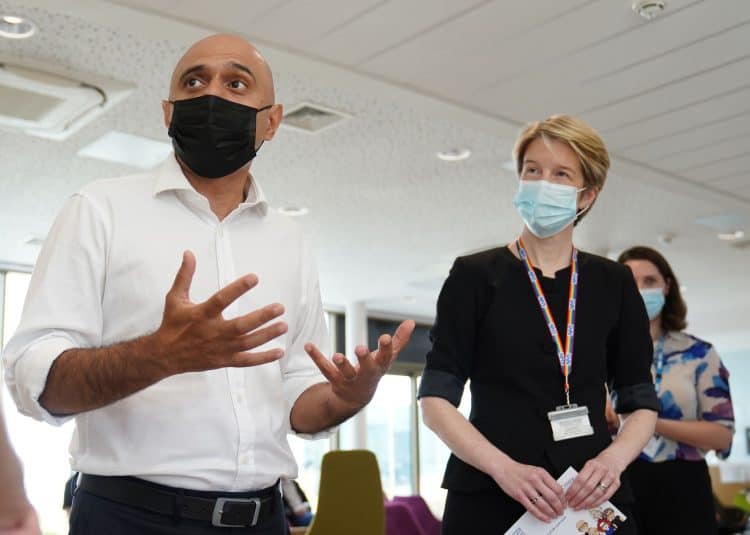 An angry GP has confronted Sajid Javid, asking whether he or the Daily Mail are in charge of running the NHS.

It comes after the newspaper splashed the health secretary’s plans launch “a revolution in GP access” to ensure “all patients can see a doctor face-to-face”, declaring victory for it’s “Let’s See GPs Face to Face” campaign.

The Mail reported that doctors who don’t see patients in-person will be “named and shamed” in league tables, with patients given new rights to demand face-to-face appointments.

The British Medical Association condemned the plans, with General Practitioners Committee chairman Dr Richard Vautrey saying: “GPs across England will be truly horrified that this is being presented as a lifeline to general practice, when in reality it could sink the ship altogether.”

The Royal College of GPs (RCGP) called on the government to fulfil its manifesto pledge of an additional 6,000 GPs and 26,000 other primary care professionals in the workforce by 2024 – a target that is highly likely to be missed.

Javid was given a front seat to GPs’ anger on Thursday morning in a heated appearance on Sky News.

Presenter Kay Burley said: “I was speaking to a GP this morning, who said: “Ask him who runs the NHS, you or the Daily Mail?””

Javid responded: “Everyone knows how the NHS is run, through professional and serious management. We’ve just appointed a new CEO of the NHS, and it’s GPs who decide in their particular surgery how they will run that day-to-day.

Burley replied: “They’re burned out, they’re knackered, they’re depressed – and they feel like you’re bashing them.”

Under the new plans, patients will be able to rate their GP practice’s performance via text message.

The measures will also see GPs freed from some red tape, and other parts of the NHS will be called upon to help with some care – such as other healthcare workers being given new powers to provide patients with fit to work notes or DVLA checks.

It comes after campaign group EveryDoctor, which represents 1,700 UK doctors, said that GPs have been “blamed” for the proportion of telephone consultations offered to patients when they had been instructed by the government to offer initial consultations on the phone or online.

Dr Julia Grace Patterson, chief executive of EveryDoctor, told a briefing on Wednesday: “It’s a bit of a shock for GPs to have been told vehemently by the health hecretary last year that all appointments should be via telephone, and now we are told the absolute opposite and, in fact, blamed for the amount of telephone consultations that have been happening.”

In July last year, then Health Secretary Matt Hancock said that all initial GP appointments “should be teleconsultations unless there’s a compelling clinical reason not to”.