"Let's be clear, shortages right across the country, shortages of fruit pickers, shortages of builders, shortages in terms of lorry drivers: all of that is down to Boris Johnson, Michael Gove, Priti Patel, Dominic Raab and the promises they made to the British people," David Lammy said. 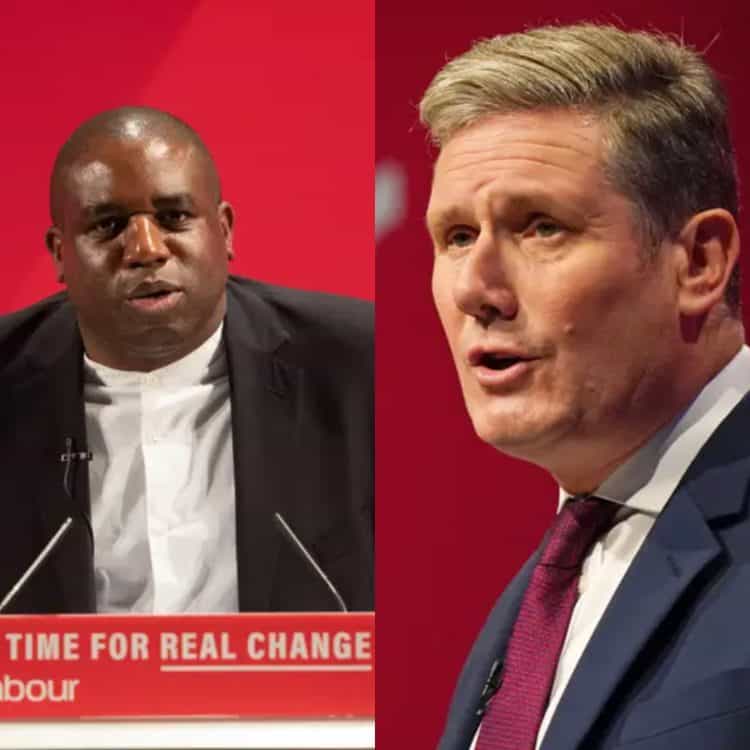 David Lammy suggested that there would be more negotiations with the EU in a departure from Starmer’s position in January, when he said the party would have to make the Tories’ deal with the bloc “work” instead of renegotiating.

Speaking to the BBC today, Lammy highlighted the numerous problems resulting from Johnson’s post-Brexit agreement: “There are challenges for hauliers, of course, right across Europe. But let’s be clear: there are no queues in Spain, in Germany or France.

“So what’s the difference? The difference is that we exited the European Union on Boris’s deal we’re out of a customs union, the cabotage system that were set up that allowed drivers to come here and go back with goods and the tariffs that we now have mean the drivers aren’t coming.”

He added: “This is his deal. When we come to government, we’ll have to look at how we fix his deal.

“Let’s be clear, shortages right across the country, shortages of fruit pickers, shortages of builders, shortages in terms of lorry drivers: all of that is down to Boris Johnson, Michael Gove, Priti Patel, Dominic Raab and the promises they made to the British people.”

Lammy’s pledge comes after last night, Starmer said his priority will be to turn Labour “into a party that would be fit for government” and “capable of winning a general election”.

Earlier this month, Labour revealed it plans to carry out its own talks with the EU to obtain a new agreement for UK musicians, who have been forced to say goodbye to tours because of Brexit.

Visa-free visits and the removal of massive new fees and red tape to transport equipment will all be discussed, in a bid to make the government finally act.

Big name musicians have praised the move towards a visa-waiver scheme, which Britain rejected last year, according to The Independent.

Although prime minister Boris Johnson promised to fix the crisis, Brexit minister David Frost refused to say when the problems will be solved.

Meanwhile, at this week’s Labour Party conference, Alexandra Bulat from Migrants for Labour asked Starmer to stand up for migrants’ rights.

She said Starmer promised support for voting rights in England and Northern Ireland to be consistent with Scotland and Wales, where all residents, regardless of nationality, can vote in local elections.

Bulat thinks Starmer should go further and put out a clear “collective opinion as a party” when it comes to migrants.

But she expressed her disappointment at Keir Starmer’s scarce mention of EU migrants in his recent 14,000-word essay.

She thinks that in order to have an “effective opposition” to the Conservatives’ hostile environment policies and the Nationality and Borders Bill, Labour should have a “very robust and positive immigration policy”.