Morgan labelled the pop duo "talentless disrespectful clowns" after they suggested moving the statue to his garden. 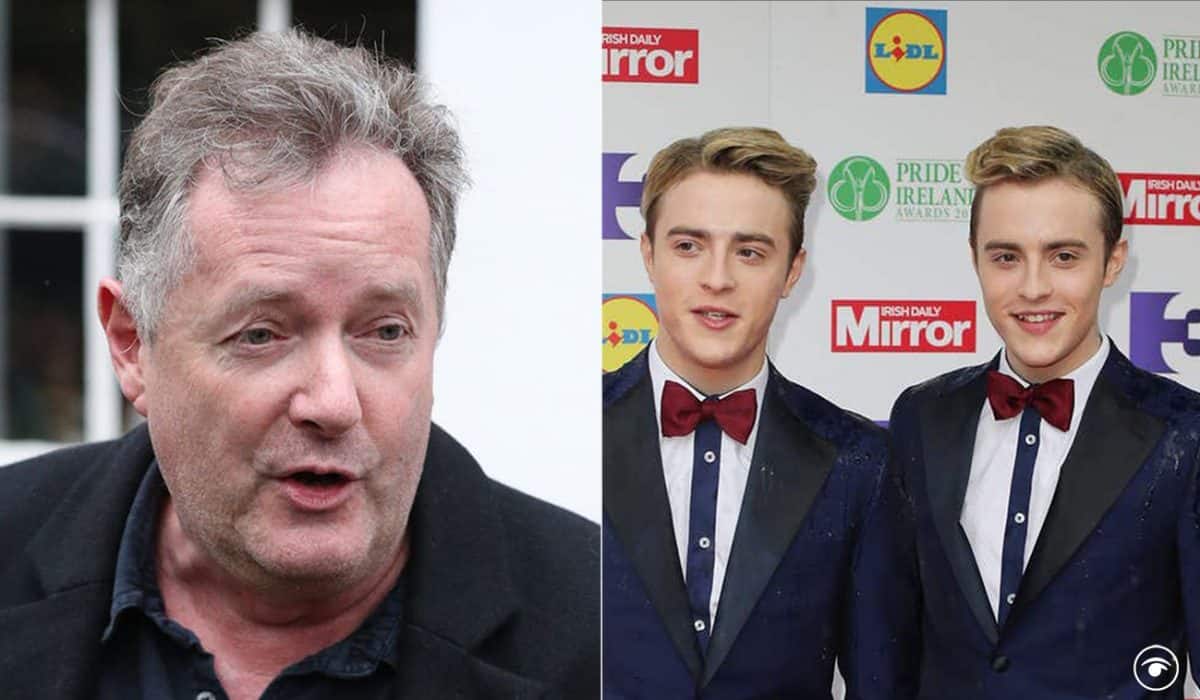 Pop due Jedward were caught in a social media storm with former Good Morning Britain host Piers Morgan after they called for Sir Winston Churchill’s statue to be “pulled down”.

The Parliament Square plinth was at the centre of a fiery debate yesterday after police officers formed a protective ring around it during protests over the police’s handling of a vigil for Sarah Everard.

According to reports a commanding officer had told his colleagues to “protect Churchill at all costs” as protesters chanted “protect women not statues”.

Shortly after Jedward posted a series of explosive tweets as they took aim at the police and even Labour leader Sir Keir Starmer, who they described as “kinda pointless”.

They said: “Police are more concerned about protecting the Winston Churchill Statue than women” before suggesting the plinth should be moved to Morgan’s garden.

The former GMB host showed no signs of holding back in his response:

a) I'd be honoured to have that statue in my garden.
b) Churchill saved Britain from the Nazis & contributed more to society every time he breathed than you talentless disrespectful clowns have done in your combined 58 years of gormless tuneless imbecility. https://t.co/So9M6l86Aw

Related: Labour to vote against ‘poorly thought out’ police bill