There were chants of "protect women not statues", according to journalist Sian Bradley. 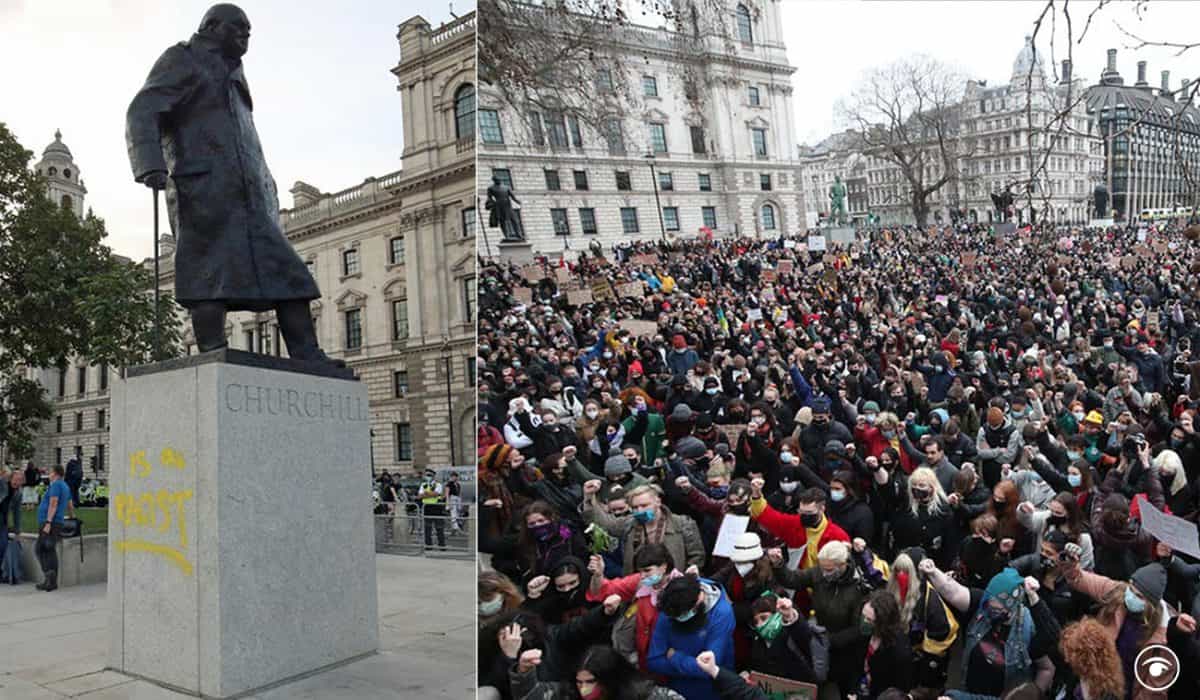 A statue of Sir Winston Churchill was given heightened police protection during protests this evening in Parliament Square.

Hundreds of campaigners chanted “shame on you” as they marched on New Scotland Yard before heading to the Houses of Parliament.

Officers erected barriers around the Metropolitan Police headquarters and the group of demonstrators, many holding placards aloft, spilled over on to the road next to the River Thames.

They also formed a cordon around a statue of Winston Churchill amid concerns of vandalism.

Last year an Extinction Rebellion activist was ordered to pay more than £1,500 after defacing the statue by painting “racist” on its plinth.

Sisters Uncut, an organisation describing itself as a feminist group taking direct action for domestic and sexual violence services, said it would be holding the rally.

On Sunday, the group tweeted: “Police are perpetrators of individual and state violence against women – as evidenced last night.

“The police abuse the powers they already have, yet the government plans to give them even more powers in the #PoliceCrackdownBill.

“We must resist this.”

Signs included messages such as “Times up Priti”, “End state violence”, and “Abolish the police”.

Pictures from the protests have been circulating on social media, with journalist Sian Bradley reporting that a commanding police officer had told his colleagues to “protect Churchill at all costs”.

Videos have also surfaced showing a heavy police presence around the plinth.

Police have come back into the crowd to stand around the Winston Churchill statue. Heard from a legal observer that a commanding officer told his colleagues “protect Churchill at all costs”. Chants of “protect women not statues”. pic.twitter.com/WJlVr18sfK