Shadow justice secretary David Lammy said the party cannot support a bill that would lead to harsher penalties for damaging a statue than attacking a woman. 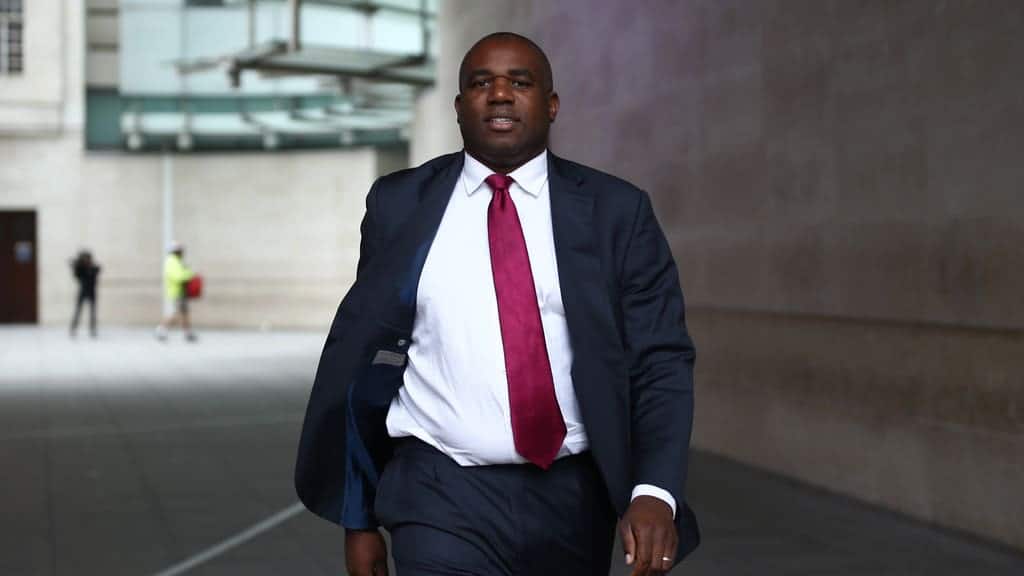 Labour has announced it will vote against the Government’s key crime legislation because it is a “mess” which could lead to harsher penalties for damaging a statue than attacking a woman.

He instead urged ministers to drop the legislation, which will come before the Commons this week, and work cross-party to legislate to tackle violence against women.

The policing of the vigil for Sarah Everard last night was unacceptable.

This is no time for the government to impose disproportionate controls on the right to protest.

Labour will vote against @pritipatel’s Police, Crime, Sentencing and Courts bill on this basis.

The call comes in the wake of the suspected murder of Sarah Everard, who went missing while walking home from a friend’s flat in south London on March 3.

“This is no time to be rushing through poorly thought-out measures to impose disproportionate controls on free expression and the right to protest.

“Now is the time to unite the country and put in place long overdue protections for women against unacceptable violence, including action against domestic homicides, rape and street harassment. And we must tackle the misogynistic attitudes that underpin the abuse women face.

“Instead, the Conservatives have brought forward a Bill that is seeking to divide the country. It is a mess, which could lead to harsher penalties for damaging a statue than for attacking a woman.

“Labour will be voting against the Police, Crime, Sentencing and Courts Bill on this basis.

“We are calling on the Government to drop its poorly thought out proposals and instead work with Labour to legislate to tackle violence against women which is forcing so many across the country to live in fear.

“As well as to deliver the important areas that are long promised, like tougher sentences for attacks on frontline workers and increased sentences for terrorists.”

Victoria Atkins, Home Office crime and safeguarding minister, says the Government will look at a new law to ban men verbally harassing women in the street.

The party has called on the Government to make misogyny a hate crime and increase minimum sentences for rapists and stalkers.

It also wants whole-life tariffs to be introduced for anyone found guilty of abduction and sexual assault and murder of a stranger.

Home Office minister Victoria Atkins did not rule out making it illegal for men to harass women in the street in an interview on Sunday.

She told Times Radio: “We have been very clear that we are listening to all suggestions. I don’t want to pre-empt what may come out in our survey … nothing is off the table at the moment.

“We absolutely want to understand what people’s experiences are and what we can do to address those.”

Amanda Milling, co-chairwoman of the Conservative Party, said it was “shocking” that Labour is “trying to block tough new laws to keep people safe, including many vital measures to protect women from violent criminals”.

“This Conservative Government is working to keep people safe by reforming our justice system to keep our communities safe so that everyone can live their lives free from the fear of crime.”