Dame Vera Baird QC said it was critical that the Government takes steps to ‘redress confidence’ in the criminal justice system. 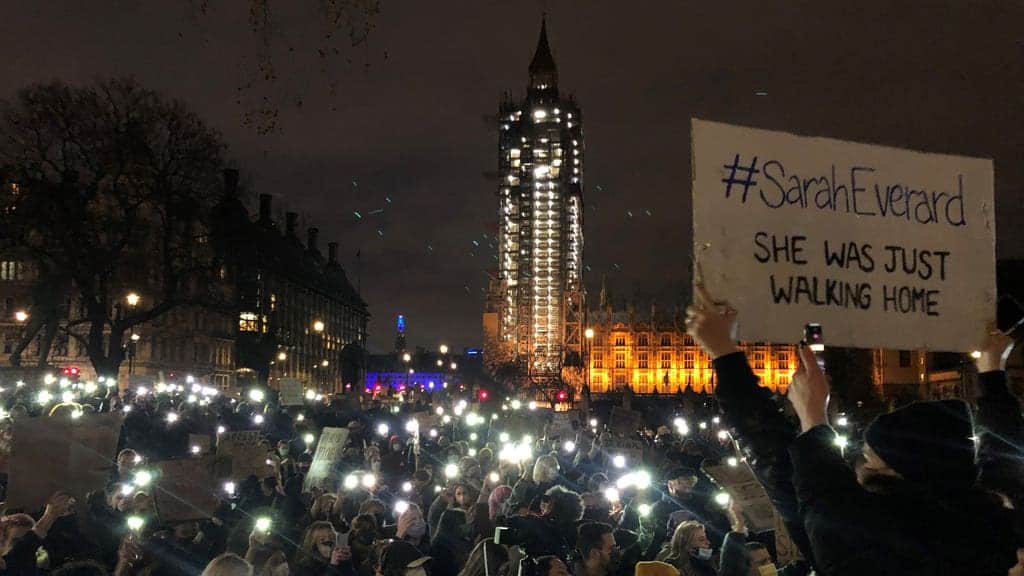 Women regard the streets as “lawless” when it comes to male behaviour, the Victims’ Commissioner for England and Wales has said.

Dame Vera Baird QC said the vigil held over the weekend in memory of 33-year-old Sarah Everard highlighted what many women feared could happen to them.

She said the focus of the scenes that unfolded at the event on Saturday must now return to women’s experiences, rather than the Metropolitan Police’s handling of the situation.

Dame Vera told BBC Breakfast: “Let’s return to the issue, which is why is it that this number of women, when this awful event has occurred, have started to talk about their appalling experiences.

“They regard, quite clearly, the streets as lawless for women when it comes to male behaviour. Men it seems, they tell us, they can do what they want and say what they want, and nobody will take action.

“As we know, it doesn’t seem to many people worth it to make a complaint to the police because if someone complains of rape, 98 per cent of the 55,000 people who have complained of rape do not even get a charge.”

Crown Prosecution Service and Home Office figures show there were 55,130 complaints of rape reported to police in the 12 months to March last year, but only 2,102 prosecutions and 1,439 convictions in England and Wales in 2019-20.

Home Secretary Priti Patel has requested an independent investigation into the police’s response to the vigil over the weekend.

Dame Vera said the death of Ms Everard was the “pinnacle” of what women were “terrified” could happen to them.

Speaking about the Met’s response to those at the vigil, she added: “It unfortunately confirms the view of many of these young women that whatever they do, they will not be supported.”

She said it was now “critical” for the Government to take “urgent and sustained action to redress the confidence in the police and criminal justice system – and really, frankly, half the population”.

Prime Minister Boris Johnson is expected to chair a meeting of the Government’s Crime and Justice Taskforce on Monday, with Met chief Dame Cressida Dick – who has resisted calls to quit over the weekend’s events – among the attendees.

Related: 10 years on from the start of its uprising, Syrians struggle on in dire poverty