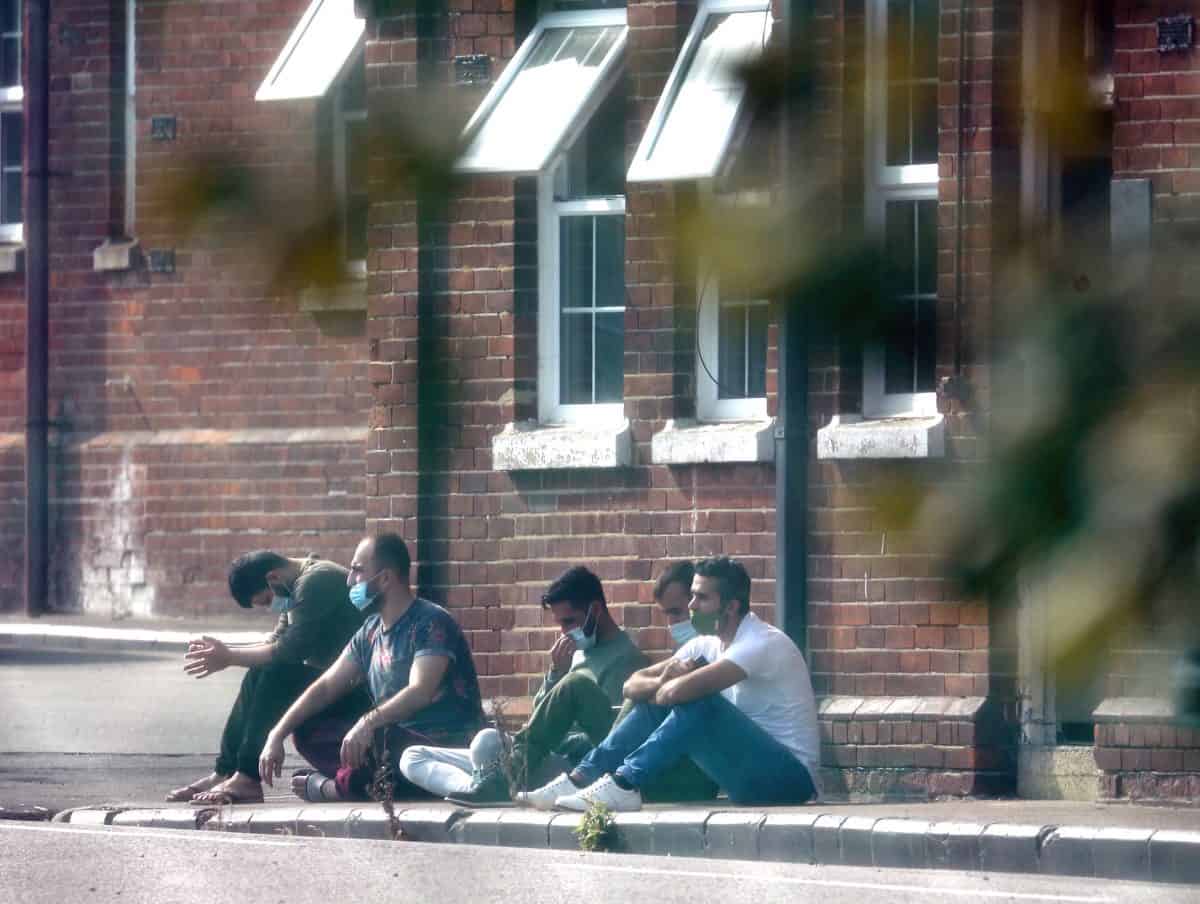 A group of men, thought to be migrants, sit outside in the sunshine after arriving yesterday night at Napier Barracks in Folkestone, Kent. Credit;PA

The Home Office is “trying to gag” volunteers visiting an army barracks where asylum-seekers are being housed by using the Official Secrets Act, it is claimed.

Up to 400 people are living at the military site in Folkestone, Kent, as the Home Office struggles to house the thousands of people who have crossed the English Channel in small boats this year.

There have been reports of questionable conditions inside Napier Barracks and ambulance staff have been called out following reports of self-harm.

Now it has emerged that volunteers going into the site to offer help and support to those living within are being made to sign a confidentiality agreement.

The document – seen by the PA news agency – is underpinned by the Official Secrets Act.

Under the agreement, volunteers must treat as confidential any information about “service users”, namely the asylum-seekers living at the site.

She said: “The Official Secrets Act is intended to protect state secrets and national security, not the Government’s treatment of people who have arrived in the UK seeking sanctuary.

“Locking people up at an old army barracks is inappropriate enough, without trying to gag those who volunteer to provide basic essentials to those in need.

Those living at the controversial site are free to leave if they want to but are obliged to be back by 10pm.

The Home Office has sought to defend the agreements issued to volunteers.

Their spokesperson said: “We have worked closely with our accommodation provider Clearsprings Ready Homes and stakeholders to ensure the Napier site is safe and secure.

“This includes an agreement with staff to provide asylum seekers with privacy and confidentiality, as would be expected.”

The Official Secrets Act is designed to protect state secrets and those convicted of breaching it can be sent to prison.