"Is Liz Truss auditioning for Tory leadership or The Handmaid's Tale?" 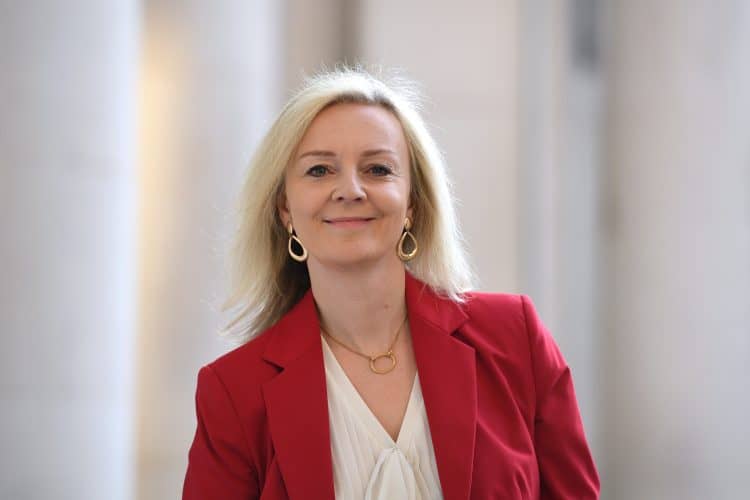 Liz Truss will be rubbing her hands at recent revelations that the prime minister and the chancellor have both been hit with lockdown party fines.

As one person pointed out on Twitter, she “must be thrilled that no one ever invites her to parties” in light of what’s gone on.

Like the chancellor, Truss is a sucker for a photo op.

Usually, she is mocked up in snaps similar to her hero Margaret Thatcher, but it seems she has gone rouge this time and it is pretty weird, to be honest, as she sits beside an apple tree.

The image has gone viral on the internet, but it is a pic from 2018.

Sophie said “After being asked to join the project, I chose to photograph Elizabeth Truss as I wanted to promote our region and her constituency. Elizabeth is a great example of a female MP that has worked hard to achieve a successful career and has recently been utilising social media to portray a realistic view of life as a politician.”

Sophie continued “Elizabeth also has a great sense of style and a love of colour, which I thought would fuse well with my fashion photography specialism.”

As you can see in the video below, she is pretty passionate about it.

As the pic went viral this is what people had to say: