The foreign secretary reportedly feared her conversations would be overheard on a commercial flight. 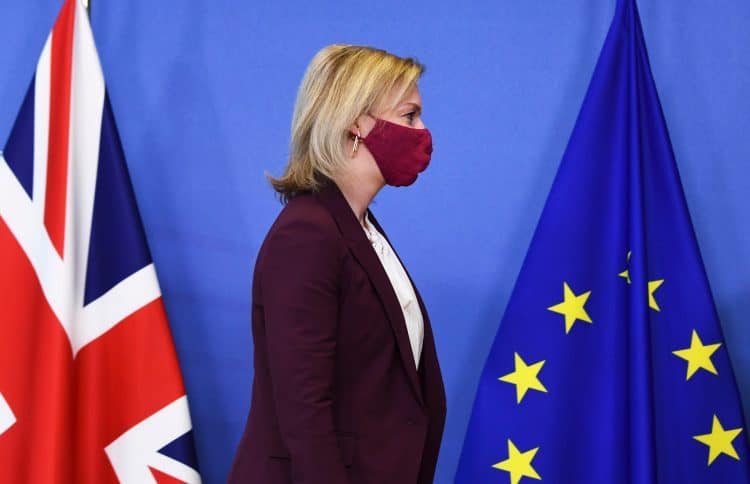 Liz Truss flew to Australia by private jet at a cost of more than half-a-million pounds to the taxpayer because she opted against using scheduled business-class flights.

Instead of travelling from London to Sydney on a daily Qantas flight, the foreign secretary insisted on flying the 22,000 miles to and from Australia on a private government plane, according to The Independent.

While the aircraft type – an Airbus A321 – holds 235 passengers on easyJet flights, the government’s version is lavishly kitted out.

The return to and from Australia burnt an estimated 150 tonnes of fuel and generated 500 tonnes of CO2.

It is believed the private flight was chosen for “security considerations”, amid fears the foreign secretary’s conversations would be overheard by other passengers.

A leading environmental campaigner lashed out at the decision as “an outrageous source of emissions in the current climate emergency”.

Truss set off on her journey at noon on 18 January, flying from London Stansted to Dubai – two hours after the regular Qantas departure from Heathrow.

After a 90-minute refuelling stop in the UAE and another break in Kuala Lumpur, the plane touched down in Sydney shortly after midnight on 20 January.

Truss was in Sydney for two days meeting Australian government officials before flying to Adelaide, where she gave a speech, leaving for the UK on 22 January.

A senior aviation industry source told The Independent that the cost of Truss’s trip would have been “at least £500k”.

Anna Hughes, director of the environmental charity Flight Free UK, said: ”Liz Truss has consistently demonstrated her lack of understanding about the action that we all need to take to address the climate crisis, and this is no exception.

“Flying to Australia and back on a chartered jet is shockingly privileged and an outrageous source of emissions in the current climate emergency.”

A Foreign Office spokesperson said: “It’s necessary for the foreign secretary to travel abroad to pursue UK interests around security, trade and technology, as she did during this visit to Australia.

“This trip used government transport and was fully within rules set out in the Ministerial Code.”