Relatives of victims want Grenfell to be transformed into a "vertical forest" to commemorate their lost loved ones. 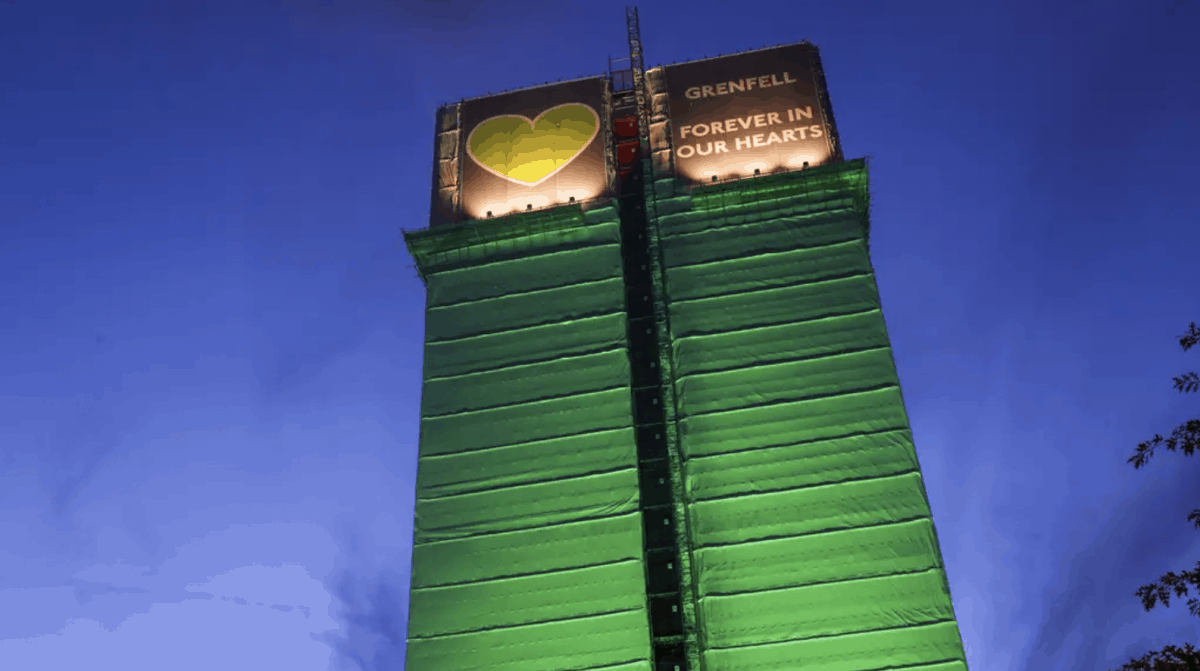 Relatives of Grenfell victims have slammed the government considering plans to take the building down as “erasing the memory of those lost”, accusing ministers of putting people through “unimaginable trauma”.

Instead, a group representing family members of those who died in the blaze have put forward plans to turn the tower into a “vertical forest”, The Guardian has reported.

Under the proposals, the 24-storey building in west London would be covered with 72 species of plants, one for every person died in the 2017 fire.

A document dated 17 May revealed the government was considering “carefully” demolishing Grenfell Tower, but promised to take into consideration the views of those bereaved and of neighbours.

Meetings between government officials and relatives of the victims showed strong opposition to the proposals, with some relatives threatening legal action against potential attempts to pull the tower down.

The Ministry of Housing, Communities and Local Government (MHCLG) said it received independent advice to demolish Grenfell from structural engineers, because of the condition of the tower.

The move has prompted relatives to consider commissioning an independent assessment, because of a lack of trust in the government.

The Grenfell Next of Kin, a group representing 29 victims, including 11 of the children who died, said no attempt had been made to share or release the structural advice. But MHCLG said it has engaged with the community and will continue to do so – and that it did share the advice.

Hisam Choucair, who lost six members of his family in the fire, said: “A tragedy has taken place that must never be forgotten at this location.

“If they take it down, they will obliterate that memory and they would be putting people through another unimaginable trauma. The ashes of our loved ones are in the fabric of that building.

He added that many families would support the building being transformed into some kind of living monument: “It could change the whole landscape and complexion of London. It would cease to be a site of tragedy but full of hope and alive again.”

Vertical forest by Stefano Boeri Architect, is a model for a sustainable residential building, the first example of the Vertical Forest consisting of two residential towers of 110 and 76 m height, was realized in the centre of Milan pic.twitter.com/vT7vlH9bch