Danny Kruger - who used to be the PM's political secretary - "should have known better", a magistrate said. 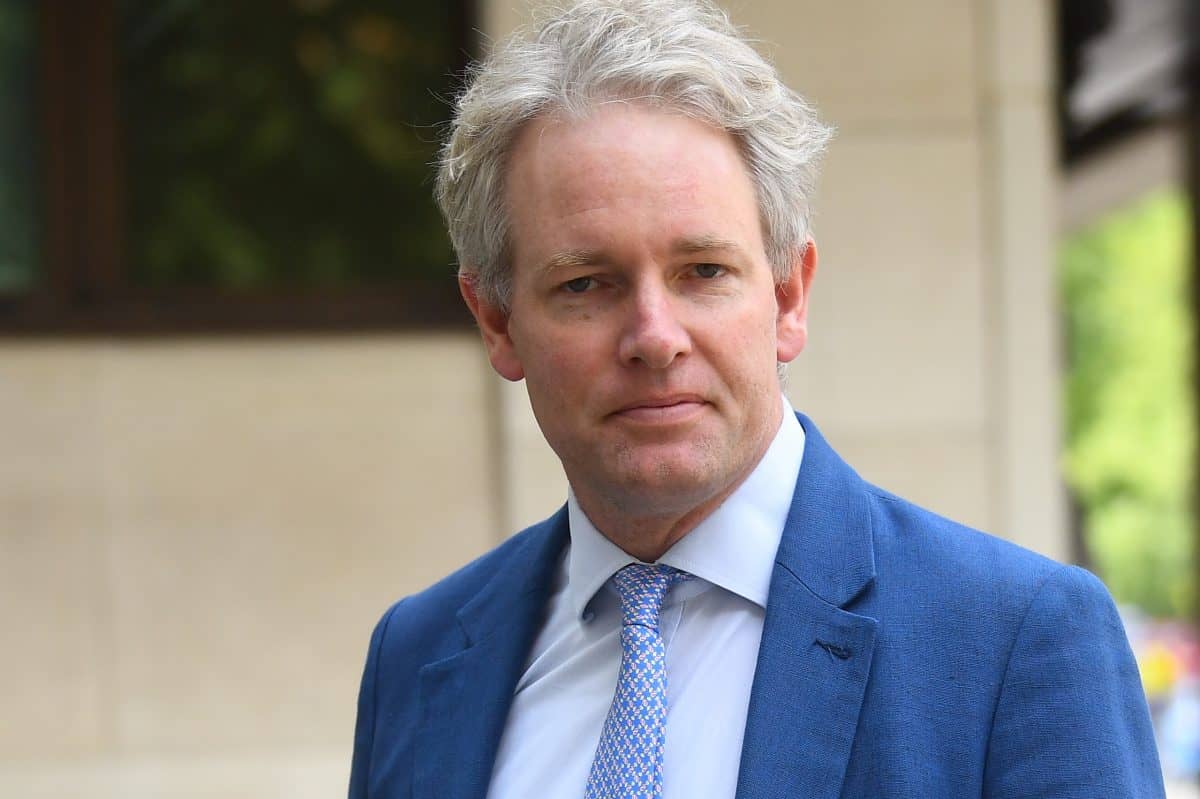 Conservative party MP Danny Kruger arrives at Westminster Magistrates' Court, London, where he is appearing on charges after his dog allegedly chased deer in Richmond Park, south west London, "causing them to stamped around a large number of people, including children." Picture date: Monday June 7, 2021.

A Tory MP has been fined after his puppy caused a stampede when he chased a 200-strong herd of deer in London’s Richmond Park.

Danny Kruger, 46, who was the prime minister’s political secretary before his election as MP for Devizes in Wiltshire at the 2019 general election, admitted losing control of his 11-month-old Jack Russell, Pebble, during a walk with his family on 20 March.

He spoke to confirm his name, address and date of birth before pleading guilty to causing or permitting an animal to chase or worry another animal in a royal park.

The court heard that Kruger had been on a long walk in the busy park with his wife and three children on the afternoon of 20 March, when Pc Samantha Riggs spotted his dog running across the road towards a herd of around 200 fallow deer.

Hockley said the deer, many of which were pregnant, were left in a “panicked state”, while Pc Riggs called out for the owner, who was “at that point nowhere to be seen”, to bring the dog under control.

Volunteer ranger Duncan MacCallum said he asked Kruger to call his puppy back, “which seemed to spur him into action”, the court heard.

In footage filmed by a member of the public, Donald Milton, and the police officer’s body-worn camera, Kruger can be heard repeatedly shouting “Pebble” before putting his dog on a lead.

The MP, who lives in Hammersmith, west London, was said to have been “contrite and apologetic” following the incident, which lasted around 45 seconds, telling police: “I’m sorry, I had no idea, I didn’t see the deer. Anyway, obviously he needs to be on a lead.”

Jae Carwardine, defending, said Kruger’s “attention was momentarily drawn away” because his youngest son, aged seven, was tired after walking for around two hours.

“This was a brief lapse while juggling his responsibilities as a parent, quite understandable, but something Mr Kruger deeply regrets,” she said.

“Of course, he will take much greater care in the future.”

The lawyer described Kruger as an “avid dog walker”, while Pebble was said to be a “very friendly, good-natured family pet who interacts well with other animals”.

“Mr Kruger takes dog training and dog obedience seriously. He has trained Pebble and he has been effective in that training,” she said.

“He of course takes responsibility for the temporary loss of control of his dog.”

He told Kruger: “The video says it all really, doesn’t it? You should have known better, especially in Richmond Park, where everyone knows there are wild deer.

“Your dog was not under control, he was able to frighten the deer and here you are in court today.

“The deer were clearly startled and frightened. It could have caused injury, fortunately it didn’t.”

The park has protected status and is a national nature reserve as well London’s largest Site of Special Scientific Interest and a European Special Area of Conservation.

Richmond Park’s manager Simon Richards said in a statement to the court there were 36 recorded incidents of dogs chasing deer over a four-month period last year, while around six of the animals a year are killed by dogs.

“Dogs chasing deer cause great distress and it often leads to physical attacks on the deer,” he said.