“With each passing day the cost-of-living crisis pushes more people to the edge as they struggle to cope with the surge in bills, rent, and food, and yet we still do not have an updated rough sleeping strategy that sets out a clear plan for how we will tackle one of the greatest social injustices of our time.” 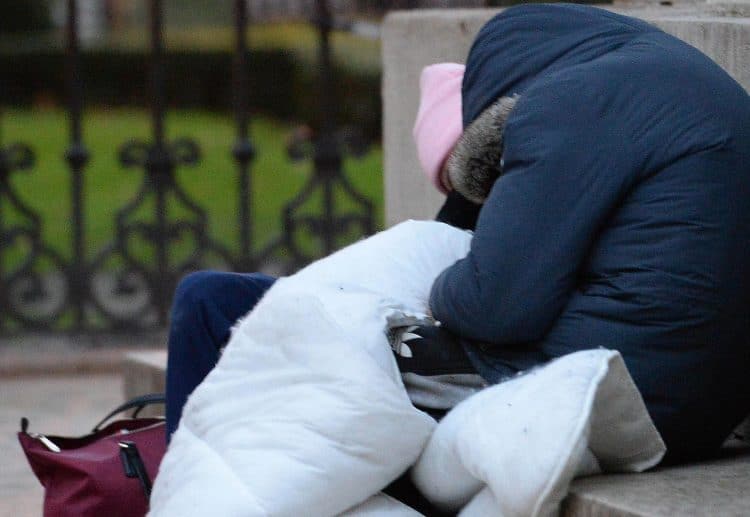 Almost 3,000 rough sleepers were seen on the capital’s streets in the first quarter of the financial year – up 10% in three months, figures show.

Some 2,998 people were observed sleeping rough in London between April and June, according to figures from the Combined Homelessness and Information Network (Chain).

It comes as Government figures published on Thursday revealed an overall rise in homelessness across England.

The data showed the number of households facing homelessness that were owed council help between January and March was at its highest since the months leading up to the first coronavirus lockdown.

Of the total number of people seen sleeping rough by outreach workers between April and June, almost half (48%) were doing so for the first time.

Some 411 people were deemed to be living on the streets – a rise of 13% from the previous three months and of 4% compared to the same quarter last year.

These are people who have been spotted by outreach teams at least five times over a period of at least three weeks.

Mayor of London Sadiq Khan said this is encouraging but more work is needed.

He said: “Ministers now must step up their support to combat the cost-of-living crisis which threatens to reverse these hard-won gains.

“I also urge them to fund the services and social security system that people sleeping rough need, reform the private rented sector and invest in new council and genuinely affordable homes to help prevent Londoners becoming homeless in the first place.”

Petra Salva, director of rough sleeping at St Mungo’s homelessness charity, said the quarterly figures are concerning but not a surprise.

She said: “The end of the increased accommodation support measures provided during the pandemic and the effect of the cost-of-living crisis are clear to see.

“The fear is that the situation will get only worse – especially when you consider the number of households who are at real risk of losing their homes is also increasing.

“St Mungo’s services will continue to work tirelessly to prevent people from coming to the streets, and ensuring those who do are moved off them as quickly as possible.”

He said: “This must act as a wake-up call for the new prime minister that we cannot be complacent if we’re to end rough sleeping for good.

“With each passing day the cost-of-living crisis pushes more people to the edge as they struggle to cope with the surge in bills, rent, and food, and yet we still do not have an updated rough sleeping strategy that sets out a clear plan for how we will tackle one of the greatest social injustices of our time.”