Activists risked arrest in defiance of the police order, as human rights lawyers said the Met was ‘criminalising protest.' 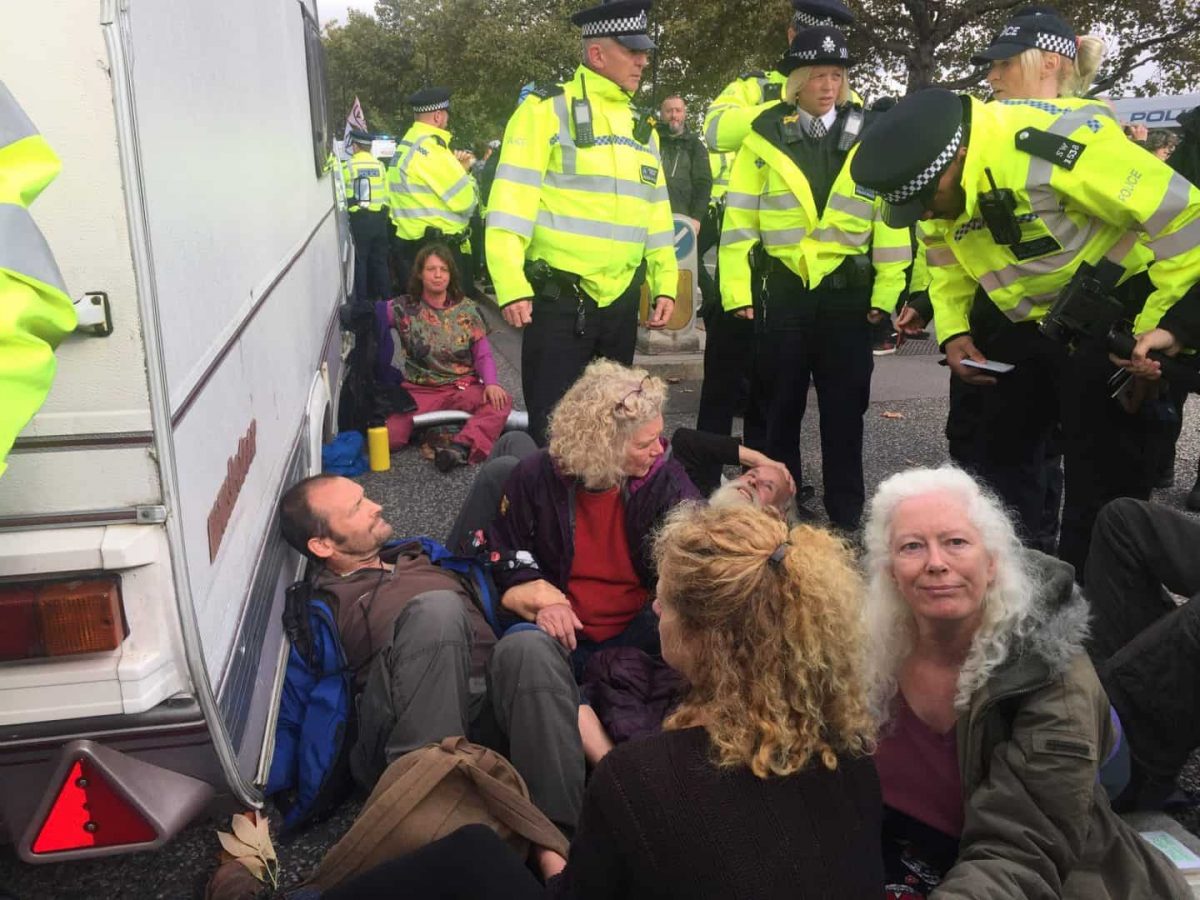 Extinction Rebellion activists are launching legal action against the police over a London-wide ban on their protests.

The move comes amid growing criticism of the ban, made under public order legislation already used to restrict the action to Trafalgar Square.

Dianne Abbott MP, Labour’s Shadow Home Secretary, led condemnations of the unprecedented ban, insisting: “The Labour Party unequivocally supports the right to protest. The Extinction Rebellion protests have been largely peaceful and brought vital attention to the climate emergency – the most important issue facing the world.

“Any criminal acts should of course be handled by police, but an outright ban is wrong and completely contrary to Britain’s long-held traditions of policing by consent, freedom of speech, and the right to protest.”

Activists continued protests in the capital in defiance of the police order, targeting the Department for Transport and locking themselves to a caravan on Millbank.

Human rights lawyer Tobias Garnett, working for Extinction Rebellion, said the group would be filing a High Court claim challenging the ban on the grounds it is “disproportionate and unlawful”.

The group was planning to file a claim on Tuesday afternoon, and was seeking an expedited hearing.

Mr Garnett said the police order limiting protests “risks criminalising anyone who wants to protest in any way about the climate and ecological emergency that we face”.

Under the current order, any assembly – classed as a gathering of two or more people – linked to Extinction Rebellion in London is unlawful.

Lawyers have questioned the legality of ban, aimed at halting further protests after more than a week of disruption by the environmental activists in London, while a number of politicians expressed outrage over the move.

Shadow home secretary Diane Abbott said: “This ban is completely contrary to Britain’s long-held traditions of policing by consent, freedom of speech, and the right to protest.”

London Mayor Sadiq Khan, who oversees the force, said he would ask for more information over why the ban had been put in place.

But Home Secretary Priti Patel backed the police in a tweet, saying: “Officers from around the country have done a fantastic job policing XR protests. Supporting our Police is vital.

“Labour support the law breakers who have disrupted the lives and businesses of Londoners. They cannot be trusted in Downing Street or the Home Office.”

Police moved in to clear Trafalgar Square on Monday evening, telling protesters to leave the site by 9pm or risk arrest.

On Tuesday, Metropolitan Police Deputy Assistant Commissioner Laurence Taylor said the protest ban was brought in after “continued breaches” of the condition limiting the demonstration to Trafalgar Square.

He said: “This was an operational policing decision to help us get London moving again.

“After nine days of disruption we felt it is entirely proportionate and reasonable to impose this condition because of the cumulative impact of these protests.

“A significant policing operation continues and we will take robust action against anyone engaged in unlawful protests at locations targeted by Extinction Rebellion.”

He said that using Section 14 to limit the location and duration of protest action was “not unusual at all”, and that the measures had been applied during demonstrations over the jailing of far-right figure Tommy Robinson in August.

Extinction Rebellion activists defied the order and on Tuesday morning, the group’s co-founder, Gail Bradbrook, was arrested after action to target the Department for Transport in Westminster over HS2 and airport expansion.

Police also dealt with a road block near Baker Street and told a number of protesters camped in Vauxhall Pleasure Gardens to move on or risk arrest.

Even first-time protestors join in and risk arrest

Protesters locked themselves to a caravan parked by Millbank tower in central London, with police spending more than two hours trying to free them using electric saws.

The protest outside the MI5 headquarters aimed to highlight the issue of food security.

Ilya Fisher, a fine art photographer from Cornwall, said she was taking part despite never having been arrested before.

She said: “I’m doing this because I want other people to see ‘why is such a boring ordinary person doing this?’ and they will look into the climate science.

“The Government isn’t protecting us. If we wait until 2050 for the carbon emissions to be reduced it’s way too late.”

More than 1,450 people have been arrested in connection with the protests.