Foreign Secretary Dominic Raab said on Tuesday that defence exports to Turkey would continue to be reviewed. 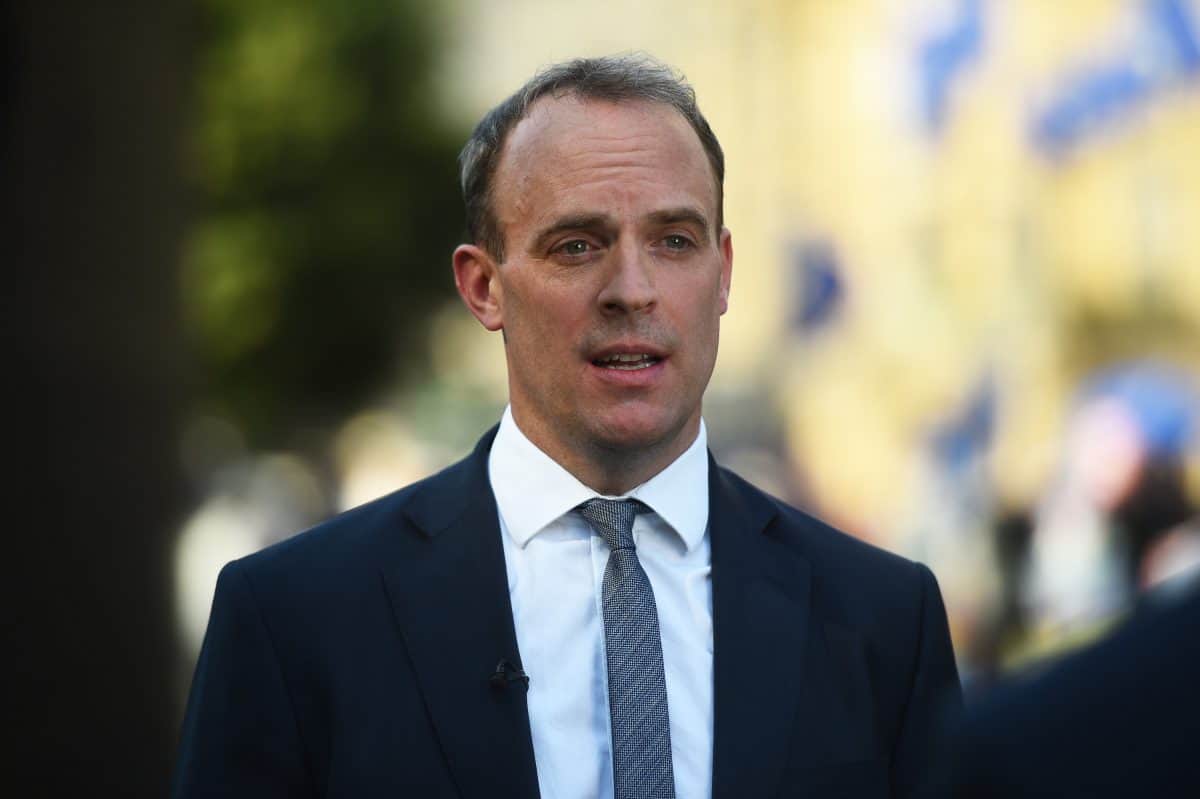 The UK will continue selling arms to Turkey but will not grant new export licences for weapons that might be used in military operations against Kurds in Syria, Foreign Secretary Dominic Raab has said.

Ankara was coming under increasing condemnation for attacks on Kurdish fighters and civilians as the conflict entered its seventh day following Donald Trump’s sudden withdrawal of US troops.

Italy, France and Germany are among EU nations to have suspended weapons and ammunition sales to Turkey, but the UK has stopped short of this.

Mr Raab said on Tuesday that defence exports to Turkey would continue to be reviewed and that no new licences for weapons that might be used in the conflict would be granted.

But arms manufacturers will still be able to sell to the nation under existing licences, and the UK may still grant new licences for exports that it deems will not be used in the northern Syrian strikes.

Campaigners urged the UK to go further and impose an arms export embargo against Ankara.

Mr Raab told the House of Commons that “of course we will keep our defence exports to Turkey under very careful and continual review”.

“I can tell the House that no further export licences to Turkey for items which might be used in military operations in Syria will be granted while we conduct that review,” he added.

Mr Raab rebuked Turkey for its “reckless” and “counter-productive” action, which he said risks playing into the hands of Russia and the regime of Syrian dictator Bashar Assad.

Amnesty International UK said it was the “right decision” but urged for stronger action.

Policy head Allan Hogarth said: “The Government must be clear that this will also apply to all existing licences.

“The UK has a responsibility to minimise the risk of UK weaponry contributing to violations of international humanitarian law.”

Andrew Smith, of the Campaign Against Arms Trade, said the Government had “clearly been shamed” into the move.

“But the truth is that it should never have been arming and supporting President Erdogan and his authoritarian regime in the first place,” he continued.

“This change cannot only be limited to future arms sales, it must also affect the hundreds of millions of pounds worth of arms that have been licensed over recent years. As long as those licences are still valid then those arms can be used.”

President Recep Tayyip Erdogan began Turkey’s offensive on the Kurds after Mr Trump announced the withdrawal from the Middle Eastern nation that has endured eight years of conflict.

The US president has been accused of betraying the Kurds, who form part of the US-allied Syrian Democratic Forces, and warned his move could lead to the resurgence of the so-called Islamic State (IS) terror group.

Mr Erdogan regards the biggest militia in the alliance as a terror organisation and believes it to be an extension of a rebel group fighting in Turkey.

Mr Trump did, however, announce sanctions aimed at restraining Turkey’s assault, as the US called for a cease-fire.

The conflict was also raised in a phone call between Boris Johnson and French President Emmanuel Macron on Tuesday morning.

They both expressed their “deep concerns at the Turkish incursion”, according to Downing Street.

Outside Downing Street, Mr Stoltenberg said: “I am deeply concerned about the consequences.

“Both when it comes to the fight against Daesh (IS), human suffering, and stability in the wider region.”

Number 10 said the PM and the secretary general were both adamant that the Turkish operation “needed to end” during their discussion.

International Trade Secretary Liz Truss made it clear the export licence review had already been under way.

“The UK has, for some time, been carefully considering export licence applications for Turkey in light of Turkish activities in Syria,” she said.

The spokesman said: “The Prime Minister and secretary general both expressed their deep concern at the situation in northern Syria.

“They agreed that all Nato allies, including Turkey, should focus their efforts on defeating Daesh and not lose the gains that have been made in recent years.

“Both leaders stressed the value of Turkey as a Nato ally and recognised the role they have played in supporting refugees from the Syrian conflict.

“But they were clear that the current Turkish operation needed to end.”