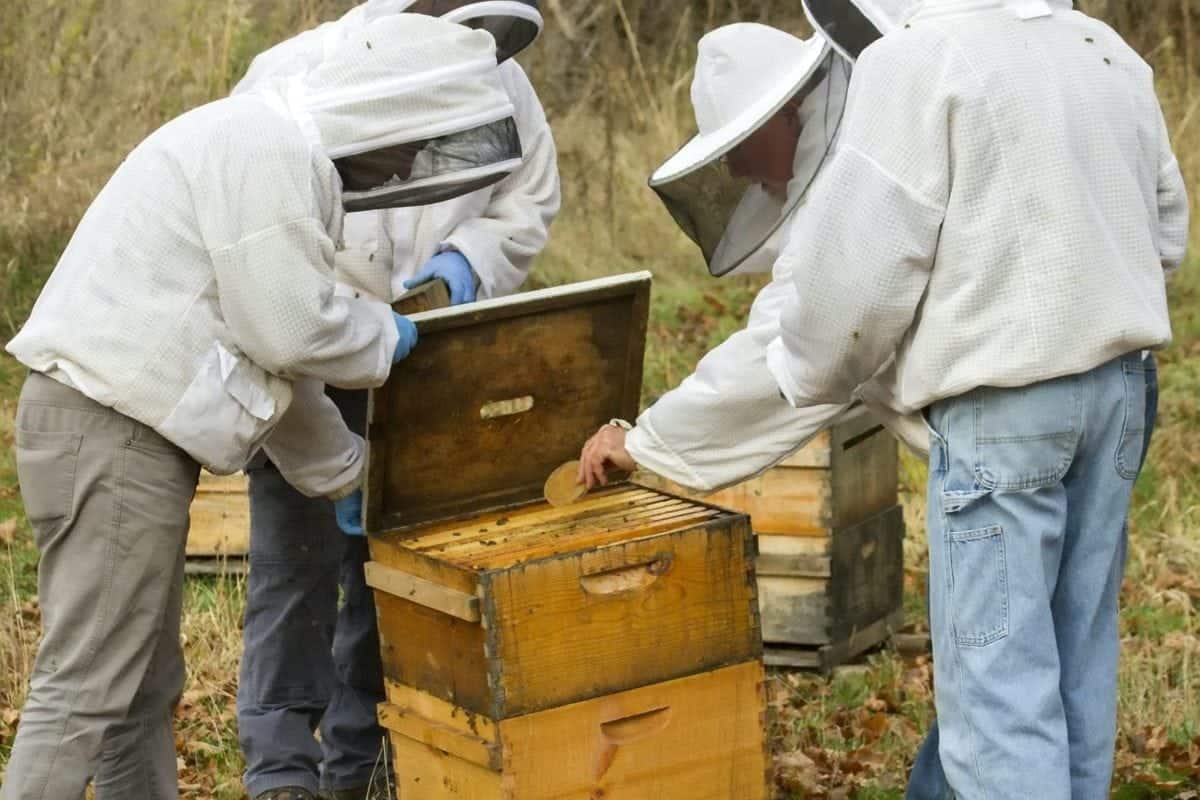 The decimation of bee colonies caused by a disease spreading parasitic mite could be halted by a MUSHROOM extract.

Researchers found that the fungus provides a powerful medicine for honey bees to fight off viruses carried by the varroa mite.

The mite jumped species from the Eastern (Asian) Honeybee to the species we have in England – the Western (African) Honeybee in the 1950s.

Since then the varroa mite and its associated diseases have killed of millions of honeybees around the globe and are responsible for colony collapses.

The mite can live on the back of an adult bee for two years but does not kill the bees straight off but passes disease and viruses which shorten the bee’s lifespan.

Beekeepers around the world are struggling to tackle the mite infestations.

Now US scientists think they have the answer.

Professor Steve Sheppard, of Washington State University in the US, said: “Our greatest hope is that these extracts have such an impact on viruses that they may help varroa mites become an annoyance for bees, rather than causing huge devastation 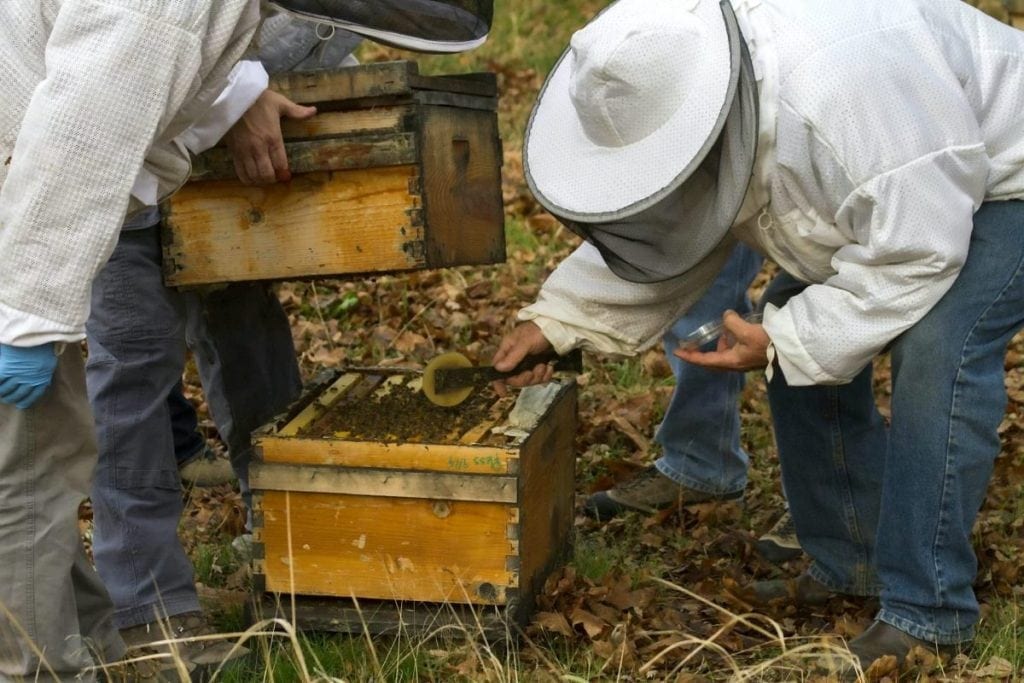 “We’re excited to see where this research leads us.

“Time is running out for bee populations and the safety and security of the world’s food supply hinges on our ability to find means to improve pollinator health.”

Prof Sheppard explained: “One of the major ways varroa mites hurt bees is by spreading and amplifying viruses

“We aren’t sure if the mycelium is boosting the bees’ immune system or actually fighting the viruses.

“We’re working to figure that out, along with testing larger groups of colonies to develop best management practices and determine how much extract should be used and when to have the best impact.”

The findings came from a partnership with Fungi Perfecti, a business based in Olympia, Washington founded by Paul Stamets.

Prof Sheppard said. “He read about viruses hurting bees and called us to explore the use of the extracts on honey bees.

“After two years, we demonstrated that those anti-viral properties extend to honey bees.”

However right now, the mycelium extract isn’t currently available in levels for beekeepers to purchase for their hives.

Mr Stamets said: “We are ramping up production of the extracts as rapidly as is feasible, given the hurdles we must overcome to deploy this on a wide scale.”

Over the last decade, beekeepers have seen a disastrous decline in the health of honey bee colonies, often averaging over 30 per cent loss annually.

Varroa mites, and the viruses they proliferate, play a major role in those losses.

Lake Sinai virus is also associated with varroa mites and is widespread in bee colonies around the United States.

While the virus has no obvious or overt symptoms, it’s an important virus to fight because it was found at higher levels in bees from collapsing colonies. 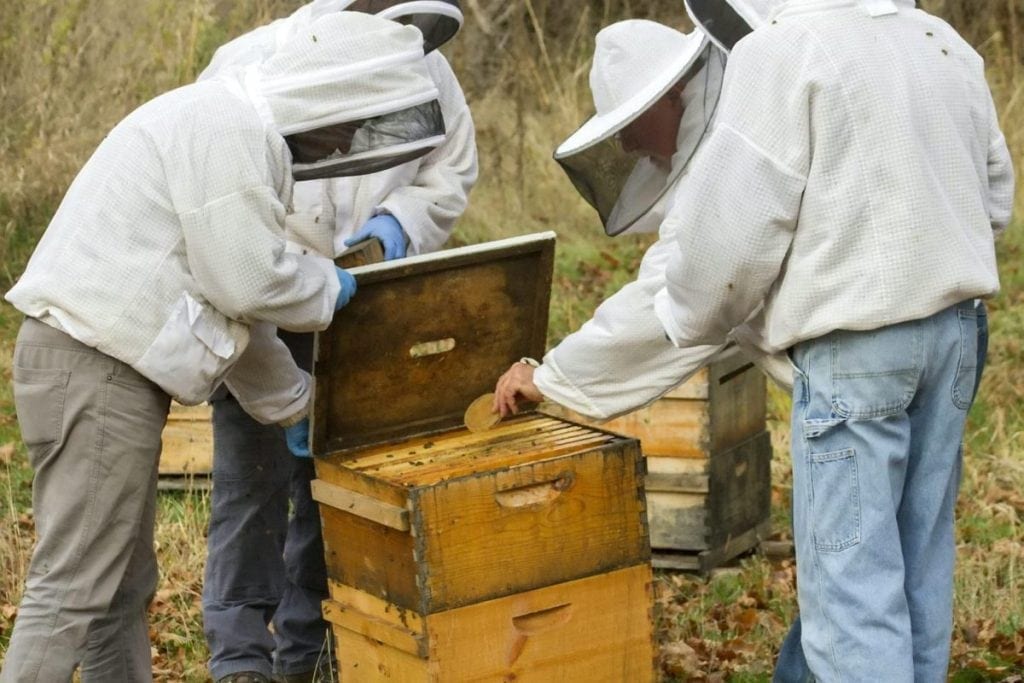 It is closely related to chronic bee paralysis virus and it likely makes bees sick and weak.

The treated bee colonies in this experiment were fed an oral treatment of mycelial extracts in dozens of small WSU bee colonies infested with varroa mites.

“After we follow larger colonies for a full year, we can develop recommendations for how to use the extracts.

“Then it is expected that Fungi Perfecti will ramp up production.”