Five years after the Yes/No referendum a survey commissioned by pro-UK campaigners Scotland in Union found despite Brexit chaos, a large majority would vote to "remain" in UK but SNP say it is a "rigged" poll. 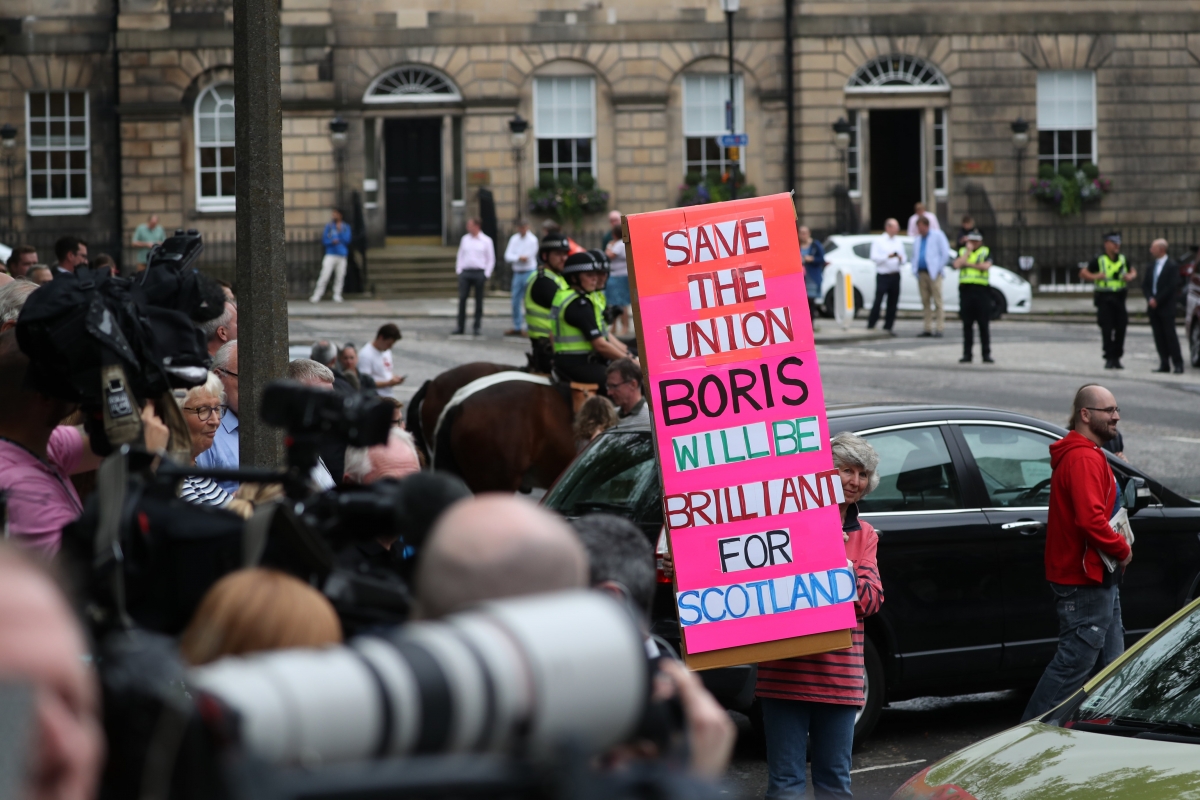 Nicola Sturgeon has been challenged to ditch plans for a second independence referendum after a new poll suggested fewer than three out of 10 Scots want there to be another vote in the next 18 months.

Survation carried out the research for the pro-UK campaign group Scotland in Union, with the poll putting support for the Union at 59% – higher than the 55% who backed this in 2014.

This, despite Boris Johnson threatening to crash the whole UK out of the EU with no withdrawal deal.

But the opinion poll asked a different question from that put to voters on the September 18 referendum – “Should Scotland be an independent country?”

Poll “trying to rig the question”

Mr Brown claimed: “This is desperate stuff from the opponents of independence, who are clearly running scared.”

The poll found more than a quarter of Scots (28%) said there should not be another independence referendum.

But with the First Minister having indicated she would like a second ballot to be held in the later part of 2020, 27% of those questioned said there should be another referendum within 18 months.

Meanwhile, 15% supported having another ballot between 18 months and five years’ time, 8% wanted this to be held between five and 10 years from now, and 13% said there should not be another referendum for at least a decade.

One in 10 people did not know about the timing of a possible second independence vote.

Pamela Nash, the chief executive of Scotland in Union, said: “Just five years on from the referendum that Nicola Sturgeon promised was a once-in-a-generation contest, this landmark poll shows that 59% of people in Scotland want to remain in the UK.”

Ms Nash, a former Labour MP, added: “More than half a million Scots who voted Yes in 2014 have now switched to supporting Scotland’s future in the UK to protect vital public services like the NHS and schools from the SNP’s drastic cuts.

“People are seeing the chaos that Brexit has brought, and know that Scotland leaving the UK would be much worse.

“Barely a quarter of people support the First Minister’s plan for a second referendum within 18 months, and she should now drop her reckless and deeply unpopular proposal.”

She insisted: “We are stronger together as part of the UK. It’s time to put the independence referendum divisions behind us and work towards a better future for Scotland as part of the UK, protecting public services and growing our economy, and building on our shared history and culture.”

Scottish Conservative leader Jackson Carlaw said: “This shows what we have spent five years telling the SNP – the people of Scotland don’t want to break up the UK, and they don’t want to have to deliver that verdict in another referendum.”

He added: “On the fifth anniversary of that referendum, this is a reaffirmation of how seriously Scots take our place at the heart of the UK.

“Perhaps after half a decade of trying to overturn the result from 2014, the nationalists should start to accept it.”

Mr Brown said the poll had “backfired spectacularly” as it showed “almost two-thirds of people are now in favour of another independence referendum”.

He continued: “Polling consistently shows support for independence up since 2014 – with most recent polls showing a referendum result is too close to call. More and more people are seeing the Westminster chaos which is failing Scotland and are turning to independence.

“Momentum is building towards a referendum, and when it comes, all the signs are that the people of Scotland will vote Yes.”

Other recent polls suggest that the Conservatives might become extinct in Scottish seats since Boris Johnson became Prime Minister and Scottish Conservative leader Ruth Davidson resigned amid the threat of a Tory dash towards a no-deal Brexit.