Nicola Sturgeon would be happy to join an all-women emergency Cabinet in an attempt to block a no-deal Brexit, she has told ITV’s Loose Women. 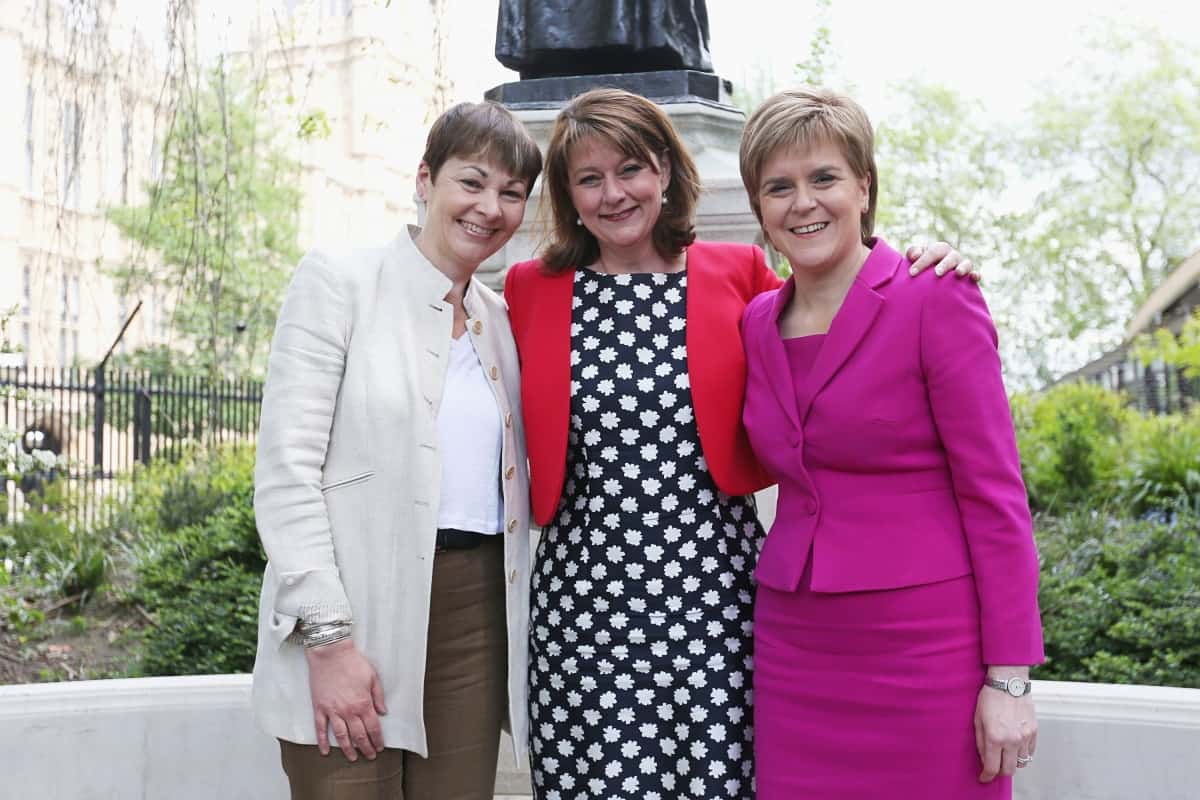 The Scottish First Minister was asked about Caroline Lucas’ suggestion of forming a female-only leadership team opposed to Brexit.

The Brighton Pavillion MP has proposed forming a Cabinet of senior cross-party female MPs if Parliament passes a motion of no confidence in Boris Johnson’s Government to call for a referendum on whether to leave the EU.

Ms Sturgeon revealed she has responded to the Green MP’s invitation.

She said: “I’m happy to work with anybody – male or female, I have to say – to try to stop Brexit, in particular to try to avoid a no-deal Brexit, which I think would be really, really damaging.

“I’m all for more women in politics, I think we can bring a different perspective.

“But I do feel duty-bound to point out the former prime minister was a woman and didn’t manage to sort out Brexit so there’s maybe a flaw in that somewhere.”

Describing Ms Lucas as “a fantastic MP”, the SNP leader added: “I’m more than happy to band together with a bunch of other women.”

The proposal sparked some backlash for not including any black or ethnic minority women in her hypothetical Cabinet.

Ms Lucas responded to the accusation on Twitter, saying: “The list of women came about because they comprise the leadership/deputy leadership of the relevant parties/groupings/nations of the UK.

“But … it absolutely needs to be opened out further eg would love Diane Abbott to be involved.”

During her appearing on the daytime chat show, Ms Sturgeon was asked about women in politics.

She said: I’m generalising here, but women can be a bit more empathetic, more willing to listen and less (tribal) … it doesn’t always work that way, my political opponents say that might not be the case all the time with me.

“Women do bring out a different approach to politics and if we have more women, we’re seeing more women in politics, it might change the overall tone.”

‘I’m happy to work with anybody, male or female, to try to stop Brexit.’@NicolaSturgeon responds to @CarolineLucas‘s call for leading female politicians to form an all-female emergency cabinet to tackle Brexit.@ITV | @WeAreSTV pic.twitter.com/B9GZuPLNFv

Asked about the new Prime Minister Boris Johnson, Ms Sturgeon said: “Boris and I are not very alike.

“It’s not just men, I don’t want it to sound like I’m having a go at men all the time, Boris just talks nonsense but he has that swagger and confidence and conviction.

“Despite the swagger, it’s still nonsense.”

She described Mr Johnson’s predecessor Theresa May as “very, very scripted”, adding: “When you were talking to her in private, it was the same approach she took, she very rarely departed from the script in front of her.

“Fair play to her, that’s how she wanted to do business, but it could be really difficult and frustrating if you were trying to get into a discussion about how we, notwithstanding the big differences between us, might try to find a common ground.”

She said: “The most confident looking of people have their moments of self-doubt. And self-doubt is a good thing.

“It’s the people who don’t suffer from self-doubt who should never be allowed within a million miles of political leadership – talking about nobody in particular.”

‘It’s the people who don’t suffer from self-doubt that should never be allowed within a million miles of political leadership.’@NicolaSturgeon reveals that she thinks, ‘self-doubt is a good thing.’ pic.twitter.com/epNlcWhVv4

In light of Miley Cyrus and Liam Hemsworth’s apparent marriage break-up, the First Minister also gave some advice about returning to an ex.

She said: “I don’t know that there’s an absolute yes or no answer to that.

“My philosophy in life tends to be keep moving forward, try not to look back, try not to have regrets.

In relationships, it’s not something I’ve done. It depends, if you broke up in the first place, unless you really resolve that, perhaps you’re going to repeat the same mistakes over again.”