The drone sent out an audio message to the surfer saying: ‘Shark! Shark! Shark! Evacuate the water immediately!’ 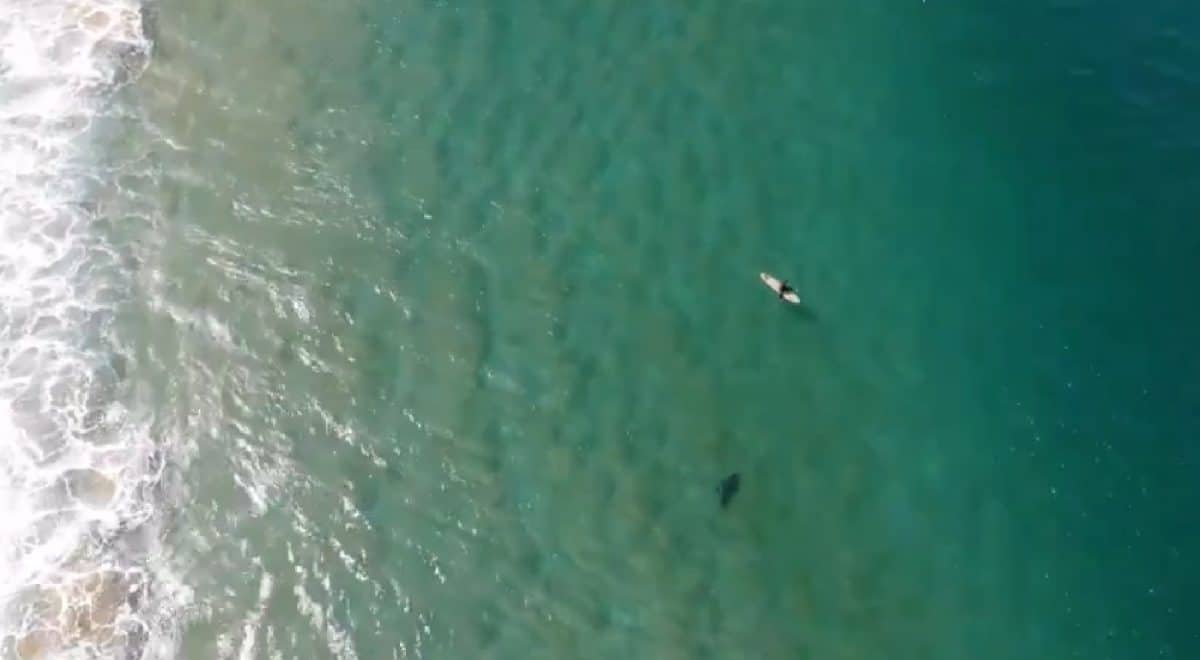 Surfer saved from shark attack thanks to warning from drone

A surfer averted a close encounter with a large shark attack after a warning from a drone flying above the ocean.

Amateur drone operator Christopher Joye was patrolling at Werri Beach in New South Wales on Sunday when he spotted a shark in the water heading towards a nearby surfer.

Using a speaker on his drone, which is a search-and-rescue model, he was able to send out a warning message to the surfer, who quickly turned their board towards land – seemingly spooking the shark.

The drone sent out an audio message to the surfer saying: ‘Shark! Shark! Shark! Evacuate the water immediately!’

While the shark swam back out to sea, the surfer quickly headed for the shore.

“I think it is probably the first time any drone pilot anywhere in the world has stopped a shark attack by warning the swimmers or surfers via a live communications channel,” said Mr Joye.

Mr Joye, who is a hedge fund manager by day, spends much of his spare time patrolling the seas for sharks using his drone.

“I do it because I have seen so many sharks from the drone that someone has to try and keep our surfers and swimmers safe,” he said.

“That’s why I bought the search and rescue drone with the ability to send alerts and communicate with people whose lives are at risk.”

Sunday was the first time he had used his Mavic 2 Enterprise Dual, which cost around AUS$6,000 (£3,300), to warn of a possible imminent attack.

“I was patrolling on Sunday and saw this large shark circling a surfer,” he said. “I raced in an blasted out the alert message, blaring, ‘Shark! Shark! Shark! Evacuate the water immediately!’

“You can see the surfer’s face as he suddenly looks up at the drone when he hears the message.

“He then sharply jerks the board toward the beach, which spooks the shark that was heading straight for him, probably thinking the surfer was unaware.”

Mr Joye believes the shark was three to four metres in length and probably “a bronze whaler or a young great white, both of which have many recorded human fatalities”.

He wants drone technology to be more widely used in preventing such attacks.

“The drone is much safer and more effective for sharks than a shark net,” he said.

There were 128 shark attacks in New South Wales between 1990 and 2017, according to statistics compiled by finder.com – nearly twice as many as any other state in Australia. Though most fatal attacks have occurred in Western Australia.

READ MORE: Sharks and marine predators need to live 1,250km from humans in order to thrive