The new Prime Minister spoke out on his first visit north of the border since taking over from Theresa May. 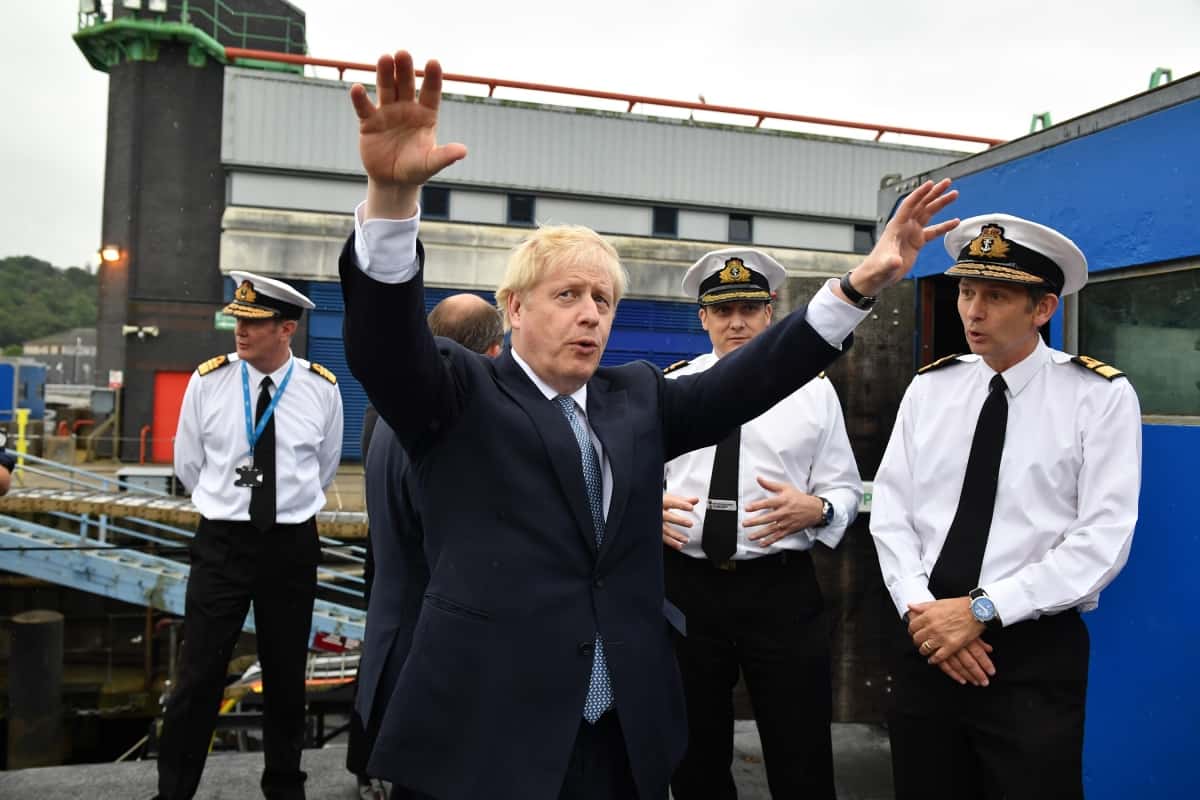 New Prime Minister Boris Johnson has insisted there is “no reason” for Scots to have the second independence referendum that Nicola Sturgeon is pushing for.

On his first visit north of the border since becoming Prime Minister, Mr Johnson declared the vote in 2014 had been a “once in a generation event” and public faith in politics would be further damaged if a second such ballot was to take place.

His comments came after the Scottish First Minister warned the new Tory leader’s “hard-line” government was driving the country towards “disaster” by pushing for a no-deal Brexit.

Scottish Conservative leader Ruth Davidson has also made it plain she will not support the UK leaving the European Union without a deal in place – with the issue marking a split between the Tory leadership north and south of the border.

Despite that, Mr Johnson promised he would be “doing everything I can to assist” Ms Davidson to become Scotland’s next first minister in the 2021 Holyrood election.

He hailed her as a “fantastic leader of Scottish Conservatives”, adding: “I am lost in admiration at what she has achieved, I am a massive fan of the way she has taken the argument to those who would destroy our union.”

Mr Johnson hit out at the “campaign to destroy the union” from the SNP – and while he refused to unequivocally rule out granting Holyrood permission for a second independence referendum, he said comments that the 2014 ballot was a “once in a generation” event must be respected.

He spoke as he visited the Faslane naval base on the Clyde, where he went on board HMS Victorious, one of the nuclear submarines stationed there.

“I see no reason now for the politicians to go back on that promise.”

“Everybody made clear at the time in 2014, even the Scottish Nationalist Party, I seem to recollect, said that this was a once in a generation vote and I think that the confidence of the public in politicians would be undermined yet further if we were to go back on that and hold another referendum.”

She added: “Boris Johnson has formed a hard-line Tory Government with one aim – to take Scotland and the UK out of the EU without a deal.

As well as meeting Ms Sturgeon and Ms Davidson, the PM used his visit north to announce a £300 million funding pot for communities in the devolved nations.

Downing Street said the cash was an expansion of the regional Growth Deals, with funding due to go towards deals in Falkirk, the islands and Argyll and Bute in Scotland, as well as Causeway Coast and Glens and Mid South West Northern Ireland, and Mid-Wales.

The Conservative leader has said he wants to ensure no corner of the country is left behind.

He said critics who have dubbed him the last prime minister of the UK were “grossly underestimating the United Kingdom”.

“Our union is the most successful political and economic union in history,” Mr Johnson said.

“We are a global brand and together we are safer, stronger and more prosperous.

“So as we prepare for our bright future after Brexit, it’s vital we renew the ties that bind our United Kingdom.”