The research was carried out by YouGov for The Times newspaper. 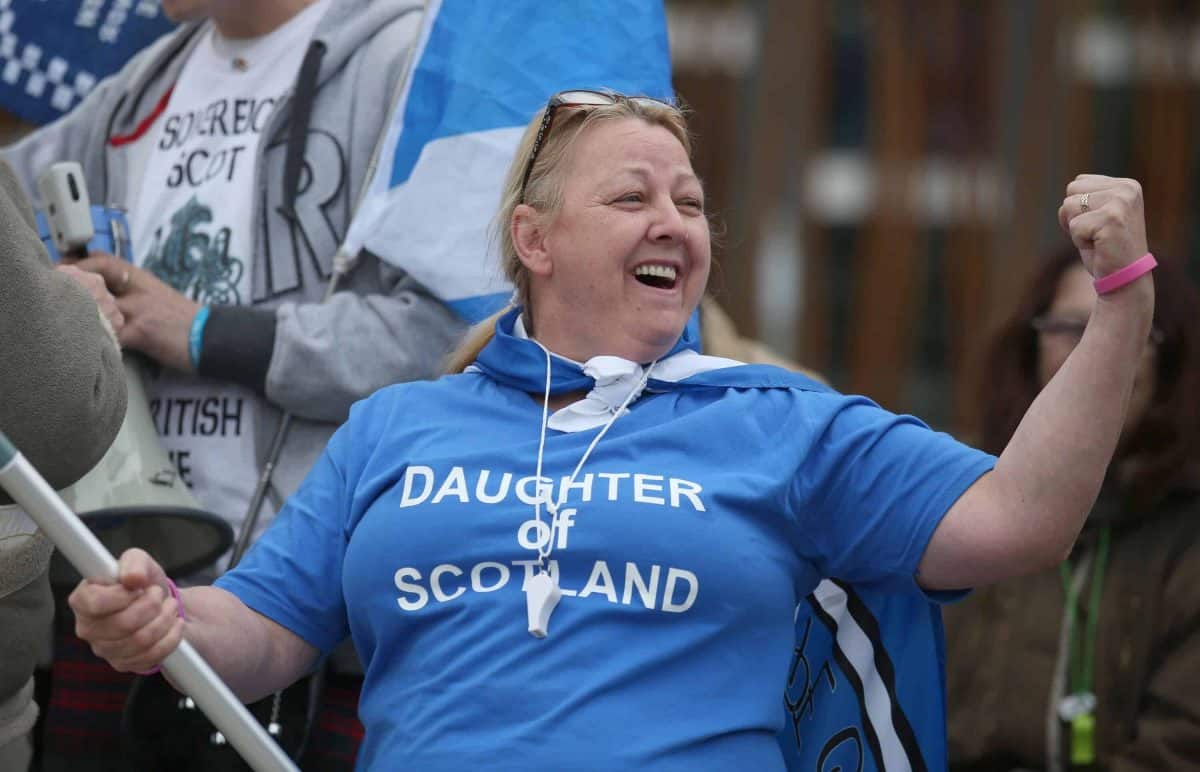 With Boris Johnson pushing for a snap general election, a new poll has suggested the Tories could be set for heavy losses in Scotland.

The survey, carried out by YouGov for The Times in Scotland, also found more Scots want a second vote on independence in the next five years than are opposed to such a ballot.

Support for Scotland leaving the United Kingdom was put at 49%, with 51% in favour of the Union.

One in five (20%) of the 1,059 Scots who were surveyed said they would vote for the Conservatives in a Westminster election, down from the 28.6% the party polled in 2017.

That strong showing by the Tories – at the time led by Ruth Davidson – resulted in the party winning 13 seats north of the border, helping keep then prime minister Theresa May in Downing Street.

But elections expert Professor Sir John Curtice said some of those seats could be lost, adding that the SNP could win more than 50 of the 59 constituencies north of the border.

A total of 43% of those questioned for the survey said they would vote for Nicola Sturgeon’s party in a general election.

With Labour polling at 15% in Westminster voting intentions, the Liberal Democrats on 12% and the Brexit Party and the Greens on 6% and 4% respectively, analysis suggested the Tories could lose as many as 10 of the Scottish seats they won two years ago.

Sir John, professor of politics at Strathclyde University in Glasgow, said: “This suggests that an early general election would be a gift wrapped by Boris Johnson to Nicola Sturgeon as far as Scotland is concerned.”

He told BBC Radio Scotland’s Good Morning Scotland programme: “The SNP could well find themselves with over 50 of Scotland’s 59 MPs.

“Certainly in an early election the Conservative Party probably has to brace itself for the probability it is going to lose some of those MPs who were crucial to Theresa May’s position in 2017.”

Meanwhile 45% of Scots now support having another referendum on independence in the next five years – narrowly ahead of the 44% opposed to such a move, with 11% unsure if there should be a second ballot.

And with 49% favouring leaving the UK, Sir John said the poll confirmed the suggestion that “public opinion on independence has shifted”.

“Therefore strongly suggesting that the continued Brexit impasse and the pursuit of what simply in Scotland might be regarded as a hard Brexit is now seemingly beginning to undermine support for the Union, as some of the critics of a hard Brexit have long suggested it would.”

On Tuesday, Ms Sturgeon confirmed she will demand the power for Scotland to have a second legally binding independence referendum before the next Holyrood election in 2021.

She told MSPs: “We have a clear democratic mandate to offer the choice of independence within this term of Parliament, and we intend to do so.”