He said he would do the job for free and realise opportunities by rejoining the single market and the customs union. 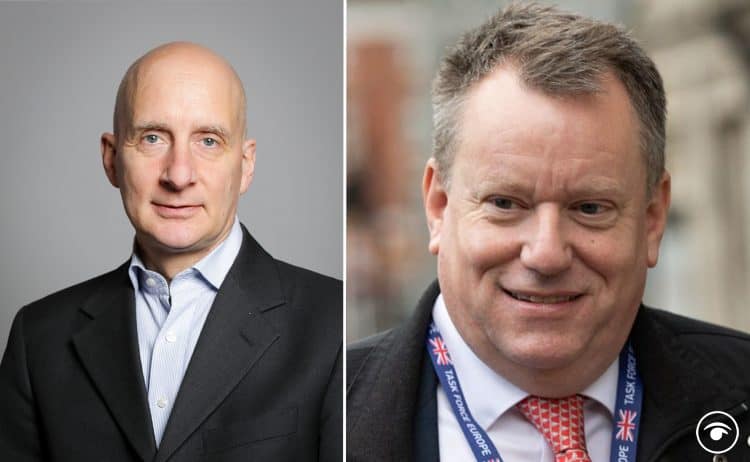 Brexit minister David Frost was pitched by Labour’s Andrew Adonis for the job of director of Brexit Opportunities Unit in a live debate in the House of Commons today – and the discussions did not disappoint.

Lord Adonis argued his role would involve giving Brits the opportunity to once again “travel, study, work, settle, live and form relationships across the whole of their continent and not be locked up in Boris Johnson’s Brexit Britain”.

It comes as Frost insisted the director’s pay, which will range between £93,000 and £120,000, is “appropriate for the calibre of candidate” required by the role.

“The director of the unit will of course lead an ambitious programme to address many of the important questions facing the UK,” Frost said.

But Adonis said he would be prepared to do this “exciting” job “for nothing”. He said the biggest Brexit opportunity would include reapplying to join the single market and the customs union so that the UK scraps trade barriers with the European Union and Northern Ireland.

But Frost disagreed. He said: “Brexit will be hugely in the interests of everybody in this country as we take forward exciting opportunities to reform our own rules, take back control of our own legislation and run our own country as we wish.”

Conservative Lord Daniel Moylan jumped in to support Frost, saying one of the biggest Brexit opportunities is to “diversify UK’s trade away from its artificial and risky dependence on the European Union”.

Moylan hinted at the fact that the government is planning to financially support agencies that “can help in hunting down sales around the world.”

And Frost said the cabinet has been busy helping UK organisations “in their export plans” and to “understand difficulties” they are facing. He argued exports to the EU so far this year have been at 2019 levels, but, in April for example, UK exporters reported a 41 per cent decrease in overseas sales with Europe.

Lib Dem Sarah Ludford expressed surprise at the fact that the government needs not only a director, but a whole unit looking for Brexit opportunities, which she said should be “self-evident” to Frost and the government.

Baroness Ludford called on Frost to list specific benefits of Brexit, outweighing difficulties of working in the EU, hassle with exports and imports and workers shortages across sectors, and for him to listen them without the “grandiose global Britain rhetoric”.

“I could go on, but I think there is a long list of opportunities that we will be able to take advantage of,” he said.

Lib Dem Paul Strasburger said the benefits of Brexit remain “elusive” and hit out at Brexit’s impact on the creative arts sector, with performers now facing major obstacles to touring in Europe because of high costs and red tape.

“Meanwhile, musicians from Tonga and other countries can tour freely in the EU. Since their negotiators were so much more successful than ours, shouldn’t this new director be recruited from Tonga?” Lord Strasburger asked.

But Frost insisted the government is supporting UK artists to tour in the EU and blamed a few EU countries for the Brexit-caused problems, saying he hopes those countries will “change their arrangements to make them as liberal as ours.”