Barry Andrews, the Irish MEP for Dublin, also said the current brand of English Conservatives has an "unfortunate history with regards to international agreements". 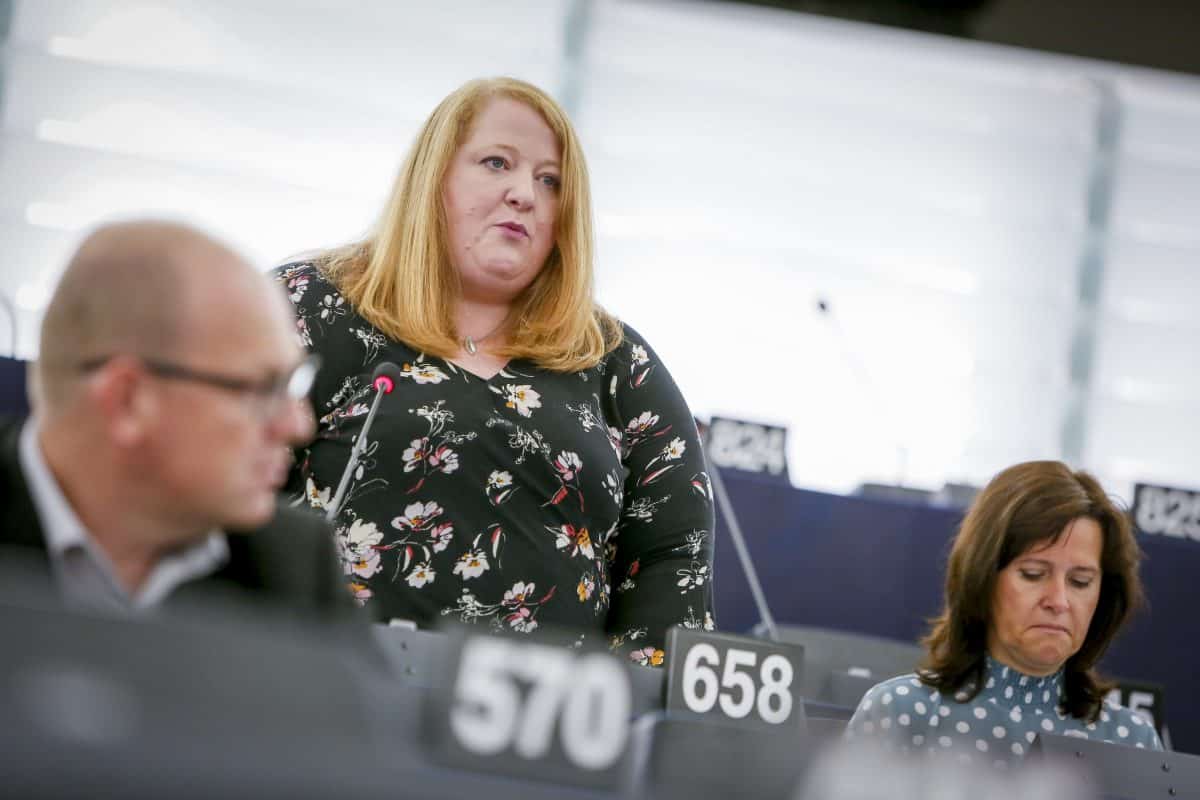 Naomi Long has hit out at Boris Johnson for his handling of Brexit, saying she has been “underwhelmed” by his leadership.

Responding to questions put to her by The London Economic, the Northern Ireland minister of justice said the prime minister has been “incredibly dishonest in promising people that they can have their cake and eat it” during the Brexit process and “blasé” in treating some of the fallout from that.

Chief among her concerns were the troubles in Belfast, which were recently described as the ‘worst since 1970s’ by one community worker.

She said that when the European Super League was announced, it took Johnson a matter of hours to speak out. By contrast, she said there were days of violence in Northern Ireland before he said a word.

“I would have liked to have thought that people taking to the streets and rioting might have got his attention and might have his warranted his intervention much sooner than football,” she said.

“There was the opportunity that grace periods could have been extended by agreement, which is how this should be done. By ignoring that and instead trying to flex the UK muscle, he squandered political capital with the European Commission.

“That is difficult for NI because we remain part of the EU single market, we are impacted by the decisions made; but it’s also bad for the UK, because we need to have positive relationships with our closest neighbours – and that is the EU.”

Risk the trade agreement will get ripped up

Responding to questions put to him by The London Economic, he said there is a risk the trade agreement will be ripped up.

“I am afraid the current brand of English Conservatives that is leading the British government has an unfortunate history with regards to international agreements.

“There are infrigiment proceedings going on now between the EU and the UK. The UK has been given time until the 15th May to respond to questions that have been raised by the EU.”

Mr Andrews said the May 6 England local elections means there is a lot of political capital to be gained, and so the government is tempted to weaponise the UK’s relationship with the EU.

But Ms Long suggested that the UK government’s poisoning of the EU discourse may work against future trade attempts.

She said: “If they want to make all these other agreements with other countries, they need to be a trusted partner, and if they can’t retain the trust of those with whom they’ve worked most closely with over the last decades, it’s hard to see how new partners will see them as trustworthy in new relationships.

“There’s self-interest as well for the relationship between the UK and the EU to stabilise, but unfortunately things are still very politicised. Boris Johnson at home may have his own difficulties and we may see the EU being used as a weapon to distract from his localised difficulties in the UK.”

Meanwhile, the UK’s Trade and Cooperation Agreement with the EU is likely to be formally approved today, the officials said.

Mr Andrews said that although there is strong support for the ratification of the agreement, there were doubts because of the non-implementation of the Northern Ireland protocol.

He added he campaigned on an enhanced dialogue between the Northern Ireland Assembly and the European Parliament, which was reflected in the resolution that is being voted on.

He said: “It’s important we have continuous dialogue between Belfast and Brussels to try and represent all communities in Northern Ireland. I think it’s a really critical point.”

Ms Long said ratification is ‘absolutely crucial’ from a stability point of view, and that a no-deal exit would have been ‘incredibly difficult’ for Northern Ireland.