Giving evidence during his trial, Sgt Jones said it “never even entered my mind” that the image might cause gross offence to anyone. 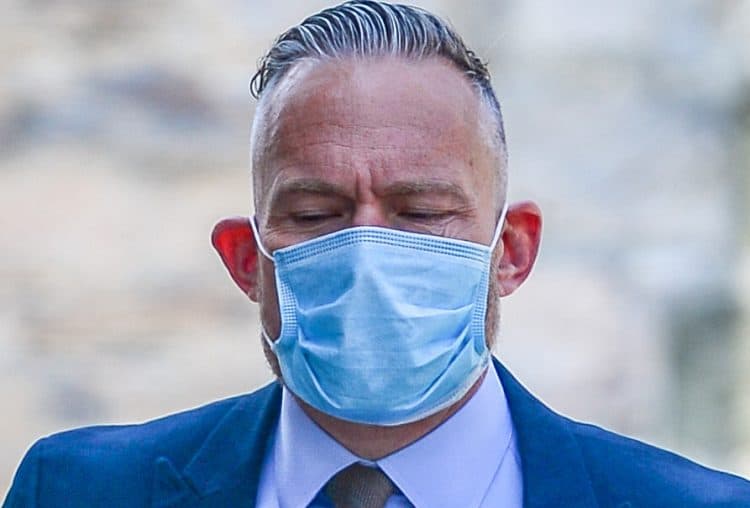 A police officer who sent a grossly offensive meme depicting the arrest of George Floyd to a WhatsApp group of colleagues has avoided being sacked from his job.

The Devon and Cornwall officer, who admitted gross misconduct, was found to have breached the professional standards of authority, respect and courtesy, equality and diversity, duties and responsibilities, and discreditable conduct.

The warning will remain in place for five years.

Sgt Jones had previously been acquitted by Plymouth Magistrates’ Court of sending a grossly offensive image, contrary to the Communications Act 2003.

The court heard the officer admitted sharing the image with the group on May 30 last year, five days after Mr Floyd’s death but insisted he did not mean to cause offence.

The meme featured Mr Floyd’s arrest in Minneapolis, in the US, on May 25, with an image of American man Wardy Joubert III, naked, superimposed on it.

Two members of the WhatsApp group replied with laughing emojis, but one member complained about the image, causing the matter to be referred to Devon and Cornwall Police’s professional standards department.

Sgt Jones, a custody sergeant in Torquay who had served with the police for 23 years, deleted the meme and apologised for sending it.

Giving evidence during his trial, Sgt Jones said it “never even entered my mind” that the image might cause gross offence to anyone.

“Maybe I was after a cheap laugh or trying to raise a smile.

“I didn’t think about it deeply and I didn’t look at the image in detail,” he told the court.

The IOPC launched an investigation following a referral from the Devon and Cornwall force.

Regional director Catrin Evans said: “The image was bound to cause significant offence, not least within our black communities.

“It is encouraging that the matter was swiftly reported by a work colleague who rightly called out the behaviour.

“The outcome is a reminder that the sharing of offensive material by any serving police officer is unacceptable, and that individuals will be held accountable.

“It is important officers understand that whether such behaviour occurs on or off duty, or in a private or public social media network, inappropriate and unprofessional conduct has serious consequences.”

The force said it had already acted upon recommendations from the IOPC concerning guidance to officers and staff on the appropriate use of social media and private messaging platforms.

Assistant chief constable Glen Mayhew said: “Devon and Cornwall Police expect all officers and staff to abide by high standards of ethical behaviour, both on and off duty.

“In this instance, the behaviour of Sgt Jones fell below those expected standards, something that was acknowledged by both the officer and the panel.

“The officer admitted gross misconduct and accepted that he had sent an image that was deemed to be grossly offensive.

“He apologised for his conduct at the hearing.

“The panel, led by the independent legally qualified chair, has concluded, based on the information presented to them, the most appropriate outcome was a final written warning.

“All processes are now complete and the officer will be supported to a return to the workplace in due course.”

Related: Black couple who adopted white boys describe how they get accused of kidnapping own children