Raab has previously faced criticism over his role in the chaotic Afghanistan evacuation when he was on holiday in Crete. 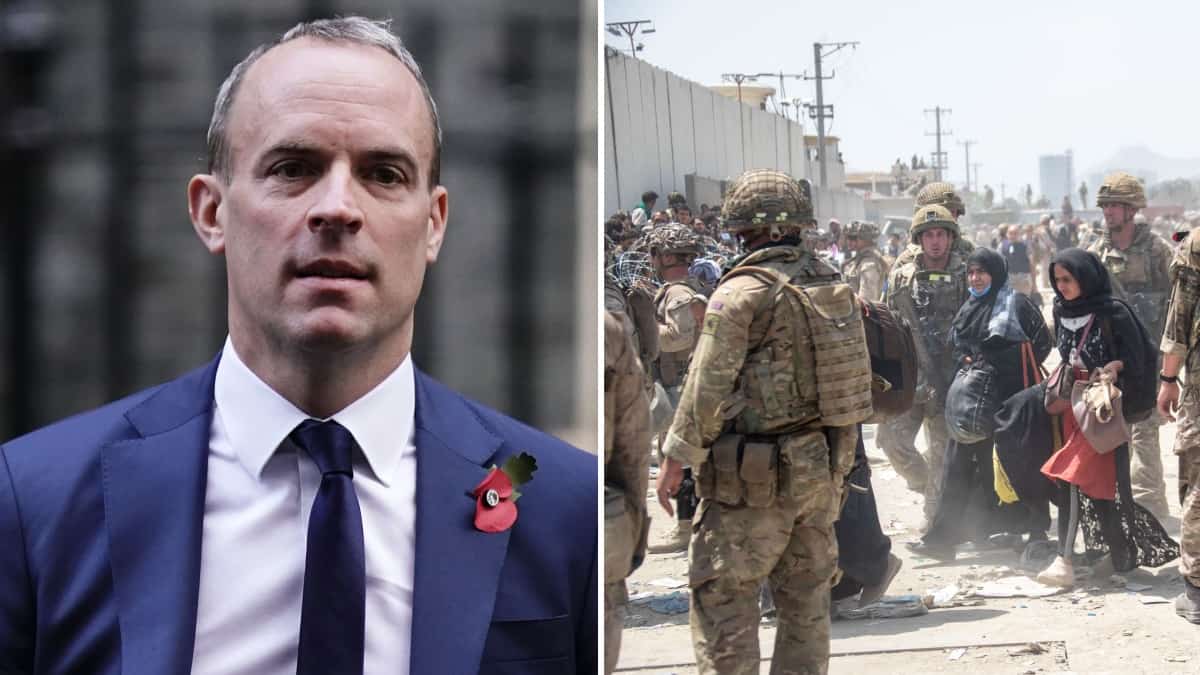 People died in the Afghanistan evacuations because Dominic Raab refused to review documents in formats which he did not like, the Guardian has been told.

A Ministry of Justice official told the newspaper that the revelations came to light during a meeting of deputy directors who work in policy to discuss the performance of Raab’s private office.

“One deputy director relayed the extraordinary information that, when Raab was at [the] FCDO (Foreign, Commonwealth and Development Office), people had died when advice pertaining to the evacuation of Afghanistan had been delayed because he didn’t like the formatting.”

Raab has previously faced criticism over his role in the chaotic Afghanistan evacuation after the fall of Kabul in August last year, when he was on holiday in Crete.

In evidence to the foreign affairs select committee, whistleblower and ex-FCDO official Raphael Marshall said Raab took “hours to engage” when he was asked to personally approve exceptional cases and returned files asking for them to be submitted in a different spreadsheet format. Marshall said he believed the delay meant some people never made it to Kabul’s airport.

Other officials have confirmed to the Guardian and Observer that Raab is very particular about the formatting of documents.

In November, it was reported that Raab’s refusal to speak to Foreign Office staff he viewed as “time-wasters” caused a “blockage” during the evacuation from Afghanistan.

Raab is understood to reject the allegations, with it said that senior officials were responsible for the flow of information to him and he did not pick and choose who he wanted to hear from but rather followed the advice given to him.

Related: Polling shows ’30p Lee Anderson’ is on track to lose his seat by a whopping margin