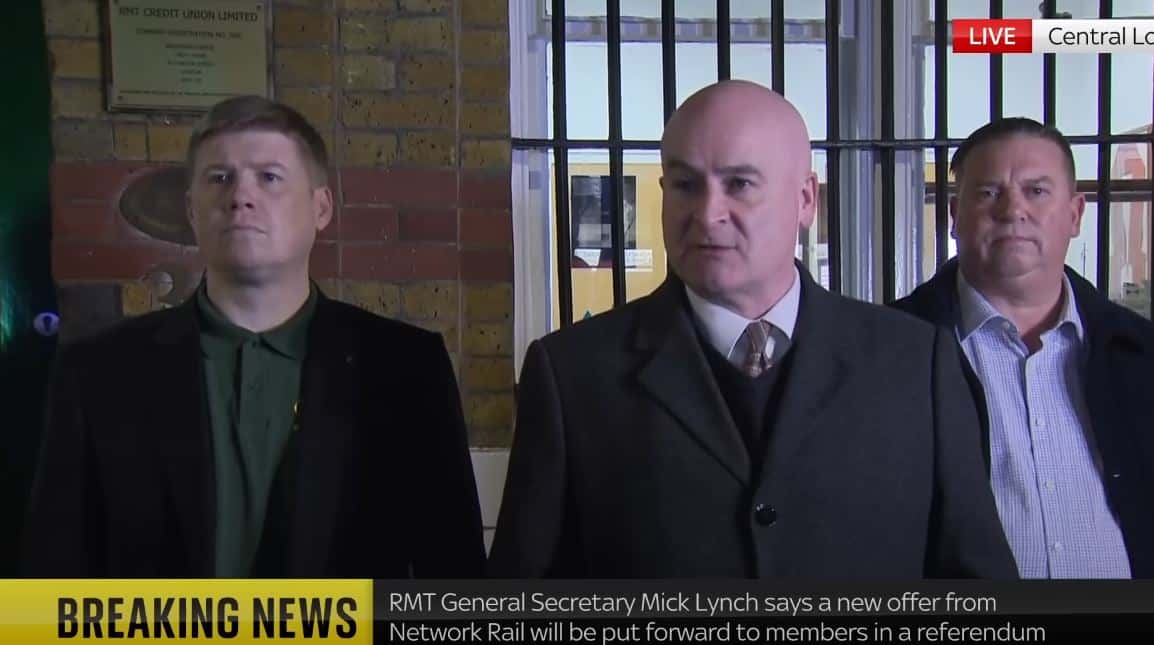 Network Rail workers are due to stage an extra strike over Christmas in the long-running dispute over pay, jobs and conditions – but talks will still proceed on Tuesday.

Members of the Rail, Maritime and Transport union (RMT) will press ahead with two 48-hour strikes next week and are now set to walk out from 6pm on December 24 until 6am on December 27.

The union recommended its members should reject the latest offer from Network Rail (NR), claiming train operating companies still awaited a mandate from the Government.

“We’ve been compelled to take this action because of the intransigence of the government, delivered to us by the employers on their behalf. We’ve got no choice. Our members simply aren’t in a position to accept the changes.”

“This government is corrupting business… It’s punishing brewers, restauranteurs, [the] entertainment industry, in return for their ideological pursuit of dispute with the railways and trade unions,” the RMT general secretary said.

You can watch in full below: