Border Force officers have seized fake poppy branded jewellery, key rings and scarves estimated to be worth approximately £150,000. The goods, some of which were also branded with the words ‘Lest we Forget’, were later confirmed to have infringed the Royal British Legion’s ‘two petal poppy’ copyright. The items were seized on 8 November when […] 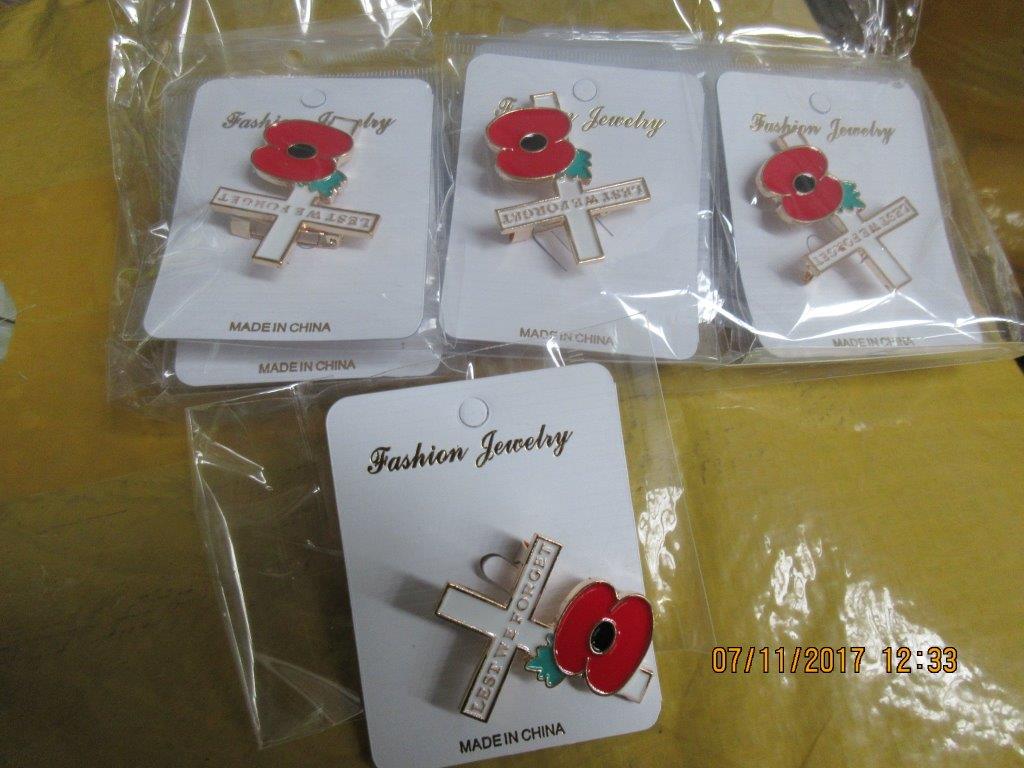 The goods, some of which were also branded with the words ‘Lest we Forget’, were later confirmed to have infringed the Royal British Legion’s ‘two petal poppy’ copyright.

The items were seized on 8 November when Border Force officers from the mobile International Trade Team based at Tilbury Docks attended a freight depot to examine an air freight consignment from China.

Inspecting the shipment, which was destined for an address in the Manchester area, officers discovered packages containing poppy branded goods including 1,212 scarves, 5,400 badges and 1,200 key rings.  Suspecting the copyright infringement, officers seized the goods and contacted the rights holder.

“Had these fake goods entered the market, they could have cheated thousands of pounds from unsuspecting members of the public and diverted vital funds away from the Royal British Legion.

“My officers work around the clock at ports, airports and mail sorting centres identifying and seizing counterfeit goods and their diligence has proved vital here.

“All counterfeits cheat honest traders and we are determined to crack down on this type of criminality. Border Force works closely with partner law enforcement agencies to ensure co-ordinated action against those who attempt to import fake goods.”

Once items are seized, Border Force’s specialist international trade teams work with the owners of big brands to establish whether or not goods are genuine. If they are confirmed as fake, the goods are destroyed and the rights holders can then decide whether to privately prosecute the importers. 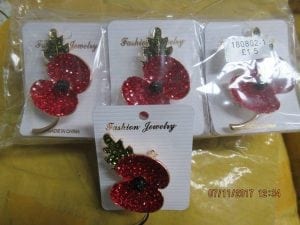 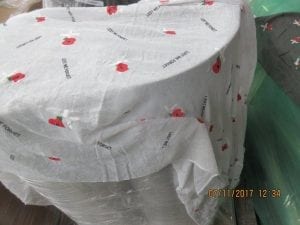 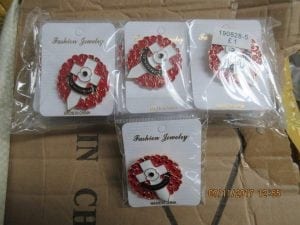 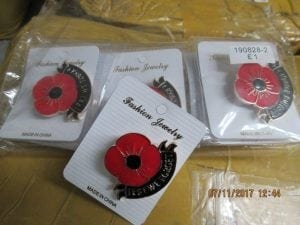 A spokesperson for The Royal British Legion and Poppyscotland said:

“The Royal British Legion and Poppyscotland offer a number of poppy accessories which raise much-needed funds for our charitable work. By donating for a poppy through our official channels, or corporate partners, the public can rest assured that their money will go towards supporting our Armed Forces community.”

As well as working with rights holders when counterfeit goods are seized, Border Force also links with a variety of partners, including Trading Standards and the Intellectual Property Office.

Anyone who has been sold counterfeit goods or knows someone who is selling them should contact Action Fraud on 0300 123 2040.