By Simon Brown I joined the Army when I was just 18 back in 1997. I trained as a mechanic and my role was to fix broken down vehicles. I served all over the world with the Army but it was during my second tour of Iraq that my life changed forever. In December 2006, […] 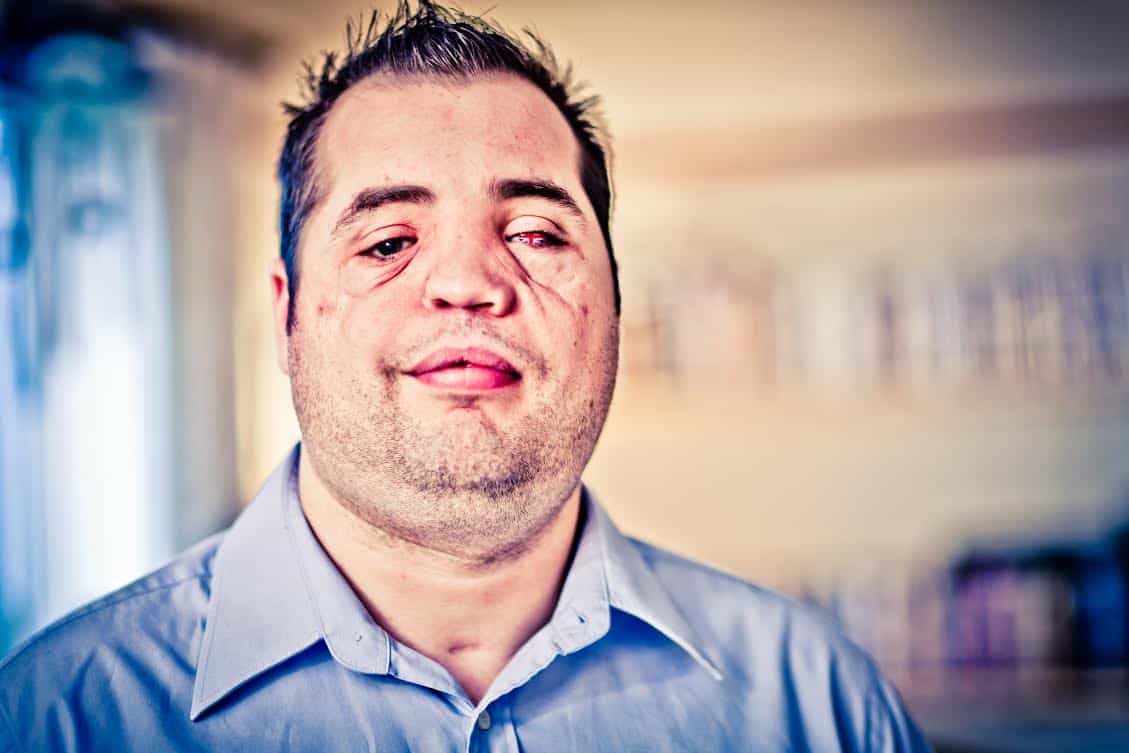 I joined the Army when I was just 18 back in 1997. I trained as a mechanic and my role was to fix broken down vehicles. I served all over the world with the Army but it was during my second tour of Iraq that my life changed forever.

In December 2006, I led a successful mission to rescue six soldiers who were stranded in a broken vehicle. We were about to leave the area but with all of the dust that was kicked up my driver couldn’t see properly. I stuck my head out the window to tell him if it was all clear for him to go. But as I brought my head back into the vehicle, I felt the sudden impact of something in the side of my cheek. It was as if I had been hit in the face with an iron bar.

I knew straight away that I had been injured but I didn’t know how badly. Luckily the sniper’s bullet didn’t knock me out. It went in through the left cheek and out through the right. It shattered both of my cheek bones and broke my jaw in four places. So much of the internal and facial damage I didn’t find out about until later.

I managed to get to a medic and they lifted me onto a stretcher. The next thing I knew, I was at Selly Oak Hospital in Birmingham on Christmas Eve, waking up to the news that I had lost my left eye totally. Then they told me that there was very little chance of any sight ever coming back to my right eye. It was then that my world fell apart. Those four words: “You’ve lost your sight.” It sounded like my life was over. 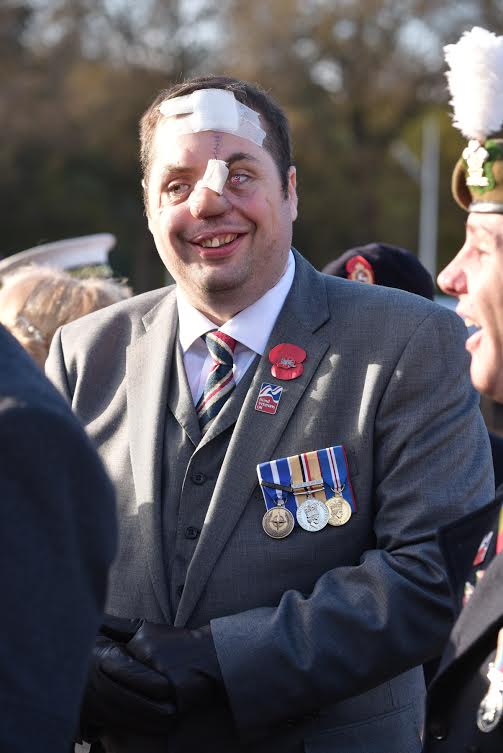 I’d lost my job, my career, my future. When I came out of hospital, I tried to take a pragmatic view of what I was going to do next. But to be 28 years old and to believe that my best years were behind me was quite depressing. I searched around for anyone who could help and I found Blind Veterans UK.

It took a lot of courage and strength to climb out of the deep hole I fell into but you can’t do it on your own. It is professional help and peer support that makes the real difference. Through Blind Veterans UK I was introduced to other veterans who’d overcome adversity. The charity isn’t about tea and sympathy, it’s about giving you your life back.

I now work for Blind Veterans UK and I am involved in other charities that I believe in. In my role as Communications and Engagement Officer at the charity, I use my experience to motivate others to get the support that they need. I travel on my own up and down the country to different events from national conferences to local blind associations, speaking about the support Blind Veterans UK has to offer. And I challenge assumptions too. Most people think that we only support war-blinded veterans but I work with a lot of National Service veterans who lost their sight to age-related illnesses. We help them too.

Thanks to Blind Veterans UK my life has been rebuilt. I am evidence of what can be done. Since that day in December 2006 everything has changed but my life is far from over yet. The charity believes that there are 59,000 blind veterans in the UK and most of them do not get the support they are entitled to. I am playing my part by reaching out to them. Can you too?

If you, or someone you know, served in the Armed Forces or did National Service and is now battling severe sight loss, find out how Blind Veterans UK could help by calling 0800 389 7979 or clicking here