One of the last Spitfire pilots from the Battle of Britain was honoured at his funeral with a fitting flypast of the iconic aircraft. Squadron Leader Nigel Rose shot down four German planes and also survived being attacked by a Messerschmitt 110 over the Channel during World War Two. Despite the dogfight he managed to […] 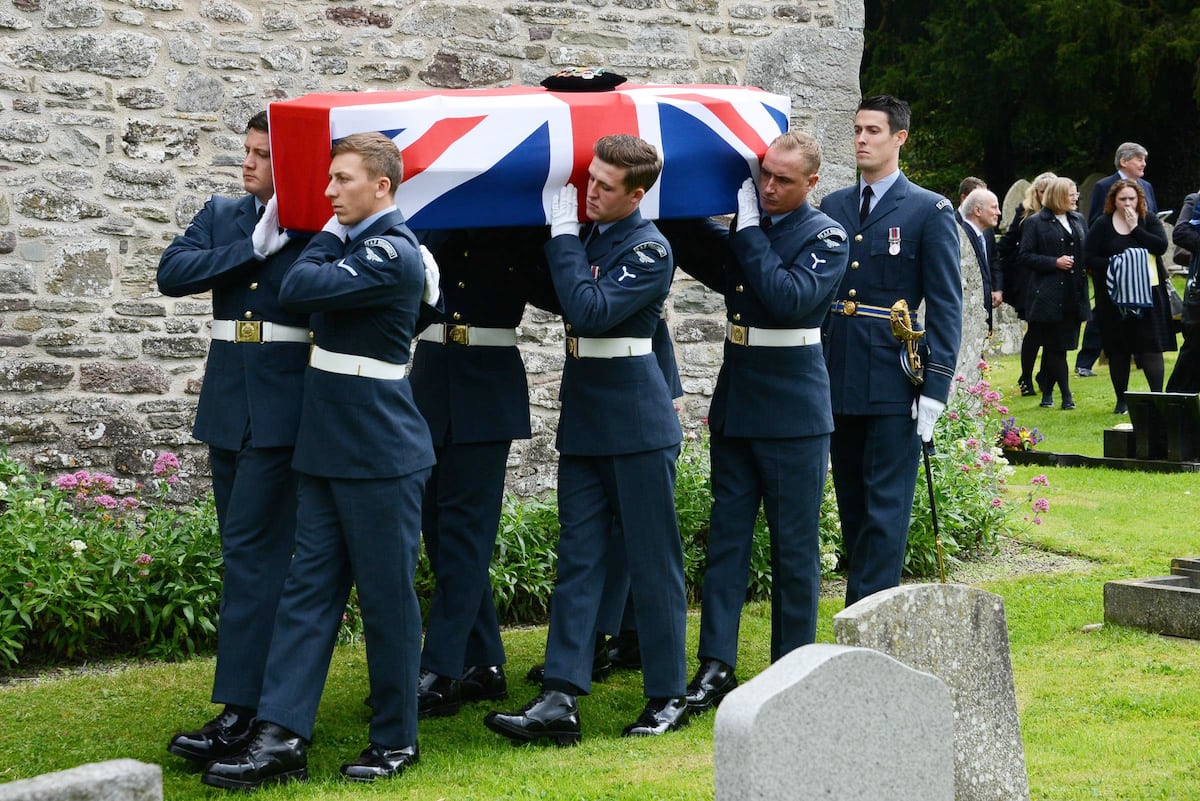 One of the last Spitfire pilots from the Battle of Britain was honoured at his funeral with a fitting flypast of the iconic aircraft.

Squadron Leader Nigel Rose shot down four German planes and also survived being attacked by a Messerschmitt 110 over the Channel during World War Two.

Despite the dogfight he managed to return to RAF Westhampnett and landed without any brakes, flaps or radio.

The war hero passed away at the age of 99 on September 10 and was laid to rest in his home town of Hay-on-Wye, Herefordshire, on Saturday (23/9).

To mark his burial a Spitfire from the Battle of Britain Memorial Flight performed three flypasts over St Eignon Church.

Friends, family – including his daughter, best-selling novelist Barbara Erskine – and dignitaries all attended to say a final farewell at the emotional service.

A spokesman for RAF Cosford said: “It was a poignant and fitting way to say goodbye to a national war hero

“The Queen’s Colour Squadron performed beautifully taking the coffin from the church to the Hurst.

“As the Spitfire dropped on the final occasion it waggled its wings which was a farewell from one fighter pilot to another.

“You have to be pretty noteworthy to get a flypast and it showed the magnitude of his service to his country.”

Air Commodore Alan Gillespie represented Prince Charles and the Duchess of Cornwall at the service.

Lord Lieutenant of Powys Shân Josephine Legge-Bourke was also in attendance alongside air force personnel and representative from the Battle of Britain Trust.

Sqn Ldr Rose previously described coming under attack by the Luftwaffe and said they “made rather a mess of the Spitfire”.

He added: “At first I thought I had to get out. I put the hood back, undid the straps and got my feet up on the seat.

“But then I decided that I could get back. I managed that and landed with no brakes, flaps or radio.”

He went on to say the Spitfire was “something out of this world” and added: “It was a beautiful aircraft to fly.

“It had no bad habits, it had its own personality, and as some people have said once you were sitting in the cockpit and strapped in, you felt part of it and it felt part of you.”

After serving with No 54 Squadron and spending time as an instructor in the UK and the Middle East, he left the RAF in February 1946 and became a chartered quantity surveyor.

His death leaves only about 10 known veterans of Battle of Britain, of whom Winston Churchill said: “Never was so much owed by so many to so few. ”

Sir Stephen Hillier, RAF Chief of the Air Staff, said: “Squadron Leader Nigel Rose, as one of the sadly ever diminishing number of ‘The Few’, was part of an extraordinary cadre of brave and selfless people to whom we owe our freedom.

“They remain an inspiration to the RAF of today.

“Their bravery and sacrifice should never be forgotten – lest we forget.”