A Christian of Pakistani origin was hospitalised after being brutally beaten up by a gang of ‘Muslims’ – because he had two POPPIES on his car. Tajamal Amar, 46, who fled Pakistan to escape violence, suffered a broken nose and several lacerations to the head and body after being attacked outside a fast-food restaurant. The […] 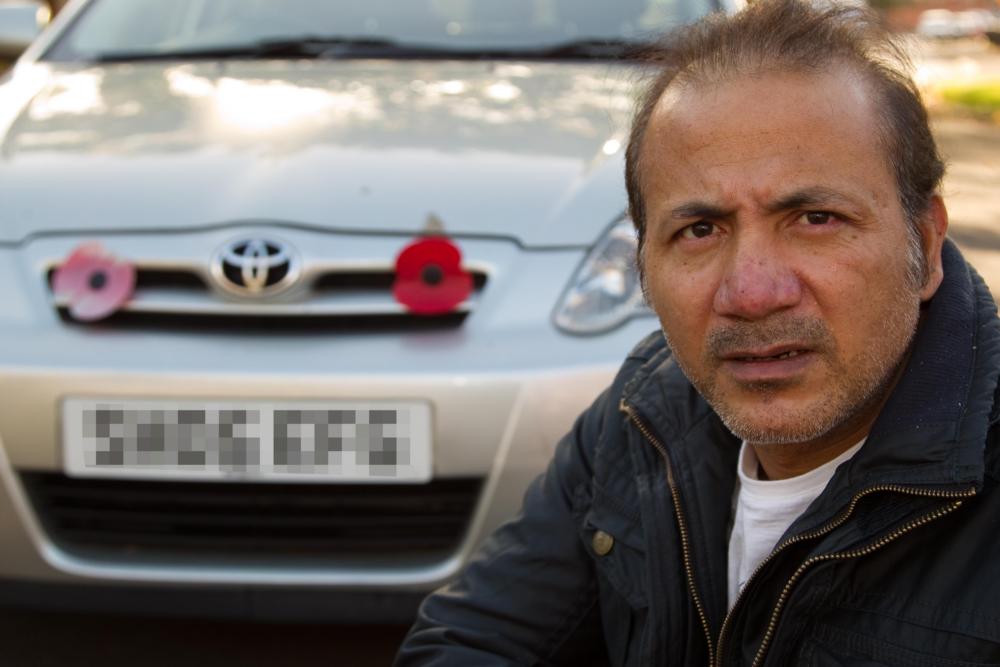 A Christian of Pakistani origin was hospitalised after being brutally beaten up by a gang of ‘Muslims’ – because he had two POPPIES on his car.

Tajamal Amar, 46, who fled Pakistan to escape violence, suffered a broken nose and several lacerations to the head and body after being attacked outside a fast-food restaurant.

The food delivery driver believes that a group of Muslims were responsible for the assault outside the Red Chilli restaurant in Littleover, Derby., at around 8.45pm on October 20.

He claimed that the men had taken offence as he proudly displayed two large poppies on his silver Toyota, which also had a cross dangling from the rear-view mirror.

The father-of-one was knocked unconscious and rushed to Royal Derby Hospital, where he woke up five hours after the attack.

He believes that he was hit on the top of the head, and then was beaten further as he lay lifeless on the floor.

Tajamal, of Derby, said: “Several times, local Pakistani people in Derby have taken offence from the fact that I am Christian.

“When they first find out, many stop talking to me.

“My wife and I have often been shunned.

“On the day of my attack the visible display of a cross in my car and two poppies just below the front bonnet, triggered the violence against me.

“I know this, because for a few days before the attack the same men, glared at me after they noticed my Christian paraphernalia.

“I fled from Pakistan to escape violence such as this, but more and more the same violence is coming into Britain.

“Freedom of religion should be the right of any British citizen but today I feel unsafe, even then nothing will stop me going to church.

“I will pray for my attackers and hope they will change their hard-line approach to faith which is very dangerous for our society.” 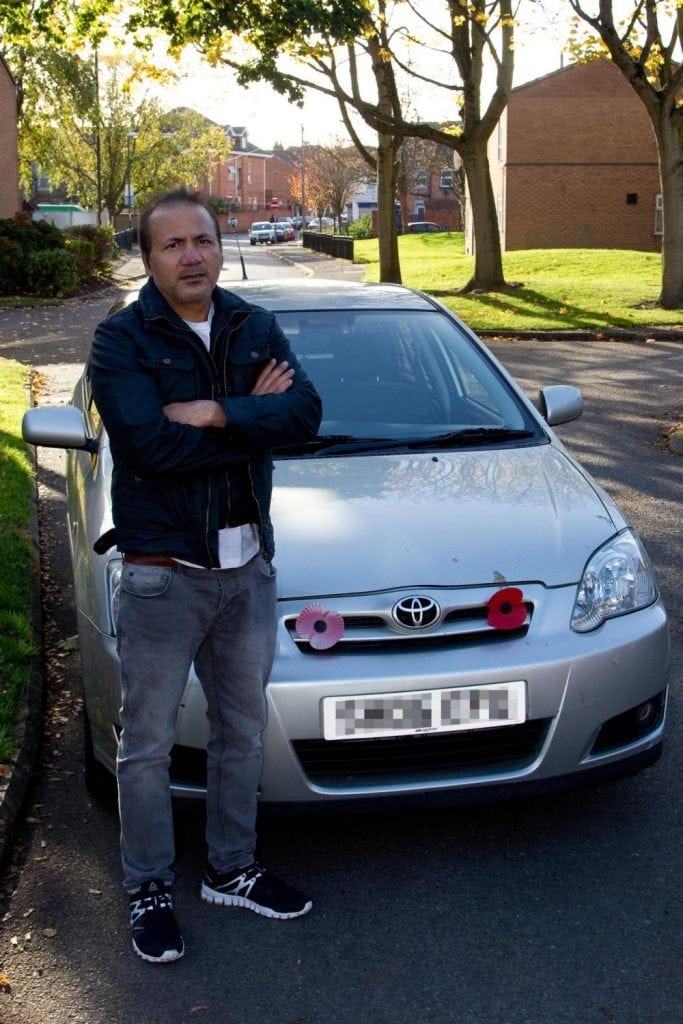 Wilson Chowdhry, Chairman of the British Pakistani Christian Association, said: “This unprovoked attack on a Christian for simply displaying a cross and two large poppies is an example of the religious intolerance that some strands of radical Islam promote in Britain.

“An innocent man has been hospitalised, he has had to take several days off work, and now he is living in fear of further reprisals, simply for adhering to the Christian faith.”

At the time of the offence, a spokesman for Derbyshire Police said: “We were called to a report of an assault outside the Red Chilli restaurant, in Littleover, at around 8:45pm.

“It was reported that a 45-year-old man had been kicked and punched.

“He was hospitalised at the Royal Derby Hospital with a broken nose and we have not yet arrested anyone in connection with the assault.”

Speaking on Sunday, Mr Amar said: “What you have to remember about this attack is that it has happened in Great Britain. It was not Pakistan or a predominantly Muslim country, it was in Great Britain.

“These people are doing this openly, without any shame or any fear of the law. They are doing it because no one is catching them or stopping them.

“I don’t know when they are going to kill someone in the streets. They are uncontrollable, these people.

“Because I am a kaffir (infidel), in their eyes, they have chosen me to attack.

“If I did something like this in Pakistan – trying to enforce Christianity through force – then me and my whole family would be in the police station being punished.

“But these people have not been caught.

“They had seen me earlier in the evening, when I went to work in the takeaway at 5pm.

“They were staring at me and looking at the poppies and the cross in my car.

“I do not know their mentality or what they were thinking. They are like hunters. They attacked me without any argument or words between us.

“It was the first time we directly crossed paths. It was unexpected. They attacked me so severely, and basically left me for dead. 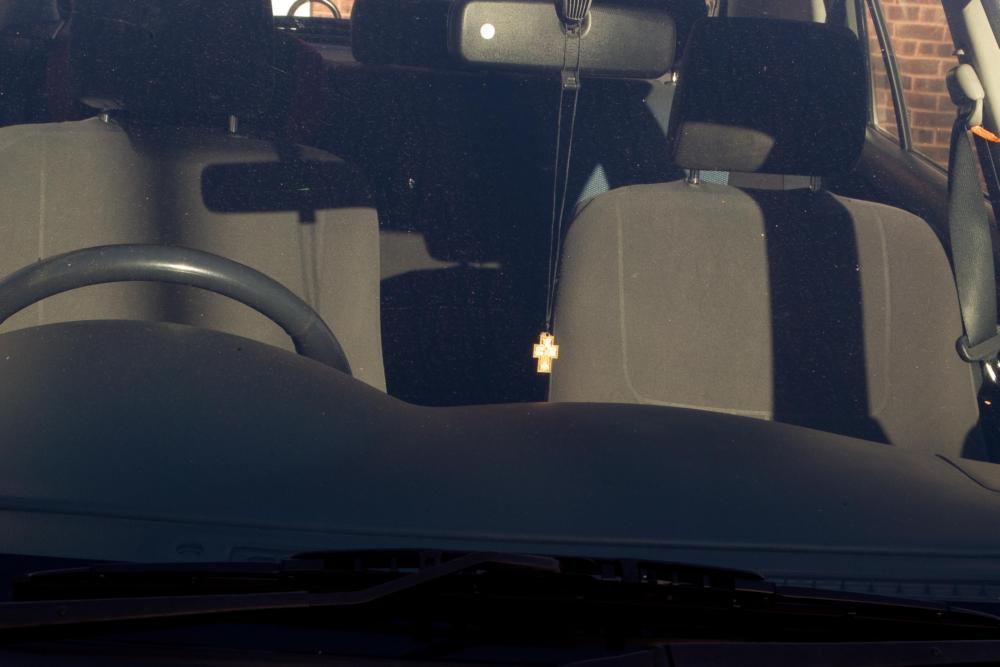 “It was about to six to eight hours before I woke up. Apparently my sister was on the phone to me at the time, but I couldn’t remember that until she mentioned it.

“Apparently she heard screaming and swearing and the sound of an attack happening – punches and kicks.

“It happened in a dark passage leading up to the car park, they must have waited there for me to come across or something like that.

“I saw two people, but I think there were more. One of them had glasses on and a grey beard, and the other was shorter and had a dark complexion and dark hair.

“The taller man put his hands behind my back, and the other one hit me with the iron fist on his hand.

“I was not discharged from the hospital for two days, and it was sometime between 2am and 3am on Saturday (21/10) that I even woke up.”

“It’s a part of who I am, it’s something that has always been there. I am proud of my heritage.

“In Pakistan, I went to a very good missionary school, so I was well educated in the ways of the Bible and Christian literature.

“Myself and my family, we ran a clothes business for years. It was passed down through the family.

“But people did not like that we were openly Christian, and they tried to talk us round to the ways of Islam.

“These preachers would come to our business every day and try to talk us about becoming a Muslim.

“But, like I say, we are all well-educated and we know the ways of Christianity.

“When they saw that we were not going to be talked round, they used force against us. One day, in 2007, people came and shot bullets through the glass of the office.

“They tried to murder us, basically. 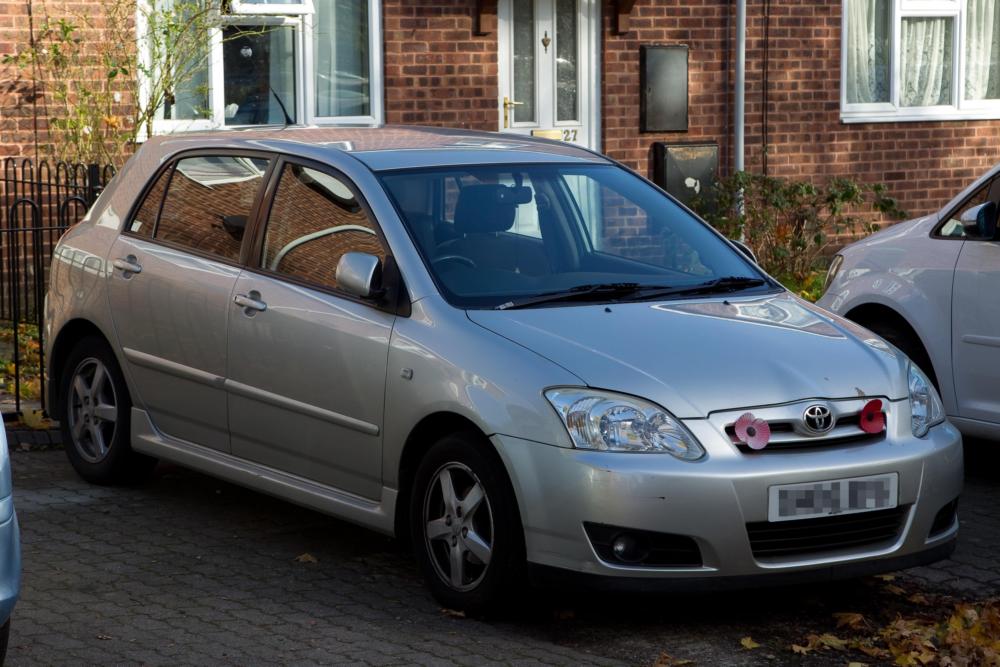 “Thankfully we all survived, but my wife and I moved to England afterwards, because it was too dangerous to stay.

“We wanted to be somewhere where we could show our faith openly.

“I have had that car for four years, and I have always had the poppies on the front of it and the cross.

“I never take them off. Sometimes, if someone comes round and steals the poppies, then I have to put new ones in.

“But I will never drive around without the poppies.

“I am a huge supporter of the British Armed Forces and the work that they do around the world to stop the bad people and to make us safe.

“For a long time I have given money to charities like Help for Heroes and the Poppy Appeal, because I respect what they are doing in protecting us.

“I want to salute their good work, and the poppies show that.

“These persecutors cannot stop me from showing my support, and I want to put more poppies on my car.

“I am going to put on as many as I can – maybe two more or four more – because I am not scared of anything or anyone.