Monkeys unwind at the end of a stressful day with spa therapy – just like humans, say scientists. Snow monkeys use hot springs to reduce stress – as well as keep them warm, according to new research. The macaques are a popular tourist attraction in Nagano in northern Japan as they soak in the steaming […] 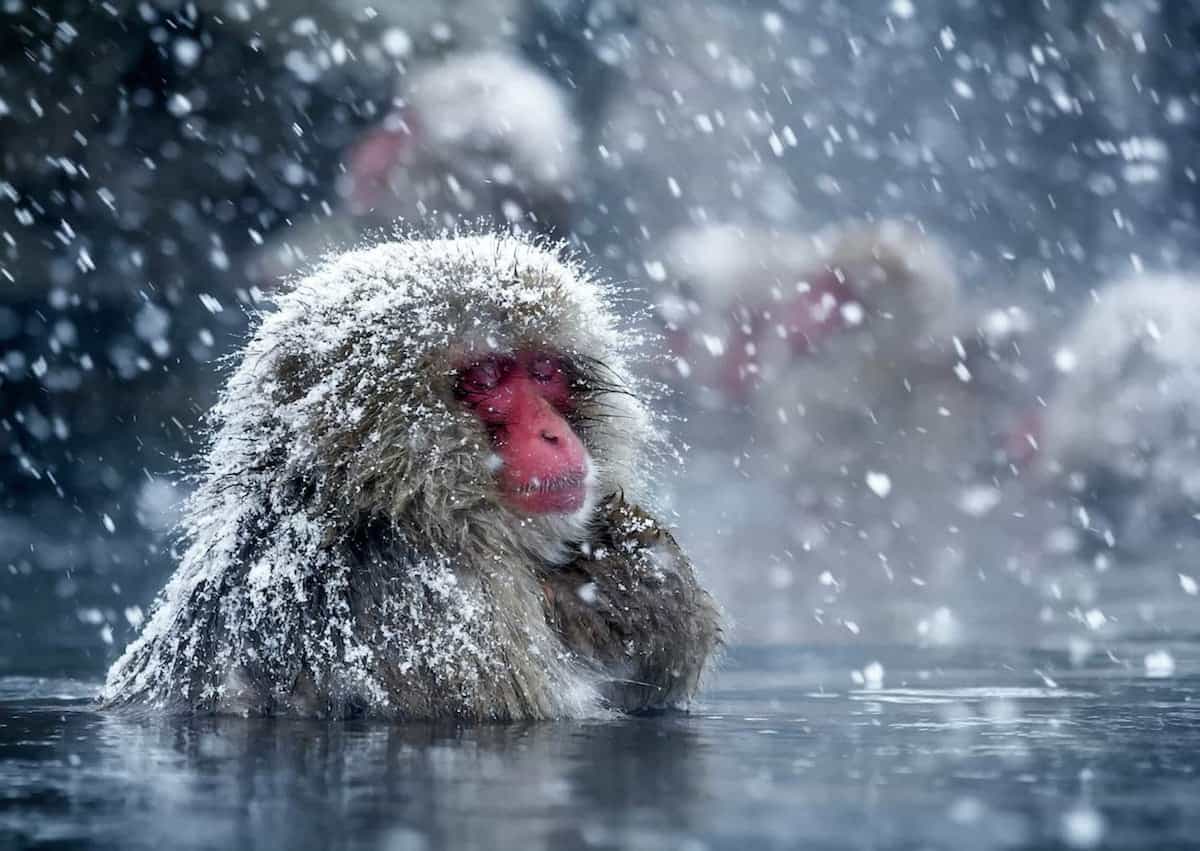 Monkeys unwind at the end of a stressful day with spa therapy – just like humans, say scientists.

Snow monkeys use hot springs to reduce stress – as well as keep them warm, according to new research.

The macaques are a popular tourist attraction in Nagano in northern Japan as they soak in the steaming baths.

It was assumed they were simply trying to warm up during the chilly winter months when snow blankets the region.

But experts who observed 12 female Japanese macaques aged five to 24 at the Jigokudani Yaen-Koen monkey park in Nagano found there was more to it.

Dr Rafaela Takeshitaat, of the Primate Research Institute at Kyoto University, said: “The study showed bathing in hot springs is beneficial not only for people but for Japanese macaques too.”

Her team examined the bathing behaviour of the monkeys during the spring birth season and winter mating season.

They also collected their faeces to measure a chemical called glucocorticoid – a hormone that regulates stress and body temperature.

They found levels were about 20 per cent lower on average after the monkeys had bathed.

Dr Takeshita said for humans a hot bath is the perfect way to end a stressful day – and the same is true for monkeys.

She said: “The study showed bathing in hot springs is beneficial not only for people but for Japanese macaques too.”

They were more likely to use the springs during winter – and especially during the season’s coldest weeks.

The study published in Primates says the spa treatment may have other benefits – perhaps increasing both fertility and longevity in the macaques.

“We also want to study the relationship between bathing and their reproduction and longevity in the future,” she said

Dr Takeshita said: “This indicates that, as in humans, the hot spring has a stress-reducing effect.”

It suggests monkeys who regularly bathed were more able to deal with the stress of living in such icy conditions.

Snow monkeys are the world’s most northerly species of primates – apart from humans.

They are adapted to living in extremely cold climates with thick layers of fur that keep them warm through the winter months.

The bathing phenomenon was discovered in 1963 when a young female macaque was spotted in an outdoor hot spring belonging to a local hotel.

Since then, many other local monkeys have copied the behaviour and the park management has even built the monkeys their own private spring.

She said: “This unique habit of hot spring bathing by snow monkeys illustrates how behavioural flexibility can help counter cold-climate stress, with likely implications for reproduction and survival.”

As part of their study her team also wanted to assess whether the daily influx of admirers into the park had any effect on the macaques’ stress levels.

They found that despite the 500 visitors coming to see them in the park every day, the monkeys’ stress hormone levels were unaffected by the presence of tourists.