Tom Payne, 25, who makes YouTube videos of coming out, said two homophobic thugs beat his partner unconscious before punching him twice in the face. 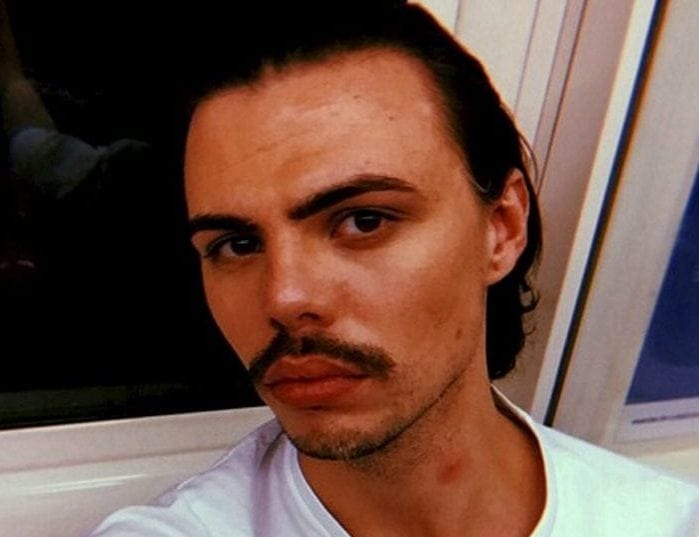 A gay man was knocked out in a chicken shop for giving his partner a peck on the cheek.

Tom Payne, 25, who makes YouTube videos of coming out, said two homophobic thugs beat his partner unconscious before punching him twice in the face.

Tom met Sean – who was celebrating his 26th birthday – on a night out before they were called “faggots” before being assaulted in Wood Green, north London.

Sean, who was travelling from Australia, was left bleeding from the mouth and passed out before being taken to hospital in the early hours of Thursday.

Tom told of the attack outside the Hardies chicken shop in an online video which shows him with a black eye and has been viewed tens of thousands of times on Facebook.

He urged people to report the thugs to Scotland Yard. A police spokesman said no arrests and enquiries into the alleged assaults continued.

Tom, who has lived in the area for nearly three years and works as a host in a restaurant in Convent Garden, said: “My housemate and I were on this night out to GAY Lane. For me it was a night that was going so well because I never get attention on nights out and finally it happened.

“This guy was talking to me, we had really good fun – he is as much of an idiot as me. We came back together and we went to the Hardies chicken shop. 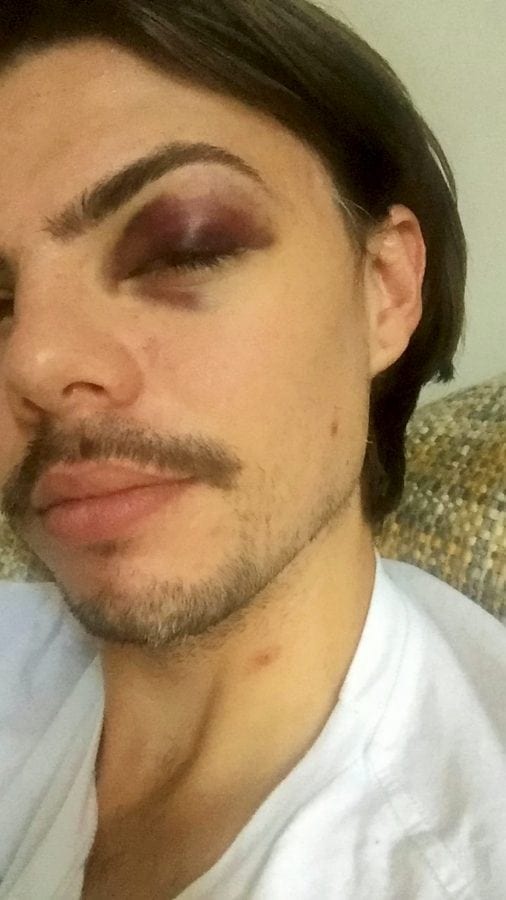 “Before we’ve gone in he’s just pecked me on the cheek and I told him don’t do that because of the area.

“It was just the three of us. You can tell I’m a gay man, and with the three of us it was obvious we weren’t heterosexual alpha males and that night specifically made me feel like a target.

“We go in anyway and we were just laughing and joking, the three of us and I think he pecked me on the cheek again and from that these guys have come in and instantly it felt like I was a chicken stuck in a coop.

“They weren’t British. They both had an accent, I’m assuming on of them was Turkish.

“We ordered food and suddenly we started getting these comment and pretty sure one of them was faggot.

“I was like, ‘oh god’, under my breath at Sean because we knew something was going to happen.

“The chicken shop man sniggered to himself – he allowed it to happen.

“Then they tried to move us out of the way and I said we were queuing. 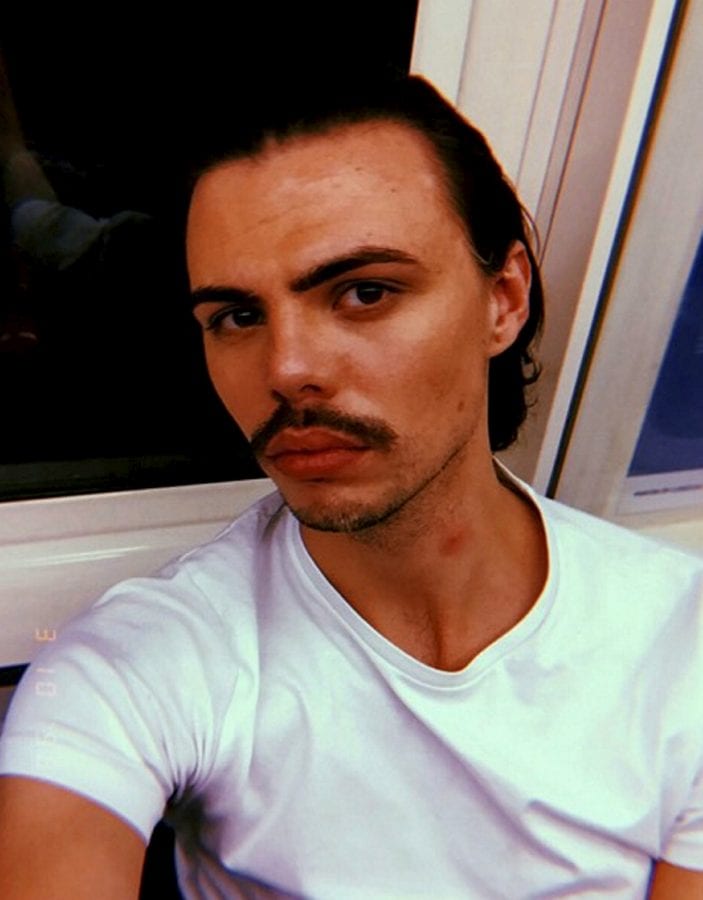 “The frustrating part was in we weren’t being in any way rowdy, we had our heads down because we knew something was going to happen.

“I said look guys I think we should go.:

Tom, Sean and his housemate Luke Marsh, 26, left but were followed outside by the pair.

Tom said: “My housemate was the first to walk out and I came behind him but when I got out I heard a massive thud and this guy has been punched out of the kebab ship in the head.

“They had literally squared up to him outside the shop. The two of them continued to punch him three, four maybe five times.

“It was all in the face and the head.

“He was bleeding from the mouth and his cheek was very swollen.

“I literally just threw myself in not thinking because I can’t let this guy get beat like that.

“From doing that I got pinched in the face twice and then my housemate he came over to stop them but got chased.

“I pulled Sean up the street with me. As I lay him down he kind of became unconscious, he was bleeding from his mouth.

“My housemate was on the phone to the police station and these two guys then came out of the kebab shop with their kebabs.

“The police eventually turned up and the ambulance does.”

Tom said the chicken shop owner told officers his CCTV didn’t work and added: “I said this is ridiculous. The police completely accepted that and did nothing to follow that through, to say, ‘can you please prove that’.

Tom, who runs Proud Crowd Youtube channel, said Sean needed treatment in an A&E centre but has been discharged.

He added: “I just feel so upset that people still think like that. It’s just frustrating more than anything.

“I just hop one day they pick on the wrong person. I do swish that they get their comeuppance and justice is served.

“With my channel I’m literally doing it to educate people and this is exactly what I’m trying to get away from, this has put me in a place where I’m more driven to fight it than ever.”

A spokesman for Scotland Yard said: “Police were called at approximately 4.40am on Thursday to reports of an altercation on Station Road, Haringey.

“Officers attended the scene alongside the London Ambulance Service and spoke to three men who alleged they had been assaulted.

“One of the victims, a male believed to be in his 20s, suffered head injuries and was treated at the scene.

“He was taken to a nearby hospital by ambulance and his injuries are not believed to be life changing or life threatening.