MaliceAh the yuppie thriller, a preserve of the late 80s and early 90s that dealt with the fear of home, family and prosperity being invaded by an outside source. There was an attempt to revive the subgenre a few years back (which failed with the release of The Resident, which played like it had sat […] 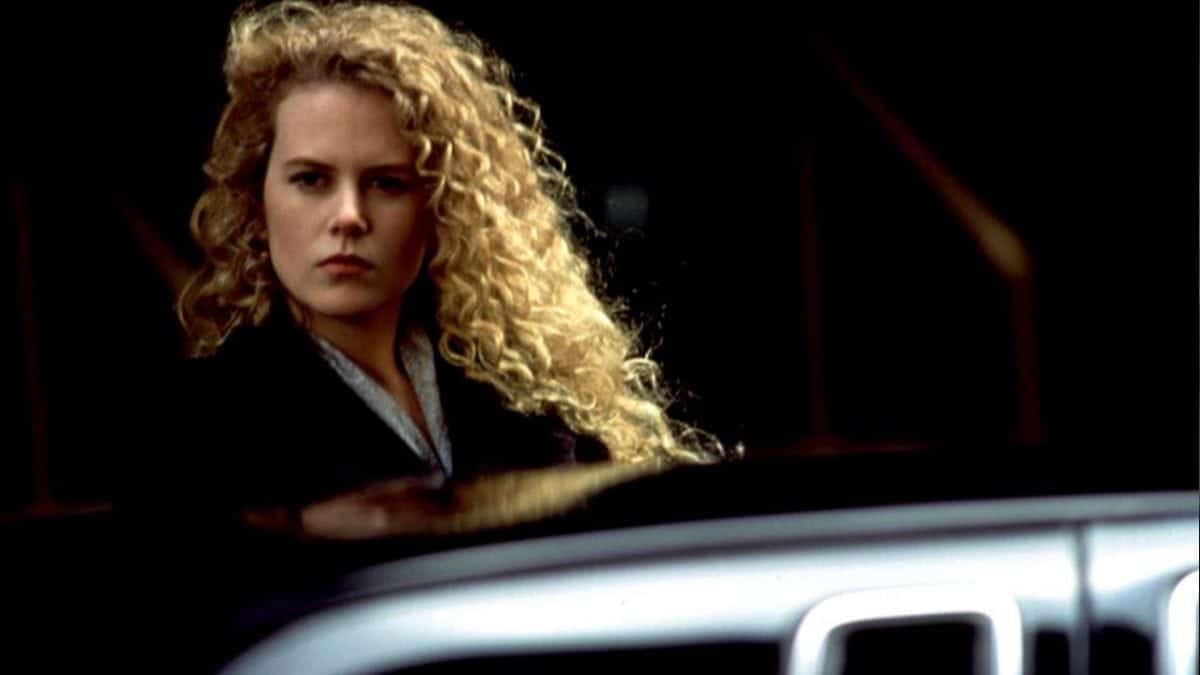 Malice
Ah the yuppie thriller, a preserve of the late 80s and early 90s that dealt with the fear of home, family and prosperity being invaded by an outside source. There was an attempt to revive the subgenre a few years back (which failed with the release of The Resident, which played like it had sat on a shelf since 1991), but Malice, along with our earlier subject Indecent Proposal, was one of the later gasps of the original cycle. It is, at least, a decent entry.

Andy (Bill Pullman) and his younger wife Tracy (Nicole Kidman) are trying to get pregnant. Struggling to get money together to fix the plumbing in their new home, they take Jed Hill (Alec Baldwin); a brilliant surgeon, newly arrived in town, who just happened to go to high school with Andy, as a lodger. Soon, a niggling health problem of Tracy’s becomes major and she ends up on Jed’s operating table, where he wrongly removes her ovaries. A lawsuit in which Tracy wins $20 million follows, but there may be more behind these events than meets the eye.

There is no doubt that Aaron Sorkin is a great writer but, for the first time, I only sporadically recognise his voice here. That may mean his story and screenplay (for which he shares credit with, respectively, Jonas McCord and Scott Frank) was heavily rewritten or just, as it sometimes seems, that he was playing a game of yuppie horror bingo with this project. You can almost read the ideas here off a list; the plumbing ticks off the real estate nightmare, the kid next door who appears to be watching Andy and Tracy have sex is the Rear Window influence, Jed moving in gets to the fear of emasculation, the serial rapist/killer subplot is both a classic – and stark staring obvious – red herring and plays on the fear of the outside as well as the interior fear of Jed. There are other fears at play here too, but discussing them would involve too many spoilers. By combining all these ideas into a melting pot of subgenre convention, the writing teams here do occasionally stumble into some interesting ideas, largely by leading us down a series of what out to be blind alleys. Another film might have been content to wrap up at, or soon after, this one’s when the lawsuit is settled. Malice continues to twist over and over, and yet still manages, eventually, to contort itself back into .

Thumpingly average though it is as a whole, there are things to recommend about Malice. It may be far from his most distinguished work, but veteran cinematographer Gordon Willis does help director Harold Becker find some strong images, with his trademark use of darkness proving especially strong. The leading performances are best described as solid. Bill Pullman makes a convincing college professor, but a less credible husband for Nicole Kidman – though this may be something Becker intended in the casting – either way, the role he ends up playing in the film’s second half is one Pullman would take further and do much more the next year (we’ll come to that in Flashbacks to 94). Kidman has always had , but at this the venom she needs for certain scenes isn’t really there. Alec Baldwin, however, is ideally cast as the arrogant doctor and he’s clearly having a lot of fun in the deposition scene when he’s asked if he has a God complex, it’s just overripe enough. There is also amusement to be found here in playing spot the cameo as Gwyneth Paltrow (who we’ll see in a much better role next month), Tobin Bell, Sorkin regular Joshua Malina and Ann Cusack all pop up briefly.

Malice is almost the definition of middling; it’s got some great actors, but none of them here, it’s got a great writer who is clearly paying the bills this time, it’s got some clever twists and yet still manages to end up very obvious. It’s a good example of what the yuppie thriller was and why, ultimately, it’s a part of the 90s I’m not nostalgic for.

Cool Runnings
We are often told that a film is based on a true story, but that can mean anything from Zodiac’s scrupulous dedication to at least a particular idea of the truth to the simply made up caption that introduces Fargo. This story of the first Jamaican bobsled team, who went to the Calgary Olympics in 1988 is, you might say, suggested by a true story. The first Jamaican bobsled team did go to the Olympics in 1988. They also crashed. The rest is essentially fiction, but it is at least entertaining fiction.

In the film’s telling, elite Jamaican sprinter Derice Bannock (Leon) misses out on the Olympic team when he and two of his competitors fall in the qualifiers. Still determined to follow in his father’s footsteps and be an olympian. After seeing a picture of his father and hearing that the other man in the picture was an Olympic bobsledder he seeks out the now disgraced Irv Blitzer (John Candy) and sets about trying to get a Jamaican team to the 1988 winter Olympics.

The real story is quite different: two white Americans saw both the connection between bobsledding and Jamaican pushcart racing and the potential for using sprinters in bobsledding and approached the Olympic committee about setting up a team, most of which they found by recruiting from the army. However, it’s easy to see why changes were made for the film. While the real story is fascinating, giving Derice and the rest of the team a backstory about missing out as sprinters and making Derice the driving force behind founding the team gives the film’s black characters greater agency, and allows us to follow them on what feels like a more personal journey.

Leaving aside issues of what is true and what is made up, Cool Runnings remains a fun watch. The team fall into easily categorisable roles. Derice is the driven leader, his lifelong friend Sanka (Doug E. Doug) is the joker, Yul Brenner (Malik Yoba) is the tough guy who might just have a soft centre and Junior (Rawle D. Lewis) is the rich kid whose Dad wants him to give up sports for something more ‘useful’. The roles are somewhat cartoony, but you have to remember that this is a Disney movie, pitched largely at , so it’s fine to paint with broad strokes. The actors all do solid work. Doug E. Doug lands most of the jokes, Yoba warms his character up credibly throughout the film, his interaction with Lewis allowing both characters and performances to progress, and Leon is charismatic enough to make for a convincing team leader. It’s not that deep, but it’s effective.

Though there were two more roles he had largely completed before he passed, Cool Runnings was the last of John Candy’s films to be released while he was alive. Still much missed, Candy had a warm presence that is perfect for his role as Irv, who we find in a bar, long out of and initially uninterested in the idea of a Jamaican bobsled team. His arc is predictable; prickly to begin with but coming to view the team almost as family as he sees their dedication, Candy plays it beautifully; he’s able to hit punchlines with precision, of course, but it’s in his more emotional moments – appealing to the IOC to let his team compete, for instance – that he truly excels.

As I mentioned previously, the film changed much of the true backstory, and while it is easy to see why a Disney film would want to have easily defined villains, it is a pity that in this telling we see all the other bobsled teams as fairly scathing in their attitudes to the Jamaican team. In reality, other teams were supportive and friendly, even lending the Jamaicans a backup sled (obtained in a different way in the film) so they could qualify. While the film doesn’t entirely villanise the other teams, it would have been nice, and to my mind no less dramatic, to see this sportsmanlike dynamic reflected.

This isn’t an especially complex film. Director Jon Turteltaub (whose previous film had been 3 Ninjas, his latest is The Meg, released just a few months ago) doesn’t do anything outside the box here, but he marshals all the elements well and makes the pushcart driving and bobsledding sequences exciting to watch. He also nails the inspirational moments, particularly in having the team carry their over the finish line on their shoulders (an embellishment, but one that hits the right emotional place). I can’t pretend this is either a huge childhood favourite or a film I hold in massively high regard as an adult, but it’s warm hearted, fun, and in 25 years hasn’t lost any of its .