Father Bernard Green admitted indecently assaulting a 13-year-old boy at one of the world's most famous Roman Catholic public boarding schools in 1995. 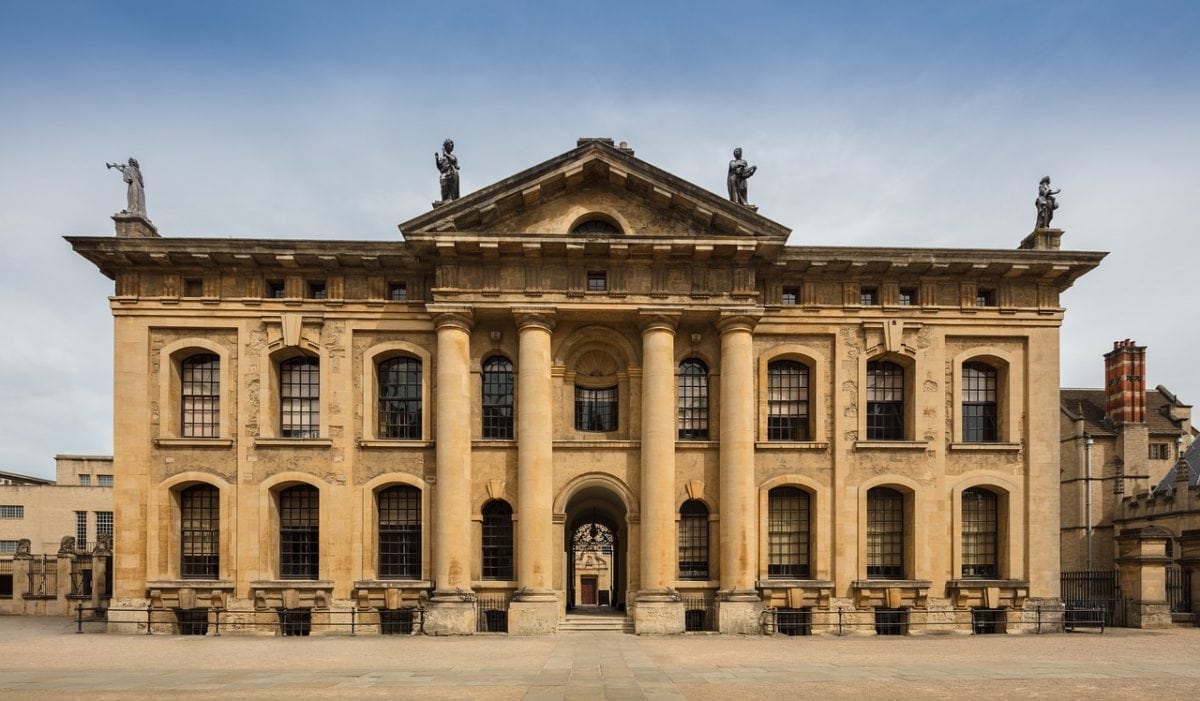 A convicted paedophile monk taught at the University of Oxford for 12 years after being banned from the profession, a shock report has revealed.

Father Bernard Green admitted indecently assaulting a 13-year-old boy at one of the world’s most famous Roman Catholic public boarding schools in 1995.

The Oxford-educated ex-housemaster at Ampleforth College’s case was covered in national newspapers at the time.

The English Benedictine monk was also banned from unsupervised contact with under-19s by the Department for Education (DfE) that year.

But the Independent Inquiry into Child Sexual Abuse has revealed he taught at the university from 2000 to 2012 – becoming director of studies of Theology at Oxford in 2004 – while continuing to download indecent images of children.

Its investigations also found Green, who died in 2013, got a final written warning from the University after being accused of sexually assaulting a 19-year-old undergraduate in 2005.

He was finally fired in 2012 after reports of his “sexual misconduct” with two men were investigated and the ban was uncovered.

The report stated: “In February 1996, Fr Bernard pleaded guilty to one count of indecent assault on a child under the age of 14.

“He was sentenced to two years’ probation, with 50 hours of community service, mandatory attendance at a sex offenders treatment programme and a five‑year registration on the Sex Offenders Register.

“In July 1996, Fr Bernard was banned from undertaking teaching or related work by the DfE.

“This included work in independent schools and further education institutions, as well as any work with children or young persons under the age of 19.”

Major national newspapers including the Times reported that Green admitted indecent assault a 13-year-old in the dormitories at Ampleforth College in North Yorkshire.

Reports said he gave his address as St Benet’s Hall, a permanent private hall of the University of Oxford, which is run by Ampleforth Abbey, to Malton Magistrates’ Court in 1996.

The IICSA report stated: “In October 1998, Fr Bernard moved to St Benet’s Hall, a permanent private hall of the University of Oxford, as he was to begin to study for a doctor of philosophy. In 2000, Fr Bernard began teaching at Oxford.

“That teaching was in breach of the restriction that had been imposed by the DfE in 1996 as it would have brought him into contact with students below the age of 19, though it was only some time later that Ampleforth came to realise this.

“In June 2005, a 19‑year‑old undergraduate claimed that Fr Bernard had harassed him. A disciplinary panel convened by the university found that he was guilty of serious misconduct. He was issued a five‑year final written warning.

“The abbey’s investigation was inconclusive. In June 2012, Fr Bernard was dismissed from all roles at St Benet’s Hall following a review of his case which revealed that he had been barred from teaching under 19s by the DfE since 1996.

“He died in 23 March 2013. After his death, an examination of his computer by university authorities found that, contrary to the views of the earlier psychiatric report, he had downloaded indecent images of children.”

The former member of Oxford’s Faculty of Theology and a Joint Chairman of Graduate Seminar in Patristics tutored at at least seven colleges between 2000 and 2012.

He tutored at colleges including Keble, Trinity, Worcester, St John’s, and Corpus Christi as well as St. Benet’s and was a Director of Studies in Theology from 2004 at St. Benet’s and Christ Church college.

Green faced University disciplinary proceedings after being accused of harassing a 19 year old male undergraduate at an undergraduates’ picnic on Port Meadow in Oxford in 2005.

The IICSA inquiry said the proceedings concluded that it “did not interpret Green’s touching as a sexually-motivated contact and whilst very concerned at the verbal comments, accepted Green’s explanation for making them.”

A spokesperson for the University of Oxford said: “The revelations of this important report are deeply troubling and we are looking into the points raised by it.

“The welfare of our students is an important priority for the University and we regularly review our safeguarding code of practice and pre-employment screening guidance.”