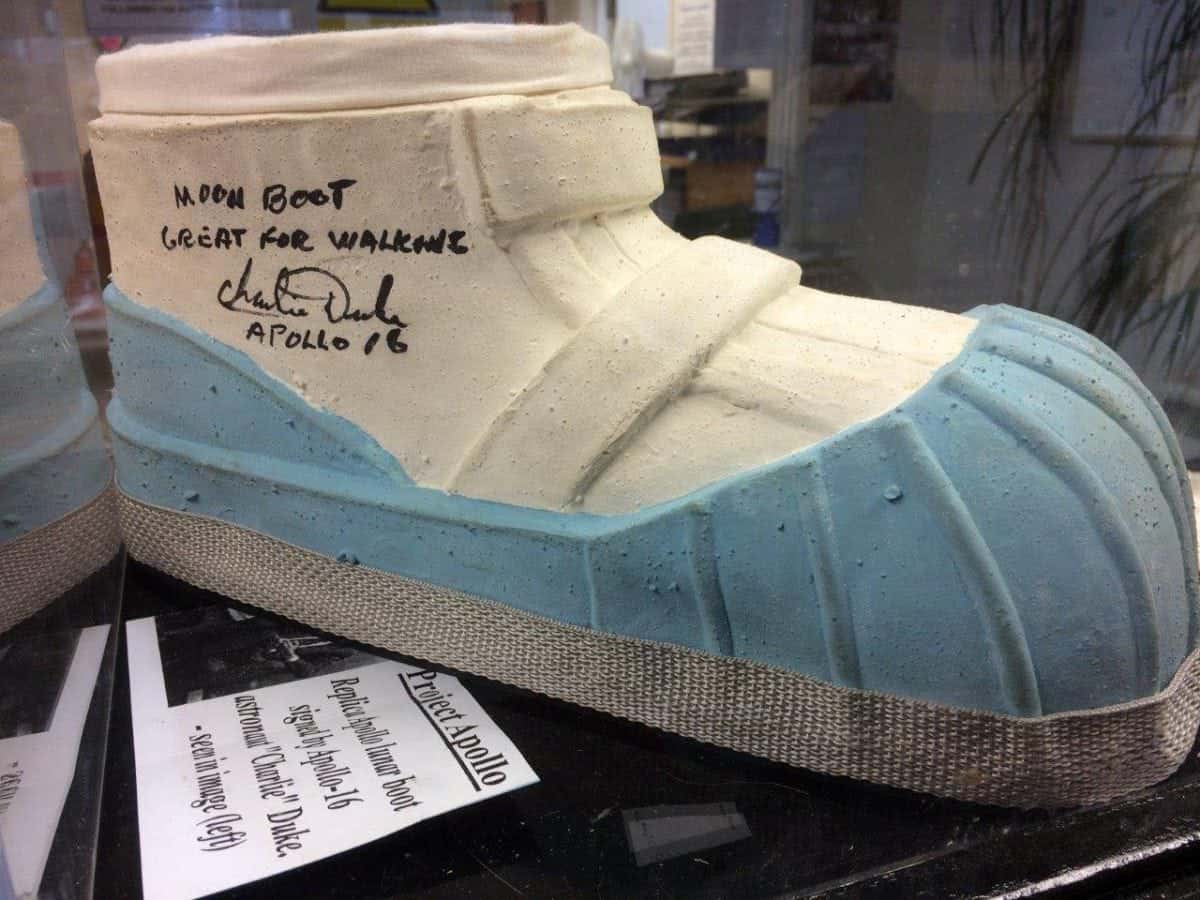 Parts of an Apollo spacecraft, a Russian cosmonaut’s helmet and even a bottle of lunar WINE are tipped to fetch thousands of pounds at auction. 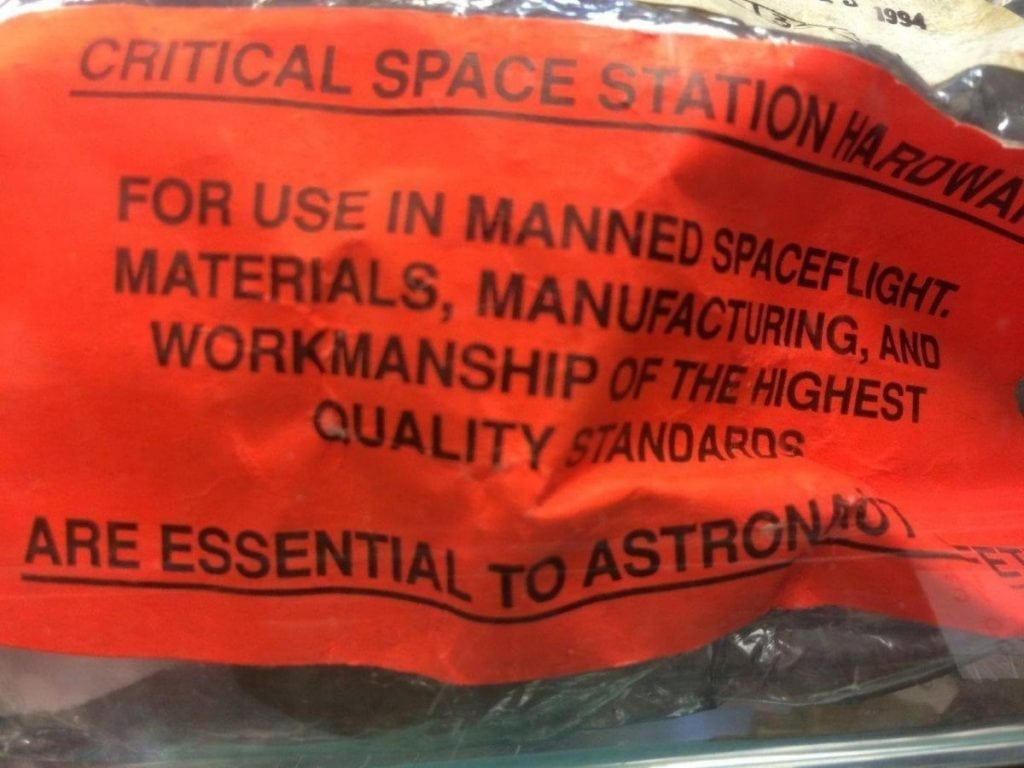 They include a space helmet used and signed by Russian cosmonaut Alexsandr Yolkov during high altitude training ahead of his mission to Salyut 7 in 1985.

A bottle of ‘space white wine’ taken up by the cosmonauts is also being sold along with a replica moon boot signed by the Apollo-16 astronaut Charlie Duke.

Mr Parker, 71, from Newcastle-under-Lyme, Staffs., said: “As I approach my 72nd birthday, I believe it’s time to ensure my collection of historic spaceflight hardware items and paper documents will continue to be utilised to record the first golden age of space exploration by auctioning to interested parties. 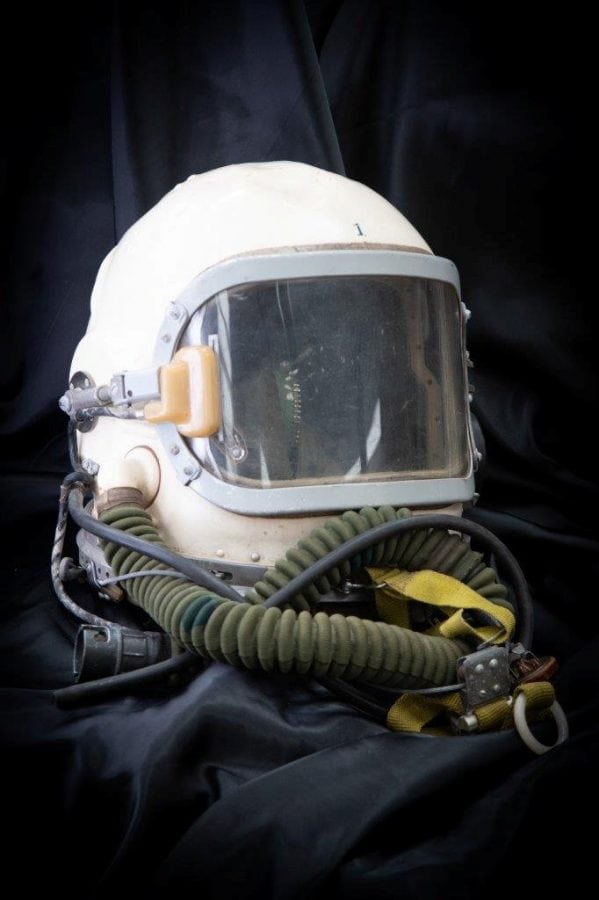 “The space memorabilia I’ve amassed has come from many sources. For instance, Apollo computer hardware designer Eldon Hall, together with several engineers in Houston, was rebuilding an Apollo computer from spare parts in the late 1990s.

“The engineers read my Apollo computer article and contacted me.

“They offered me Apollo computer spare parts, like the rope and logic modules in this auction. 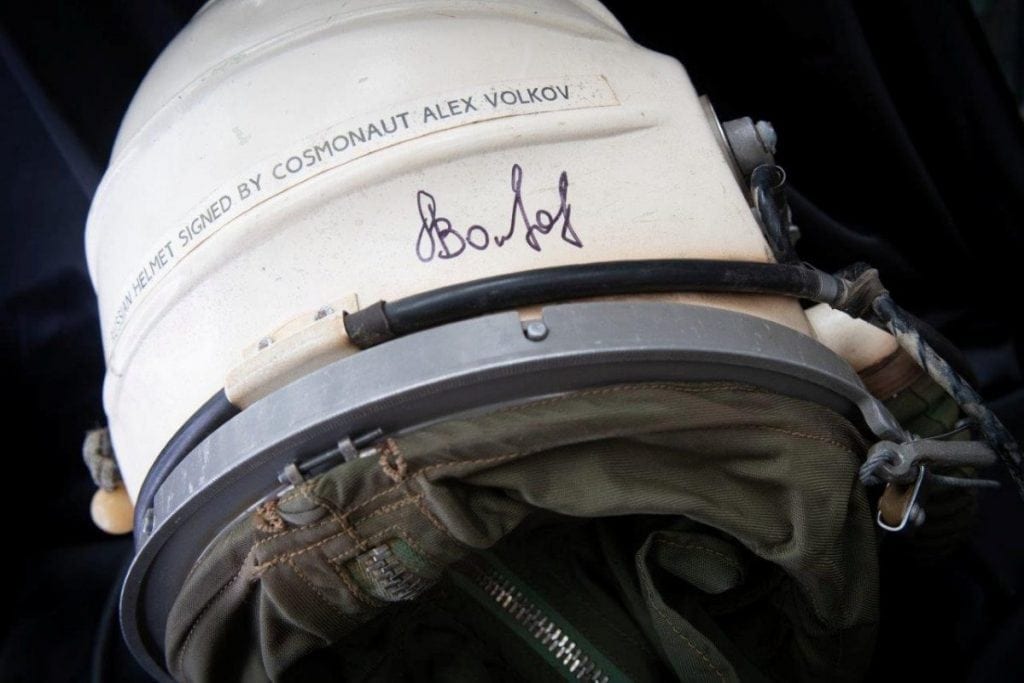 “Also, when I was researching the Apollo computer article, I contacted dozens of NASA and MIT software engineers and amassed documents about the computer. Some are in the sale.”

Among the incredible collection for sale is an Apollo spacecraft power sub assembly worth is expected to sell for £1,000; space shuttle cables for £160 and a test fired lunar module lander ascent stage and rocket valve going under the hammer for £2,000. 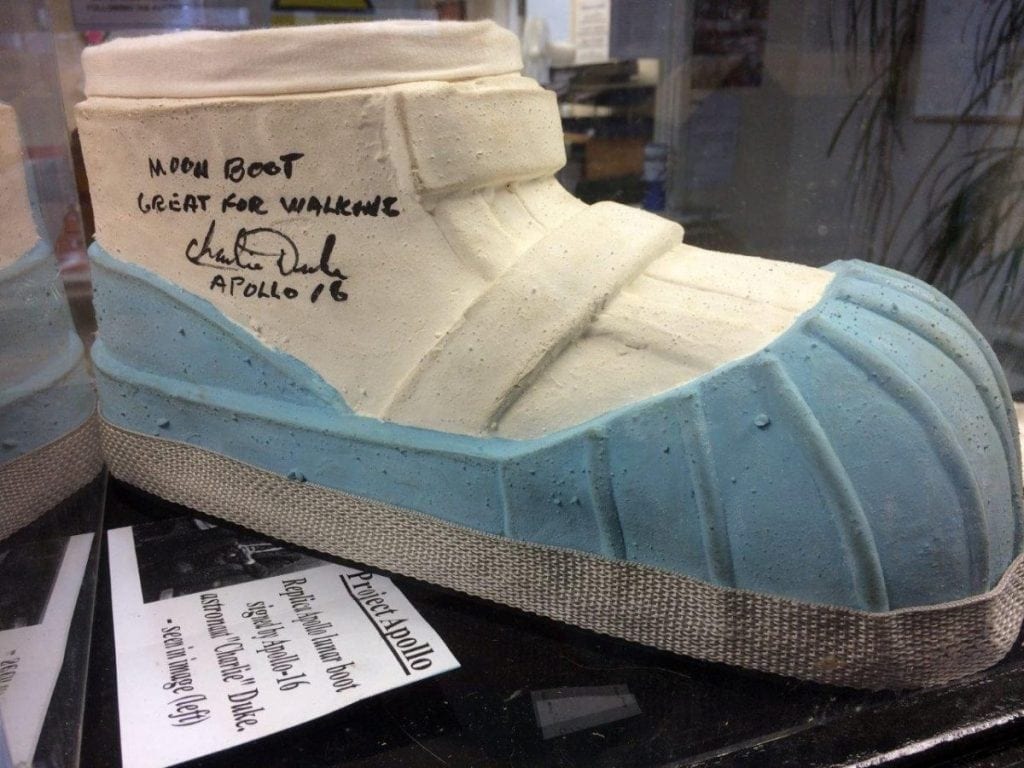 More bizarre items include a grapefruit and pineapple drink tube which is tipped to fetch up to £550; flown-in-space tomato seeds worth £70; and a MIR international spacesuit which is expected to sell for up to £300.

The collection also boasts autographs from America and Russian astronauts including Neil Armstrong, the first man on the Moon in 1969, and fellow Moon walker Buzz Aldrin. 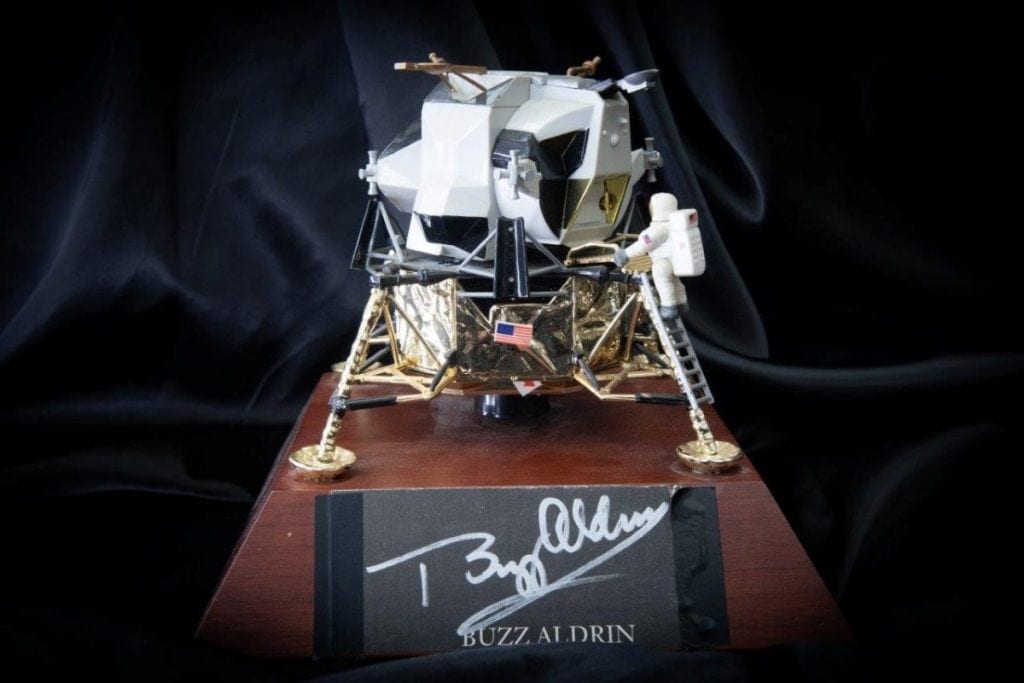 The Phill Parker Collection of Space Exploration Memorabilia will go under the hammer at Derbyshire’s Hansons Auctioneers on September 3.

Auctioneer Charles Hanson said: “The world is fascinated by all things celestial and, thanks to Mr Parker’s passion for his subject and privileged position as a member of the press, his collection is astonishing.

“This man is held in such high esteem by the space fraternity, his articles are used by NASA on their Apollo History Project websites including one on the Apollo computers.

“In fact, Neil Armstrong wrote in a letter to Phill that he’d ‘learn a lot more about his [Apollo] computer after reading Phill’s article. Praise indeed.”