After a phenomenal first week of campaigning, this year’s Veganuary movement has already been a resounding success, with the campaign having passed 225,000 sign ups for its vegan pledge. Today speaking in the Houses of Parliament at an All Party Parliamentary Group (APPG) meeting on Veganism and Vegetarianism in Britain, Veganuary will use the opportunity […] 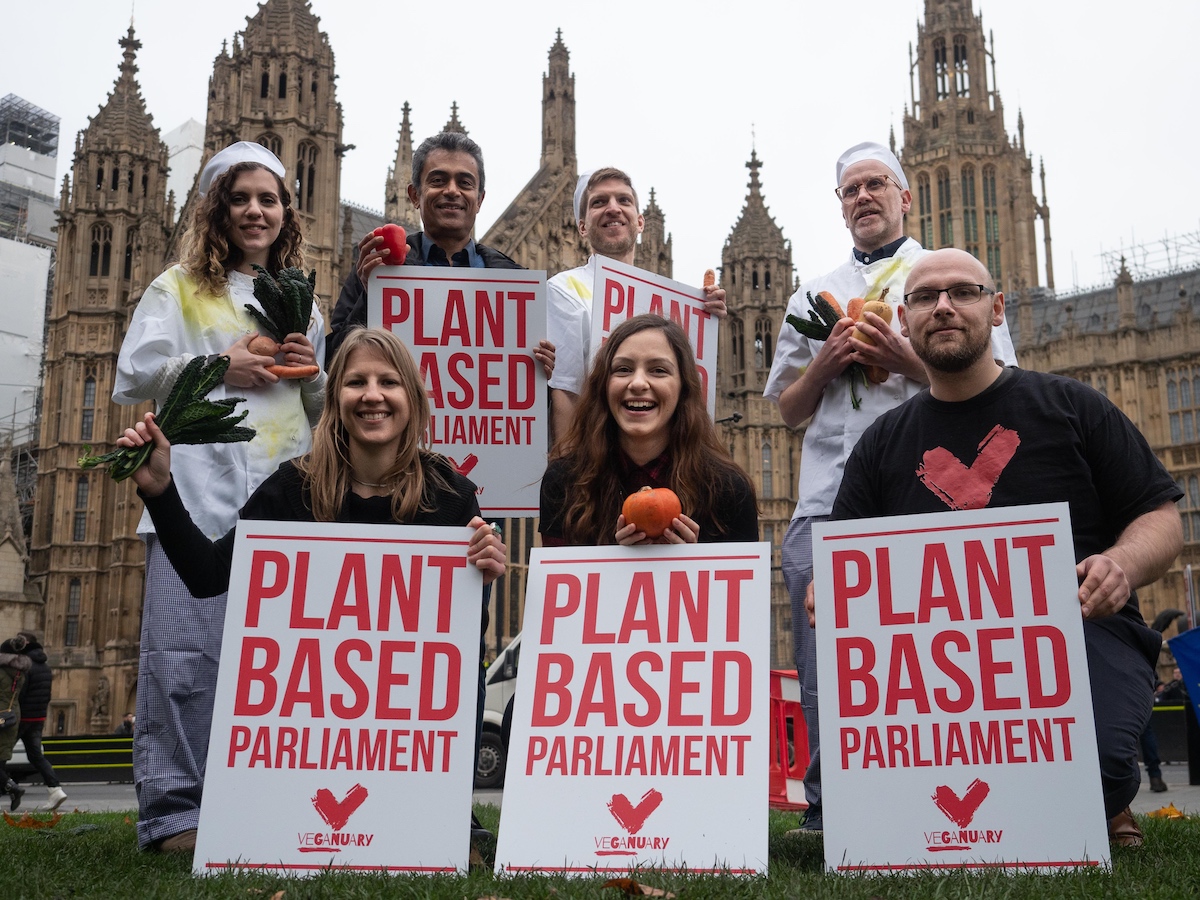 After a phenomenal first week of campaigning, this year’s Veganuary movement has already been a resounding success, with the campaign having passed 225,000 sign ups for its vegan pledge.

Today speaking in the Houses of Parliament at an All Party Parliamentary Group (APPG) meeting on Veganism and Vegetarianism in Britain, Veganuary will use the opportunity to call on politicians to support a Plant-Based Parliament for January 2020.

On Veganuary’s parliamentary campaign, Rich Hardy, Head of Campaigns at Veganuary, said: “The Government has so far done little to heed the advice of the scientific community, which states that reducing meat and dairy consumption is vital if we are to avert catastrophic climate change. While the public appetite for everything vegan continues to skyrocket, this has not been matched by policy or political leadership. Claire Perry MP, the minister whose job it is to tackle climate change, recently refused to recommend that people reduce their consumption of meals like steak and chips. Trying vegan for January by switching to tasty plant-based alternatives in the cafeterias of Parliament would be a simple step to take for our elected representatives to lead by example, to show they’re serious about tackling climate change and protecting public health.”

Moreover, Veganuary has also called on politicians to adopt a plant-based diet for this January. While Prime Minister Theresa May is yet to sign up, several politicians have shown their support towards the campaign. Conservative MP Andrea Jenkyns and Baroness Jones of Moulescoomb (Green) are both following the Veganuary pledge through January, while others have sent messages of support for our campaign and vegan living.

Darren Jones (Labour) MP said: “I’ve been a vegan since 2015, and I can recommend veganism’s benefits in terms of both nutrition and relative lack of environmental guilt. Veganuary is a great way to get started, especially as the record numbers of people signing up means that you’ll have loads of people in the same boat as you. Plus, it’s an opportunity to annoy Piers Morgan.”

Caroline Lucas (Green) MP, who earlier this week called for a ‘meat tax’ in the UK said: ‘‘Veganuary provides a great opportunity for people to cut out meat and dairy for a month in January. It’s an inspiring and engaging campaign, and one that will help you reduce animal suffering, protect the environment and improve your own personal health.”

David Drew (Labour) MP said: “Due to my strong affiliation with Forest Green Rovers I will be eating plenty of lovely vegan food throughout January!”